The 1619 Project, launched last year by The New York Times Magazine, injected the question of slavery into the core of the traditional narrative of US history. It raised the question not only of what counts in history but how history is taught. Implicitly, it calls into question the great dogma inculcated by schools and the media into generations of Americans: that they are citizens of the “greatest nation on earth.”

The liberal Times editors knew what they were doing when they decided to promote the project and glean the rewards that come from putting forward an original and potentially provocative thesis consistent with the Democratic establishment’s commitment to identity politics and the party’s quest for black votes. In effect, the 1619 Project seeks to magnify aspects of US history that promote civil rights and black identity.

The Uncertain Future of the Great Tradition of Propaganda

The 1619 Project turned out to be an immediate commercial success as “people lined up on the street in New York City to get copies.” It quickly earned several awards, including a Pulitzer Prize. The New York Times had clearly made the right bet. It even provoked the kind of reaction from conservative Republicans that the Times revels in, since its readership is 91% Democrat or leaning Democrat.

Republicans wasted no time coming to the defense of traditional history. Mike Pompeo, Josh Hawley, Tom Cotton and Ted Cruz attacked the project for undermining what they deem to be the true vocation of history, whose purpose, as it is taught in schools, is to bolster Americans’ belief in their institutions. Senator Cotton even defended the institution of slavery as a “necessary evil,” passing it off as an innocent accident of history that was easily rectified by Abraham Lincoln (at the cost of 600,000 American lives).

The New York Times then discovered an unanticipated problem. Some of its own editorialists are uncomfortable with the idea of giving such prominence to the question of slavery, not because it might dim the glory of past heroes, but possibly because it risks casting a shadow on the nature of the American economy itself, an institution The Times prefers to protect and promote.

Times editorialist Bret Stephens, a lifelong Republican, underwent a conversion in 2017 in reaction both to President Donald Trump, whom he refused to vote for, and to his party’s support for the alleged pedophile Roy Moore in Alabama. He declared on that occasion that he “can never vote Republican again.” In an op-ed last week, Stephens felt impelled to announce and explain what nevertheless amounts to his alignment with Trump and other Republicans who have taken a stance against the 1619 Project. Trump himself has proposed to withhold federal funding from states that adopt the program.

In an involved rhetorical exercise, Stephens begins by acknowledging that the ambitious project had “succeeded.” He congratulates its principal author, Nikole Hannah-Jones, on her “patriotic thought.” He then goes on to develop his subtle thought on the distinction between journalism and history, before citing everything that’s wrong with the 1619 Project. His main charge is that “it issued categorical and totalizing assertions that are difficult to defend on close examination.”

“The Revisionaries,” a documentary released in 2013, revealed the disproportionate influence on the teaching of history of the Texas State Board of Education. It explains how the Texas Board “has the power to shape the textbooks that children around the country read for years to come.”

More recently, Times correspondent Dana Goldstein highlighted the ideological contrasts between history textbooks produced in Texas and California. If Stephens is truly concerned by assertions that cannot be defended on close examination, he might want to examine the current textbooks children use. As Goldstein points out, “Conservatives have fought for schools to promote patriotism, highlight the influence of Christianity and celebrate the founding fathers.”

Goldstein cites some examples. Concerning the issue of immigration, the Texas but not the California textbook contains a clearly “totalizing assertion” designed to please President Trump: “But if you open the border wide up, you’re going to invite political and social upheaval.” On climate change, the Texas textbook asserts “that American action on global warming may not make a difference if China, India, Russia and Brazil do not also act.” This is patently absurd, since anything that the “greatest consumer nation on earth” does will always make a difference.

Stephens blames the 1619 Project for provoking a political reaction, something he apparently believes both journalism and education should avoid at all costs. “This was stepping into the political fray in a way that was guaranteed to invite not just right-wing blowback, but possible federal involvement,” he writes. But conservatives can always be counted on for blowback against anything that calls into question their dogmas.

In his essay, “The Missing Key to the Texas History Textbook Debate,” educator Kyle Ward reviews the history of US  history textbooks, a narrative that begins in 1826. That first textbook by Joseph Worcester launched the still persistent theme of the nation’s exceptional “greatness.” As an example, Ward cites Worcester’s totalizing assertion concerning Christopher Columbus — that “the discovery of America was the greatest achievement of the kind ever performed by man; and, considered in connection with its consequences, it is the greatest event of modern times.”

For well into the 20th century, all the history textbooks that followed — at least until Howard Zinn’s “A People’s History of the United States” — “told a similar story: that progress, democracy and the American people were all good; especially if said were white Protestants.” Schools “had one goal in mind when teaching history: to make every student a good, patriotic citizen.”

Textbooks did evolve. In the latter half of the 20th century, the idea of becoming “a good, patriotic citizen” began to include the complementary idea that a good citizen was also a good consumer. Once history could go beyond recounting the deeds of great leaders and violent warriors, questions such as flight to the suburbs and consumerist culture could be included and treated both as social problems to be studied and specifically American achievements, on a par with the discovery of America.

The 1619 Project undoubtedly contains some factual errors and exaggerations. All histories do. Certain events it highlights may or may not merit the attention given to them as to their impact on the course of history. But every historical narrative does precisely that by selecting what best illustrates and accounts for specific factors of change at work at any given time.

Bret Stephens objects to his newspaper’s appeal to the idea of truth. “It is finally time to tell our story truthfully,” the Times Magazine proclaimed on its on its 1619 cover page. Stephens legitimately casts doubt on its truthfulness, citing historians who have critiqued its details. But no matter how well researched, history is inevitably a story, not a repository of scientific truth. Stories are never true in the scientific sense. The traditional narrative highlighting the founders’ foresight and America’s greatness is one story. But as a story, it depends on excluding other narratives, such as the 1619 Project.

Stephens pleads the case for history that focuses on a guiding ideal — Thomas Jefferson’s “all men are created equal.” But history is rarely about imposing ideals. It is about establishing and consolidating power. 1776 was clearly about power. If we had access to Jefferson’s mind when he set out to challenge the English king, we would most likely discover that his idea was closer to all British men of means are created equal. He wasn’t thinking about humanity in general, but about a group of people who had created a community on the east coast of North America.

Kyle Ward deserves the last word: “At the end of the day, it is not the history textbook that educates students about America’s past, but rather the teachers who develop the lesson plans, organize the instruction and assess students on what they know about history.” The meaning of history can never be found in the content of textbooks. It exists in the shared understanding developed between real people, whether members or a community or teachers working with students. 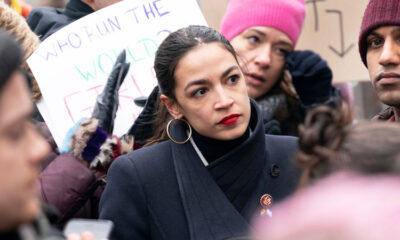 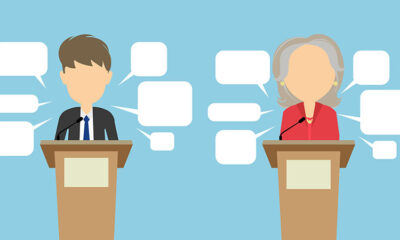 The History of Women Running for Office