The New York Times describes HCA Healthcare as “one of the world’s wealthiest hospital chains” whose profits over the past two years have exceeded $7 billion.” But these are troubled times and HCA’s executives now understand that sacrifices must be made. The Times reports that “executives warned that they would lay off thousands of nurses if they didn’t agree to wage freezes and other concessions.”

The same article reveals an interesting detail: “A few weeks earlier, HCA had received about $1 billion in bailout funds from the federal government, part of an effort to stabilize hospitals during the pandemic.”

Preserve the status quo of an institution even at the cost of sacrificing everything that surrounds the status quo and, if imperiled, is likely to undermine the stability of society itself

HCA is not alone. The Times cites “a long list of deep-pocketed health care companies that have received billions of dollars in taxpayer funds but are laying off or cutting the pay of tens of thousands of doctors, nurses and lower-paid workers.” It adds that HCA’s chief executive earned $26 million last year. If stability was the concern, that undoubtedly helped to stabilize his personal financial situation, to say nothing of meeting his rent and electricity bills.

The most well-endowed hospitals in the list include Tenet Healthcare and Mayo Clinic. Presumably dedicated to serving the population’s needs in health care, these institutions “are collectively sitting on tens of billions of dollars of cash reserves that are supposed to help them weather an unanticipated storm.” When the storm came in the form of the COVID-19 pandemic, instead of using that reserve to weather it on their own, they lobbied Congress, which responded with a $15 billion bailout.

In the midst of a highly-infectious pandemic, the executives and their lobbyists convinced the politicians that this injection of cash should be thought of as a special kind of protective gear, designed in this case to protect the hospitals’ financial standing. At the very moment when the pandemic was raging and the executives were banking the money allocated by Congress, “employees at HCA repeatedly complained that the company was not providing adequate protective gear to nurses, medical technicians and cleaning staff,” The Times reports. They failed to understand that the hospitals needed the generous government bailout to keep their balance sheets looking healthy enough to justify their own exorbitant executive pay.

As everyone should know by now, the US Congress, in the guise of supporting small businesses, generously filled the coffers of many large enterprises and wealthy institutions. Congress released the equivalent of more than $4 trillion in liquidity that ended up in the hands, not of those who needed it for survival, but of those who know how to use it profitably.

In the eyes of Congress, powerful companies and institutions are the lifeblood of the economy. Allowing them to become anemic would harm the health of society. Their cries and moans were heard before those of small businesses and workers, if only because they and their lobbyists had an open communication channel to the decision-makers. Whereas the entire health care system of the nation was at risk of collapsing under the pressure of a pandemic, “the formulas to determine how much money hospitals receive were based largely on their revenue, not their financial needs.”

The idea behind the modern hospital emerged in the Middle Ages before undergoing a radical transformation with the emergence of capitalism. In the Christian West, certain monasteries followed the principle of medical charity. They welcomed and cared for the sick. The practice of charity evolved into the creation of monastic hospitals. Because almsgiving was the moral duty of every Christian, “alms were provided by kings, lords, yeomen, church congregations, and those on pilgrimage.” In the late Middle Ages, this spawned the creation of universities specialized in medical research, such as Bologna, Grenoble and Montpellier, where Francois Rabelais was educated.

“The hospital shall keep all patients, men and women, until they are completely recovered. All costs are to be borne by the hospital whether the people come from afar or near, whether they are residents or foreigners, strong or weak, low or high, rich or poor, employed or unemployed, blind or signed, physically or mentally ill, learned or illiterate. There are no conditions of consideration and payment; none is objected to or even indirectly hinted at for non-payment. The entire service is through the magnificence of God, the generous one.”

That was before the modern world discovered the principle that now defines the mission of hospitals, particularly in the United States. It can be reduced to a simple dictum: money is the root of all healing. For modern hospitals, health is a merchandise like any other, but with a potentially higher profit margin than most goods and services. A 19th-century marketing genius — the man who invented snake oil — discovered the amazing principle that modern consumers don’t like pain. This means that those who have the means will be willing to pay high prices for medicine, consultations and operations that promise to relieve them of their pain. Once that principle was fully understood, a true health care industry could emerge.

The principle even spawned extensions. Pain can be understood in different ways. When most of one’s other material needs have been met and even when a person is free of all illness, they may be “pained” by the size of their breasts (too small), their nose (too big), their ears (too wide), their head (too bald), deteriorating vision (natural for everyone) or the wrinkles on their face.

These considerations fall into a category of needs that never existed before modern times. It is called “quality of life expectations.” It opened up the highly profitable universe of “elective surgeries” that have become the lifeline of well-managed health care institutions. These are the same elective surgeries that the novel coronavirus — which causes the COVID-19 disease — has had the disastrous effect of postponing, severely reducing the hospitals’ capacity for profit and the likelihood of an end-of-year bonus for their executives.

Many people are now wondering whether we haven’t entered a new age in which the health of both human populations across the globe and the planet itself is in permanent mortal danger. This should lead to consideration of whether it isn’t time to change our approach to health. A for-profit health care system has revealed itself to be singularly unprepared to face new dangers. This is logical. All the actors in the health care sector have learned to take new initiatives only after calculating the potential for profit. When a pandemic or any other novel crisis arises, the suppliers have no time to elaborate on the economic model required to provide needed medicine, vaccines, treatments, protective equipment and human care.

One method for stabilizing the health care industry in the future might be for our culture to recall the ideas of Sultan Qalawun and find a way of rethinking health care in moral rather than in monetary terms. But that is highly unlikely in the US because it would sound suspiciously like that odious, radical idea: Medicare for All. 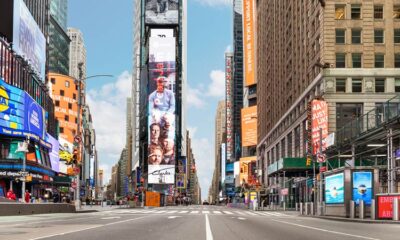 Marching to the Beat of a Mindless Drum 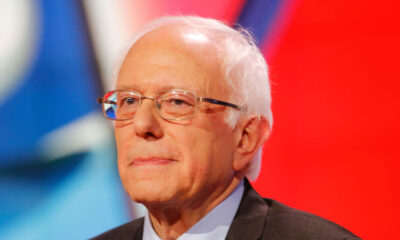