An article in Politico offers its scary take on a tweet by Representative Alexandria Ocasio-Cortez that the authors claim “terrified Trumpworld.” The headline informs us that “AOC wants to cancel those who worked for Trump.” The article ends by quoting one Trump loyalist who qualifies AOC’s assault as “literally fascism.” Newsweek upped the ante on the fear factor, with this headline: “Fox News Contributor Compares Alexandria Ocasio-Cortez to Nazi Germany over ‘Trump Sycophants’ List.”

What did this totalitarian, terrorist assault via Twitter consist of? And what dire consequences might it lead to? Here is Ocasio-Cortez’s text: “Is anyone archiving these Trump sycophants for when they try to downplay or deny their complicity in the future? I foresee decent probability of many deleted Tweets, writings, photos in the future.” Politico quoted a White House official who compares AOC’s request to ostracism: “I believe there is a life after this in politics for Trump officials, but the idea that a sitting member of Congress wants to purge from society and ostracize us should scare the American people.”

As practiced by the ancient Greeks: the exclusion from public life those who have committed a serious offense against the community. As used by today’s politicians and media: the expression of a wish to hold the honorable people in government accountable for their participation in offensive policies, in violation of one’s civic duty to thank them for their contribution.

Alexandria Ocasio-Cortez’s tweet literally urged Democrats to make the effort of preserving any ephemeral material evidence of commitment by members of the Trump administration to the extreme policies the same political personalities might later seek to deny. She specifically referred to social media when she identified the nature of such evidence: “Tweets, writings, photos.” Nothing about ostracism and nothing about lists of names, as some have claimed.

Why should she think this is important? There are two serious answers to this question. The first is that plausible denial has become an artform for politicians, who prefer not to be reminded of positions they have taken in the past that subsequently become unpopular. Ocasio-Cortez worries that future Republican opponents of Democrats will cosmetically seek to ameliorate their image by deleting evidence on social media of their unqualified embrace of Donald Trump’s extremism.

The second is that Ocasio-Cortez wishes to make life difficult for Republicans in future elections. She knows they will try to rebuild their party in the shadow of Trump, who will still be there to snipe at them. Trump is the prince of chaos. If, as many foresee, the party attempts a shift away from Trump’s populist wing toward its traditional neoliberal center, numerous influential Republicans who accepted to play on Trump’s team will be caught in the cross-currents.

That will be embarrassing. In other words, Alexandria Ocasio-Cortez sees both a moral issue about accountability and a strategic political issue that will serve in future electoral campaigns for Democrats. Nothing in her text, apart from the insulting but appropriate epithet “sycophants” suggests a desire to ostracize or purge anyone.

Politico and other media make no attempt to analyze this dimension of the question. Instead, they misrepresent it not only as an outrageous, undemocratic, disrespectful aggression on Ocasio-Cortez’s part, but one with fascist overtones. On Twitter and elsewhere, it has produced suggestive chatter about “making lists” that evoke Nazi Germany (following the dictates of Godwin’s law). Even the usually astute Saagar Enjeti on The Hill’s “Rising” complained that AOC was making a list. But as a Republican, Enjeti may have had his own motives for doing so.

In the age of social media, plausible deniability has become an essential item in every politician’s toolbox. But denial need not always be plausible, as Trump has repeatedly demonstrated. President-elect Joe Biden has also provided outstanding examples of not very plausible denial of his past positions. When reminded of his active role in promoting George W. Bush’s invasion of Iraq during the primaries, he implausibly denied the well-documented fact that he actively supported that war.

Troves of public evidence exist of Biden playing the paradoxical role of a Democratic leader backing the dishonest and murderous policies of a Republican president. A year ago, Vox reminded its readers that “his record, well documented in speeches on the Senate floor, congressional hearings, and press interviews from 2001 through his time in the White House, is that of a senator bullish about the push to war who helped sell the Bush administration’s pitch to the American public.”

Biden’s mendacious claim that he opposed the Iraq War may have lacked plausibility for anyone enterprising enough to consult the public archives, but it didn’t prevent him from being nominated by the party and elected by the people. Denial can work. He had an easier job plausibly denying Tara Reade’s accusation of sexual assault since there was no video of it in the archives, but even that required a concerted effort by The New York Times to make it plausible enough to disappear as a serious campaign issue.

One reason Biden could successfully lie about his support for the Iraq war was President Donald Trump’s unwillingness to challenge Biden on that issue. Trump is still engaged in Iraq. And in Washington, the reigning orthodoxy is to consider all US wars legitimate. It might even be deemed insulting to the troops for a commander-in-chief to admit that all presidents have shown an alacrity for sending them into harm’s way on unfounded pretexts. It’s part of their job profile.

A Trump ally targeted by AOC’s tweet and cited by Politico offers one very pertinent insight: “They argue that if the Bush-era politicians and staffers who led the country to war in Iraq survived without being purged from politics, media and corporate America, then Trump’s advisers won’t either.” There’s nothing to fear.

Barack Obama famously refused to consider any investigation into the manifest war crimes perpetrated by the Bush administration. He cited the importance of looking forward rather than backward. That seems to have defined the pattern for future administrations. Every administration’s sins must be forgotten, if not forgiven. That is precisely the argument Saagar Enjeti seems to be making: that bad policies are made by good people who may just have been obeying orders (even when giving them). Like Obama’s “look forward, not backward” approach, Enjeti argues: “Let’s take down the temperature.” In other words, let bygones be bygones.

Alexandria Ocasio-Cortez is nevertheless making a serious and pragmatic point that Democrats would be wise to carefully listen to and act on. In any election, negative facts concerning the opponent will have a much greater impact in terms of vote-getting than the discussion of positions on political issues. Material evidence, including deleted tweets, will be usable. That is so fundamental a principle that most politicians nowadays totally neglect the issues and focus exclusively on their opponent’s flaws.

As for worries about being ostracized, the Politico article makes it clear that the entire complaint from the Republicans and the media is nothing more than political theater. A close adviser of Trump cited in the article points to the comfortable post-political career of Donald Rumsfeld and Dick Cheney. He boasts about his own opportunities to make money as a consultant and author, thanks to his experience at the Trump White House. The adviser then offers this comforting thought: “Bush left office very unpopular, people thought thousands of people died in an unnecessary war and he was responsible for it. Everybody forgets that now that he’s an artist who doesn’t do partisan politics.” So, even if ostracized by Alexandria Ocasio-Cortez, life is pretty good.

The adviser adds one more telling remark referring to junior staffers in the White House: “You have breathed rarefied air.” In other words, you belong to a protected realm at the core of the oligarchy, where there will always be connections, cash and opportunities to go for an exciting new ride as you accompany other prominent faces and suck in even more rarefied air. 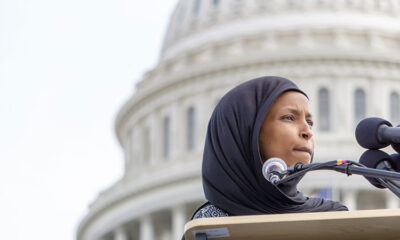 Donald Trump: The Biggest Coward of Them All 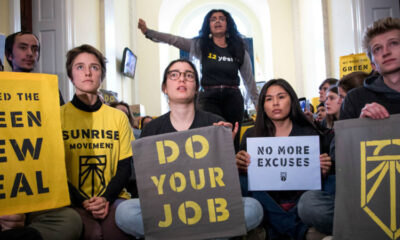 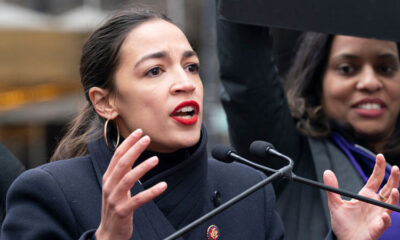