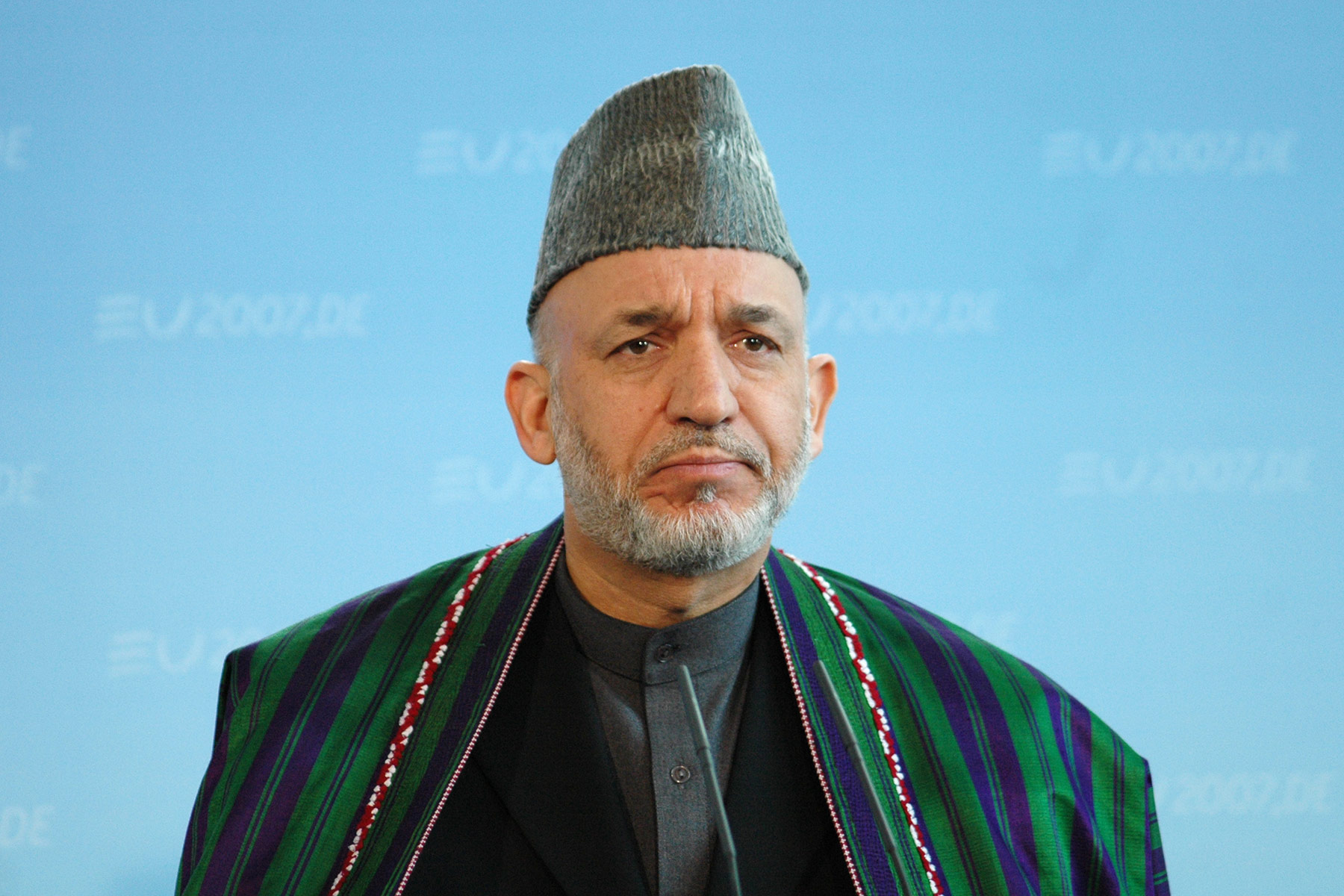 The war in Afghanistan is over, but the commentary on what it was all about and where it leaves us is just beginning. The events that have unfolded over the past few weeks have predictably generated a plethora of credible and less credible theses that continue to appear in every serious publication covering the news.

As the autopsy of an entire epoch is being conducted by the experts, the official postmortem of a 20-year episode of global history will not be complete until its immediate consequences have played out. Who will rule Afghanistan and under what conditions? Will the victors — the Taliban — take the spoils or see them taken away by a clever enemy or ally? Will the end of a war signify peace or simply a different kind of war? In the midst of competing global crises — a pandemic, climate catastrophe, geopolitical upheaval and the decline of an empire — what new equilibrium, if any, might emerge? How will Asia now be redefined?

General Petraeus and the Question of Torture

One of the key points almost all US commentators — from the White House to Republican opposition and the progressive left — have unanimously underlined is the fact that the Afghan government put in place two decades ago by the victorious NATO forces was too corrupt ever to survive. Last week, Business Insider ran a story with the title, “Alleged rape, torture, murder and corruption by Afghan leaders that the US ignored was a ‘big factor’ in the country’s fall, human rights expert says.”

The verb “ignore” came into the English language from the French, ignorer. Until the Industrial Revolution, it bore the same meaning as it still has in French: “not to know” or “be unaware of.” In the 19th century, it took on its modern meaning in English: “pass over without notice, pay no attention to.” This represents a radical shift in meaning. Formerly it signified that the subject had no knowledge of the object in question. The meaning then shifted to the idea that the subject is aware of the object but judges it unimportant. Linguists and sociologists can only wonder about what happened in English-speaking societies to provoke that shift. It could tell us something about the nature of the transformed culture that emerged during the industrial revolution and created the modern world.

Everyone now seems to agree that for 20 years, the US “ignored” a system that was manifestly defined from top to bottom by corruption. Reuters reported on the phenomenon of “ghost money” back in 2013. From the beginning, in early 2002, the US put in place a system fueled by money funneled in by the boatload. Every “reform” and military initiative was driven by access to piles of cash.

In such cases, even the post-industrial meaning of ignore is no longer credible. And yet, today’s media commentators as well as government and military officials expect the public to believe that the corruption wasn’t all that noticeable. They should be forgiven for being too focused on their essential work to notice. But when asked to explain why the entire Afghan government and security apparatus collapsed more quickly than the Building 7 of the World Trade Center on 9/11, they suddenly realized what their observers on the ground and intelligence services had chosen not to detect for two decades.

There is a simple but frightening explanation of this disconnect between perception and understanding: hyperreality. Some institutions have been designed to ignore reality because their very existence is predicated on substituting an invented and increasingly elaborate system of representation of the world for reality itself.

Hyperreality takes the form of a set of seemingly reasonable assumptions and beliefs about human society and human behavior that fit together in a pseudo-logical pattern to comfort abstract ideals taught in schools, repeated by the media and confirmed in cocktail party conversations. Those assumptions, beliefs and ideals are shared actively or passively by all the members of a society because they have been patiently built into the language itself.

Once they are in place, it becomes a requirement to critique or ignore anything that calls those values into question. If you are part of the system or aspire to join its ranks, you learn the art of ignoring. That becomes even more imperative when the mission takes the form of a military operation.

The rare members of society who dare to question any or all of those assumptions, beliefs and ideals resist the force of hyperreality without necessarily recognizing its true nature. They consciously seek to maintain some link, however tenuous, with the real environment that makes social life and human survival possible. They often suffer from their inability to fit in with the dominant modes of thought. But they sense that reality is still lurking in the background and their insights today may eventually help future historians account for what is ignored by anyone sucked into the vortex of today’s hyperreality.

The symbolism at the core of the historical moment we are now living through has the merit of drawing our attention to the hyperreality that has framed it for the past 20 years. Hyperreality works to the benefit of its creators so long as the public willingly mistakes it for reality. The manifestly illusory quality of what is now taking place in our hyperreal world may provoke the kind of jolt that leads to a new state of awareness.

When US President Joe Biden promised to exit Afghanistan on September 11, 2021, exactly 20 years after the event that provoked the American presence, his plan called attention to an elaborate hyperreal construction originally co-created by al-Qaeda and the Bush administration in the first year of the millennium. The two parties had no need to collude directly. Osama bin Laden’s fanatical followers and George W. Bush’s neocon war council shared the same interest in a wildly adversarial version of geopolitical confrontation.

The manufacturing of hyperreality became possible once the original meaning of “ignore” shifted from the idea of not knowing to not being interested in knowing. The great advances in technology over the past century have focused on weaponry and tools to create illusion, from film to social media and cyber-manipulation. The latter have put hyperreality at the core of social and political organization.

The history of the Afghanistan War illustrates the workings of political hyperreality. Wars never end on pre-ordained dates. Real history reflects the tectonic dynamics of populations and a diversity of environmental pressures. It unfolds according to a dynamic built around the stability associated with continuity and inertia and the unexpected effect of catastrophes and environmental disturbances.

Hyperreal history, in contrast, writes a scenario, casts people into roles and attempts to create a spectacle. It also seeks ways of keeping the audience in its seats, preventing them from wandering backstage to explore the props and machines that might reveal how the illusion is created.

Bernie Sanders and Donald Trump had one thing in common. They inspired their respective electorates by drawing their attention to the accelerating demise of US manufacturing. In their famous 1988 book, Edward Herman and Noam Chomsky focused on the perversion of democracy, pointing out that the political class had changed their focus from manufacturing goods and to manufacturing consent. Ultimately, the nation’s cultural system became dedicated to manufacturing hyperreality. Herman and Chomsky traced the rise of the art and science of state propaganda. That brought them, in the era of Marshall McLuhan, to the frontier of hyperreality. Propaganda tends to be serious, solemn and moralizing in tone. Hyperreality — think of Disneyland or Las Vegas — tends to be celebratory or just plain fun.

In September 2001, Karlheinz Stockhausen was virtually excommunicated from polite society for claiming that 9/11 was “the greatest work of art imaginable for the whole cosmos.” He later protested that he was misunderstood. That is probably true. The avant-garde composer could not ignore that a murderous act of destruction, conducted as a direct assault on symbols of global power, offered a rare glimpse of the carefully hidden seam between reality and hyperreality. It was certainly not a work of art, but it produced a revelation that few artists are capable of creating.