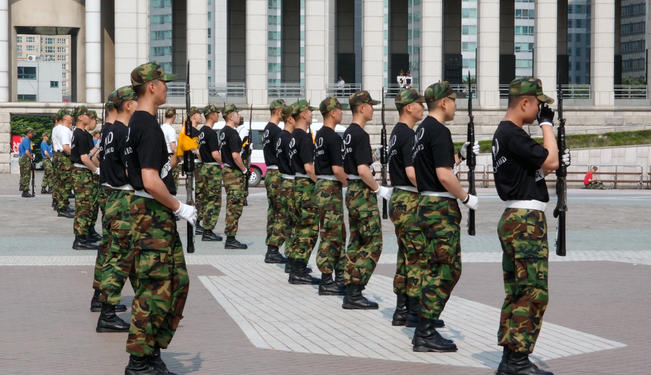 US Senate Resolution 298 is simply a continuation of a failed containment policy, argues Michael Bassett. Cultural engagement, and not containment, is the path to unification on the Korean Peninsula.

The “North Korea Nonproliferation and Accountability Act of 2013,” Senate Resolution 298, which passed in the US Senate by a unanimous vote on February 25, is most likely to be another unproductive measure taken by the US government against North Korea. Worryingly, Section 3(7) of the resolution directs that the US government should “…explore all appropriate measures for enhanced military operations in the Asia-Pacific Region…” This language in the resolution goes further than two resolutions passed by the United Nations General Assembly and Security Council (1718 and 1695 respectively), and the US House of Representatives Resolution 65 on February 15, which simply condemned North Korea’s February 12 nuclear test. The Senate resolution is simply a continuation of a failed policy of “containment” of North Korea that has not reduced the country’s desire to obtain more nuclear weapons, nor has it reduced human rights abuses and the repression of the civil liberties of North Koreans by their government.

This Senate resolution’s inclusion of Section 3(7) is written in a manner that implies a legal foundation for Congress to approve a preemptive declaration of war against North Korea. The United States military is already heavily engaged with its regional allies in constructing a Pacific Asian security apparatus aimed at containing China and North Korea. Military intervention against North Korea as a result of this resolution would as a matter of course lead to a rapid escalation of conflict in the region that would be disastrous for the people of the Korean Peninsula, nations in Pacific Asian region, and the international community.

The cost of a preemptive invasion of North Korea would be enormous and very difficult to contain. Such a war would economically destabilize the Pacific Asian region. The cost of the war, the cost of reconstruction following the war, and the cost of the interference of trade and production, would deteriorate Asia’s ability to continue to be the wheel of global economic development. Further, bellicosity towards North Korea is only hardening the North Korean government’s resolve to develop its nuclear weapons arsenal and to maintain the country on a war footing.

Ironically, the NATO-led air campaign against Libya and its support for Libyan rebels to overthrow the government of Muammar Gaddafi, might have provided the North Korean government with an “Exhibit A” of why it should continue its nuclear weapons acquisition. Gaddafi agreed to dismantle his nuclear weapons programs as part of an agreement brokered with the international community led by the United States, and he was later deposed under the authority of the United Nations led by NATO. North Korea’s government has historically broken contact with states under international condemnation, when to continue contact would be a risk to its already-tarnished reputation. It followed this course of action with Nicolae Ceausescu of Romania and recently with Gaddafi in Libya.

Communication between the governments of North Korea and the United States is neither sustainable nor is it targeted in the appropriate manner. Generally, the only communication between the states is through the high office of foreign policy statements and denouncements, and not through the genuine dialogue of shared global citizenship. The harsh rhetoric exchanged between the governments of the United States and North Korea does not move the Korean Peninsula closer to unification. As with any other state, the “opening up” of North Korea will have to be gradual and at the rate that North Korea’s leadership is able to manage according to their concept of sovereignty to rule North Korea.

Often in foreign policy circles, talk of a “grand bargain” between belligerent actors is made. In the case of North Korea, there is a path towards peace, without war, even if few commentators acknowledge it. This path is through managed and sustained economic and cultural interactions between North Koreans and the outside world. South Korea’s “Sunshine Policy” towards North Korea under the leadership of Kim Dae Jung, imperfect as it was, is starting the path of economic development in North Korea. North Korea’s government is also engaging positively, albeit in a managed manner, with the development of the North Korean tourist industry. Cultural engagement through tourism will do more to effect North Korean society than any number of aggressive legislation.

The path to unification on the Korean Peninsula would start with the encouragement of continued active engagement with North Koreans in cultural and economic exchanges. It would continue with formal recognition of the North Korean government as the sovereign authority over North Korea’s territory, and talks towards a comprehensive peace treaty on the Peninsula. The United States and its regional allies could then work with China to achieve the normalization of relations between North Korea’s government and the US government and its regional allies, and lift all sanctions and embargoes, except for those that are concerned with the most egregious human rights abuses and the transfer of nuclear weapons materials into and out of North Korea.

It is more cost-effective for the US government to build relations with the North Korean government and people through cultural connection and eventually, economic engagement. North Korea’s social and economic development will occur, even slowly, by easing sanctions and economic and social barriers to cultural diplomacy and economic partnership. The longer that a narrative of near-war with North Korea is promoted in American and international policy circles, the more likely war will occur and devastate the region and, more widely, the well-being of global society.