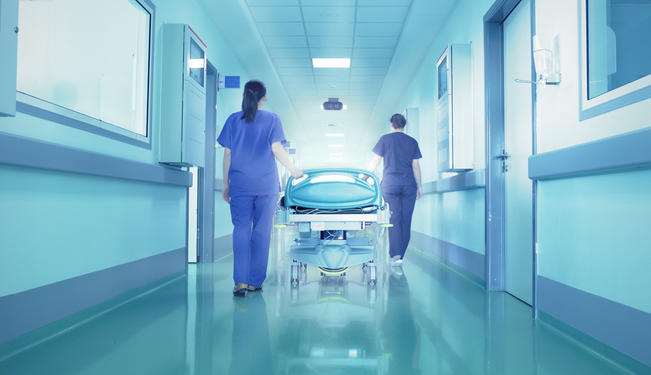 Is the British healthcare service a model for the United States? This is the first of a two part series.

According to the opening ceremony of the London Olympics in 2012, Britons “love the NHS.” In reality, British public healthcare is not entirely free, nationally uniform, nonprofit, publicly-regulated, effective, or loved.

The lesson here is not that public healthcare is inherently wrong, just that whatever form of healthcare a state chooses, it must decide upon better regulation than what Britain has ended up with. A poorly regulated healthcare system, either private or public, leads inevitably to unnecessary inefficiencies, ineffectiveness, downright corruption, and injustice.

First, let us slaughter some sacred cows and admit some uncomfortable truths. In reality, the NHS is not entirely free; almost everybody must pay for their prescriptions. The price of prescriptions is a flat fee, so purchasers may be paying more than the cost of cheap drugs and less than the cost of expensive drugs. Some drugs are not available under the NHS, in which case the patient’s only option is to buy the drugs privately. Even for those patients in the direst need, such as those with severe cancers, the NHS sometimes substitutes cheaper, inferior treatments, leaving patients to purchase their own healthcare.

Most Britons, at some point in their life, will take out private healthcare due to backlogs in public provision, usually in dental care or non-urgent operations. About ten percent of Britons have private medical insurance – almost all of them out of pocket, not bundled in with their employer’s compensation.

Second, British public healthcare is not standardized nationally – some regional authorities choose to provide expensive drugs or treatments, while neighboring authorities do not. Since the patient’s entitlements are determined by where he or she lives, patients living on opposite sides of the street could find themselves being allowed or denied the same treatment by respective authorities whose boundary is drawn down the middle of the street. Britons know this injustice as the “postcode lottery.”

Third, British public healthcare is expensive for everyone. In addition to paying for some healthcare at the point of use, everybody who pays British taxes or holds Britain’s debts effectively pays for British healthcare; revenues are not dedicated to any particular outlays.

The Labour Party came into government in 1997, promising to reverse what it saw as more than a decade of under-investment by the preceding Conservative Party.

With a popular mandate, it threw money into the NHS. In 2008-2009, 18 percent of public spending was on the National Health Service, compared to 13 percent on education, and 5.3% on either defense or public order and safety.

The current political administration (Conservative-Liberal Democrat) cut public spending almost everywhere, but health spending has fallen little. In fiscal year 2011-2012, the Department for Work & Pensions was the costliest department at 24 percent of total spending, of which almost all was spent on social benefits; the Department of Health is the next most costly department at 15.3 percent, almost double the defense spending.

Americans complain about the cost of their healthcare, but Britons actually pay about the same as US residents. The difference is that Britons pay mostly through taxes, while Americans through premiums. For Americans, the cost is very visible and voluntary; for Britons it is largely hidden and involuntary.

The fourth uncomfortable truth about British public healthcare is that it is partially commercial. Many of its services are contracted out to profit-making providers. Some hospitals and health-care providers have been reborn as “Trusts” – technically not profit-making, but with some powers to set their own reward schemes, with the same self-interests as any profit-making healthcare provider.

Much NHS infrastructure is effectively owned by the private sector until the government repays debts under private finance initiatives (PFIs), in which a contractor builds a hospital, for instance, with private finance, on the government’s promise to repay the costs plus interest after a long period of time – effectively a very expensive loan whose burden is thrown onto succeeding political administrations. Incidentally, PFIs, contracted services, and trusts were each accelerated most under the New Labour government, which was desperate to increase the inputs any way it could, while claiming to protect British healthcare from Conservative privatization (in fact, the Conservative Party has always committed not to privatize the NHS).

British public healthcare is expensive and inefficient, but at least it is effective, say the apologists. Unfortunately, the fifth unpleasant truth about British healthcare is that Britons are unhealthier than ever – and they became unhealthier most rapidly under the New Labour government.

New Labour was acknowledged by even its opponents as a master of spin, and it effectively focused popular perception on the increased inputs rather than the disappointing outputs. While British life expectancy continued to increase and waiting times for some treatments fell, Britons experienced their most rapid increase in rates of every avoidable disease, such as diabetes, cancers, and cardiovascular diseases. Unhealthy behaviors also increased, including tobacco consumption, alcoholism, recreational drug taking, unprotected sex, underage sex, and teenage pregnancies.

The only ways in which Britons became genuinely healthier during that period were in terms of falling rates of most accidents, including road traffic incidents. Longer life expectancy is a false measure of health, since people in developed societies are living longer with more severe ill-health.

The sixth truth about British healthcare is that it is often blatantly sub-standard. Apologists repeatedly blame British ill-health on insufficient resources and social changes, but the system has enjoyed elevated funding for about 15 years. Providers are correct to blame unhealthier lifestyle choices for putting more demands on the system. However, the system has no disincentives for these choices, except for the personal experience of ill-health. Providers are correct to complain about hypochondriacs who demand unnecessary tests and treatments, but again, the system does not disincentivize avoidable demands.

While providers complain about a growing class of unhealthy or self-diagnosing consumers that rudely demand unnecessary care, patients complain about rude providers. Most British patients have experienced dedicated careers, doing their best despite too many demands. But they have also experienced careless and rude staff, unhealthy food, unclean facilities, unavailable washing facilities, shortage of information, inconvenient visiting hours, and unavailable staff for parts of the day — decisions that seem to be motivated by staff needs more than patient needs.

Worse, malpractice is epidemic. This was fully exposed only this spring, when long overdue public inquiries reported, having been initiated around 2009, only after years of campaigns for the truth by patients or their relatives, not regulators. Most infamously, in 2008, regulators admitted that Stafford Hospital had suffered elevated rates of mortality and ignored public complaints since at least 2005. Patients had dehydrated or starved to death for lack of basic care or choked on food despite notices stating “nil by mouth.”

In other hospitals or care homes, undercover journalists had filmed care givers physically and verbally abusing elderly and other vulnerable patients. Meanwhile, inquests criticized social care systems that had ignored clear cases of parental neglect or abuse until after the child had died. Those same social care systems had falsely accused hundreds of parents, some of whom chose exile over fighting a system that would take years to admit its mistakes.

Medical malpractice in Britain is probably undercounted. Surveys have shown that more than half of Britons who consider complaining about the NHS, do not bother, expecting no useful result. Similarly, a study by the Health Ombudsman found that staff are reluctant to properly investigate complaints because they expect retaliation from their own hierarchy.