US Vice President Mike Pence takes a pounding in the Middle East.

We learned from various sources that, following President Donald Trump’s decision to transfer the US Embassy in Israel to Jerusalem, Vice President Mike Pence is no longer welcome in the Middle East — not just by Muslims but also Christians. Significantly, Pope Tawadros II, leader of Egypt’s Coptic Church, stated that he was unwilling to meet with Pence because of Trump’s decision. The ancient Christian church politely “excused itself from hosting” the planned event.

According to Egyptian media, the grand imam of Cairo’s Al-Azhar Mosque also said that he would not meet Pence. In a quote The Daily Devil’s Dictionary cherishes for its wit, Sheikh Ahmed al-Tayeb declared, “How can I sit with those who granted what they do not own to those who do not deserve it?”

A verb signifying to show empathy, to engage in dialogue with, to build a rapport

For some time, the trend in the US has been to assume that what people call the “Judeo-Christian” tradition implies an identity of point of view between Christians and Jews concerning Arabs and Muslims. To some extent that idea sums up Samuel Huntington’s notorious “clash of civilizations.”

Nothing sums up that naive view better than the supposition of the US government that Middle Eastern Christians, like the majority of Evangelicals in the US, would jump on any occasion to stick it to the Muslims.

In most Western cultures, people stand and shake hands to confirm a negotiated agreement, which is then understood as a binding contract, often with the purpose of transferring the title to some form of property. In other cultures, including Native Americans and Middle Easterners, concluding an agreement is likely to feel both more real and final when sitting, seen as a sign of sharing rather than of simply transferring ownership or attributing rights. To “sit” with someone embodies an act of constructing a relationship and confirming the ongoing process of deepening the sense of mutual sympathy between the parties.

We can only admire the pithy irony in Tayeb’s remark. Westerners hold the notion of property to be both absolute (ownership is inalienable) and binary (either you own the property in question or someone else owns it). For other cultures, real estate and most objects belong to no one, but can be used by many or easily lent at different moments for different purposes. This is particularly true of nomadic cultures.

Sheikh Tayeb cannot understand how the British, abetted by other Western governments, “granted” (in the form of propriety, entailing political control) the land occupied by a variety of people to one group of people — a group defined by a religion — whose claim to merit was the suffering they had endured at the hands of other Westerners.

Is Lebanon at Risk in the Israeli-Palestinian Conflict? 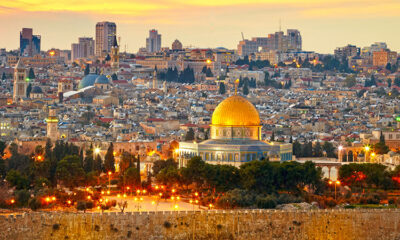 Jerusalem Is a Shared Gift 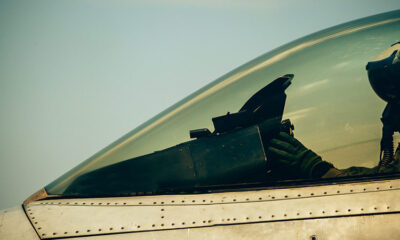 The US Is Complicit in the Atrocities Israel Commits