America’s self-styled master dealmaker didn’t leverage recognition of Jerusalem as Israel’s capital to advance the peace process. Instead, he set it back.

There is a good deal less than meets the eye in President Donald Trump’s decision to recognize Jerusalem as Israel’s capital and move the US embassy there — albeit at some unannounced later date. To anyone familiar with the issue or who has visited Israel, West Jerusalem long ago became the effective capital of the Jewish state. It has proclaimed Jerusalem as its eternal capital since 1948.

The Knesset, Israeli Supreme Court, Israeli prime minister’s and the president’s residences and offices, and almost all government ministries are based there. They’re permanent and not going anywhere, regardless of the outcome of any future Israeli-Palestinian negotiations. So, America’s acknowledgement of the reality, as the president put it, does not change Israel’s calculus one iota. For Israel, therefore, as delighted as it may be to have recognition from its closest ally, it marks no real significant progress or even victory. Israel is no more secure and certainly no closer to resolving its conflict with the Palestinians. Life in Jerusalem is unchanged, save for some New Year-style revelry the day after. Not surprisingly, the Israeli government did very little campaigning to move the administration in this direction; not that much was needed.

For the US, the decision addresses none of the myriad challenges it and its allies in the region — Israeli and Arab — face in the region. Iran continues its march toward apparent regional hegemony. Conflicts in Yemen and Libya rage on, both racking up horrific humanitarian tolls. Syria’s civil war may conclude on terms very unfavorable to the US, Israel, Jordan and, most especially, the millions of Syrians hoping for something better than Syrian dictator Bashar al-Assad’s renewed lease on life and brutal governance. The Arab Gulf states remain in disarray in the wake of a foolhardy diplomatic blockade of Qatar, marching toward an effective breakdown of what had been the region’s most effective alliance, the Gulf Cooperation Council. Al-Qaida, a diminished Islamic State, Hezbollah and other extremist groups still threaten the region and the West.

Israel Gets a Free Pass

Washington becomes even less popular with the very moderate Arab and Muslim friends it so desperately needs to help address these imposing problems. The decision advances no overriding American national security or foreign policy interest. In effect, then, America’s dealmaker-in-chief defaults to his now predictable role of disrupter-in-chief. Overturn the Middle East chess table and see what happens.

Arab governments will undoubtedly fulminate, somewhat justifiably, over the announcement. However, over the last five-six years they already had begun to distance themselves from the Palestinian question. Plagued by political and social problems stemming from the Arab Spring, declining oil prices and the concomitant poor economies and rising budget deficits, the Iranian challenge and terrorism, the Palestinian cause no longer commanded the attention it once did. There was also fatigue from, inter alia, the endemic corruption of the Palestinian Authority, the ongoing saga of the Fatah-Hamas feud and a highly unpopular and ineffectual PA President Mahmoud Abbas.

In the blood sport known as Middle East peace negotiations, all sides know that there is never a free lunch. A party must always give in order to get. But Israel got a free pass from the bungling, inexperienced and ill-informed Trump administration — recognition of its capital — and one it really didn’t need. Failing to secure something in return from the Israelis — for example, a pledge to suspend even temporarily West Bank settlement expansion, or a promise to negotiate a border between the contending sides of the city at a future time, or some other meager bone to assuage the Palestinians — sticks out as a major blunder.

This becomes all the more apparent as the president’s hapless and ill-equipped son-in-law, Jared Kushner, plows ahead in some unknown direction to resolve the region’s longest running conflict. In an administration in which tweets pass for policy and bluster for strategy, one can’t be really surprised. It becomes just so much more disruption. But such a pledge might have served to jump start Kushner’s negotiations with the Arabs, and perhaps even the Palestinians, and salvage some slight appearance of an honest broker.

Instead, the decision poses significant risks. It will spark unrest and anti-American and anti-Israeli demonstrations, with the likelihood of violence in several places with particular risks for American diplomats and military personnel in the region.  The region’s terrorist organizations from ISIS and Hamas to al-Qaida and Hezbollah will doubtlessly serve this up in their propaganda to inflame anti-American and anti-Israeli furor. State sponsors of terrorism like Iran and Syria will follow suit.

Even in Israel, the decision may likely embolden right-wing groups and settlers to pick up the pace of settlement expansion in the West Bank. “America is with us!” may be their banner.

For the Palestinians, there can be nothing but dark days ahead. The nuanced language of the president’s announcement — calling for negotiations by the two sides to determine the actual future borders of the city — will be lost in the larger message that this administration has thrown in its lot entirely with Israel with no possibility of playing even the quasi-honest broker it had attempted in the past. Previous patrons, like Saudi Arabia and Egypt in their own versions of “America First“ will readily sacrifice the Palestinian cause for American support against Iran, terrorism, Hezbollah and the Muslim Brotherhood.

The biggest loser may be Abu Mazen himself, weak and widely disliked already. There will be little faith in his ability to deliver via negotiations on the promises — on a Palestinian state, right of return and a Jerusalem capital — made over the last 70 years to Palestinians. It also will likely erode the last vestiges of the Palestinian pro-negotiation camp, igniting increased calls for violence against Israel and Israeli citizens, and throwing more support toward Hamas. The latter, itself reeling from its criminal mismanagement of an impoverished and disaster-ridden Gaza, may have gained a negotiating advantage in the ongoing Fatah-Hamas reconciliation.

For Abu Mazen in particular and Palestinians more generally, the window is closing. Interest in their cause is declining in the US, Europe and within the region. And for the avowedly pro-Israeli US administration, this may be only its first step. Possible recognition of Israeli settlements in the West Bank, already all but a formality for most of those along the Green Line, and even formally calling for a permanent Israeli security force inside a future Palestinian state may be in the offing down the road.

As counter-intuitive as it may sound, Abbas and his team must begin to look in earnest at restarting a genuine negotiation process with Israel while they still have something left to negotiate. Further delay only ensures, as all previous delays have, that the embattled Palestinians will have less to negotiate over and ultimately end up with less. 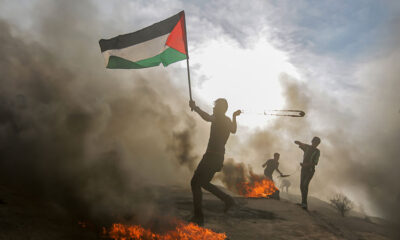 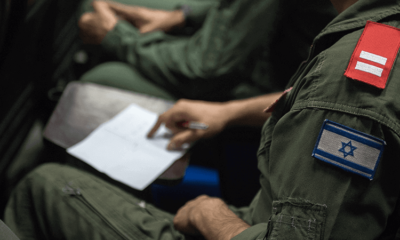 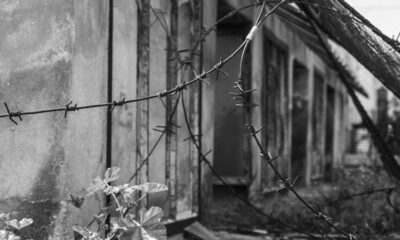 The Daily Devil’s Dictionary: The NYT Forgot this “Narrative”