A recent article in The Atlantic addressed a new and emerging trend — the “sex recession.” Apparently, or so serious studies suggest, youngsters today have less sex than previous generations. This trend is not confined to the United States. Researchers in Britain, Finland, Australia, the Netherlands and Sweden report similar findings.

There are many attempts to explain these trends, ranging from the reasonable to the ludicrous. One of the most reasonable explanations is “bad sex”— an issue primarily raised by women. The article deals to a large degree with the (quite ambiguous) impact of internet porn on sexual behavior and particularly its impact on men. It fails to address, however, a second and presumably equally influential source of sexual frustration — contemporary romance novels. This genre abounds with stunningly handsome men: tall, muscly, tattooed, washboard abs, incredibly “well endowed,” who will go to great lengths to satisfy their female partners before finding their own release. Reality, apparently, falls somewhat short of fiction.

The findings summarized in The Atlantic article are just one piece in a rapidly growing literature on the challenges confronted by men in contemporary society. For much of the postwar period, men in advanced industrial societies were the undisputed masters of the universe. Mass production relied to a significant degree on “brawn,” where men had a distinct advantage. Unfortunately for men, with the advance of a digitalized economy, brawn has become a wasting asset. Digital economies require different skills, and here men are at a distinct disadvantage.

The Value of Empathy

A few years ago, Harvard Business Review published the results of the latest Lady Geek Global Empathy Index. As the author explained, empathy is defined as a “cognitive and emotional understanding of others’ experiences.” Companies scoring high on the empathy index, the author claimed, did considerably better than companies that ranked low on the empathy scale. A substantial number of the companies topping the ranking were located in the San Francisco Bay Area: Apple, Tesla, Facebook, Google. They are also among the most profitable.

In the same year, Harvard economist David J. Deming published a working paper entitled “The Growing Importance of Social Skills in the Labor Market.” According to the author, in the three decades between 1980 and 2012, social skills-intensive jobs grew by 24%, while math-intensive jobs grew only by 11%. In an updated academic article, Deming shows that jobs which “require high levels of cognitive skill and social skill have fared particularly well, while high math, low social skill jobs (including many STEM occupations) have fared especially poorly.” More often than not they have fallen victim to automation. The result is reflected in the provocative title of an academic paper published last year by three economists from Canada and Switzerland, “The ‘End of Men’ and Rise of Women in the High-Skilled Labor Market.” The most important finding of this study is that women have a “comparative advantage in tasks requiring social and interpersonal skills.”

A recent study on the impact of information technologies on employment patters reaches similar conclusions: With the growing importance of social and communication skills in the labor market, women have a clear advantage over men in high-wage occupations. This is particularly significant, given the fact that automation has generally been associated with falling wages for workers in the sectors most exposed to robotization, meaning sectors predominantly employing men.

There is general agreement among economists that automation and digitalization have already had a significant impact on employment. In the United States, according to a recent report by the consulting firm McKinsey, workers with a high school degree or less are four times as likely as those with a bachelor’s degree or higher to be displaced by automation. At the same time, men — since they “are concentrated in roles involving repetitive, physically intensive work” — are significantly more likely to be made redundant than women.

In fact, if “the current gender breakdown of occupations remains constant, women could account for 58 percent of net job growth, thanks to their representation in growing fields such as healthcare and personal care work.” Other studies show that while automation destroys jobs, new jobs are being created. These new jobs, however, more often than not require advanced levels of education and appropriate competencies, ideally a combination of STEM and social/communicative skills.

The fact that post-secondary university degrees have increasingly become one of the most important factors for an individual’s success in the emerging new economy is bad news for men. Over the past several decades, there has been growing concern over the increasing gender gap in higher education. For most of the postwar period, higher education (including secondary education) was a predominantly male domain. Today, the opposite is the case. Some 10 years ago, an Organisation for Economic Co-Operation and Development study took note of the “reversal of gender inequalities in higher education” — a trend projected to accelerate over the decades to come.

The projections were clearly on the mark, given rise to growing concern. In 2015, a report by an education think tank charged that male enrolment in British universities was at an all-time low, with women being 35% more likely to go to university than men. Worse, the report also noted that those men who did enter university were more likely to drop out, and those who completed their studies were less likely to get a good degree. Similar concerns have been raised in the United States, where male enrollment and retention rates in higher education have steadily declined, making men, as another article in The Atlantic somewhat facetiously put it, “the new college minority” and beyond.

As a recent article in the Financial Times noted, in developed countries, “on average, boys underperform girls at school. They are much worse at reading, less likely to go to university, and their lead in maths is shrinking (to nothingness, in countries such as China and Singapore). In Britain, white working-class boys perform especially badly.”

The Future of Men

These realities have consequences. Two years ago, MIT’s David Autor (famous for his work on the impact of imports from China on regional differences in support for Donald Trump), together with two colleagues from Zurich and San Diego, published a paper with the title “When Work Disappears: Manufacturing Decline and the Falling Marriage-Market Value of Men.” The title jibed well with the title of a piece published about the same time in the Huffington Post that claimed that marriage was “for smart rich people now.”

Economists and sociologists have noted for some time now the impact of “assortative mating” on socioeconomic inequality. A recent article in the American Economic Review puts it rather bluntly: In the United States, “preference for partners of the same education has significantly increased for white individuals, particularly for the highly educated.” At the same time, what the authors refer to as the “marital college-plus premium,” increased for women but not for men. One possible explanation for this development is that once women started to see a significant improvement in their economic position, for some it meant that “marriage was no longer worth the costs of limited independence and potential mismatch.”

None of these developments bode well for the future of men. This does not necessarily mean that men are on the verge of becoming structurally irrelevant. After all, men continue to be in a highly privileged position, economically, socially, politically. Women are still at a significant disadvantage with regard to wages and promotion. The glass ceiling is still firmly in place, not only in the corporate world, but also in politics. But men’s status and structural power are showing signs of erosion. Recent history suggests that waning dominance and privilege — even if based more on perception rather than actuality — have hardly ever been accepted nonchalantly. The latest wave of “white backlash” which propelled Donald Trump into the White House is a case in point, often interpreted as a last-ditch effort to safeguard white Anglo-Saxon Protestant hegemony and, with it, white supremacy.

This, however, might only be half of the story. As Boston College Professor Janet Helms has charged, Trump’s election could also be interpreted as an expression of a last-ditch effort to “safe white heterosexual male privilege” in the face of myriad challenges threatening to undermine the very basis of this privilege. Under the circumstances, next year’s presidential contest is shaping up to be another crucial election — particularly if the Democrats manage to put forward a woman candidate capable of addressing the genuine grievances of (white) male voters in an empathetic, constructive, yet dispassionate manner. 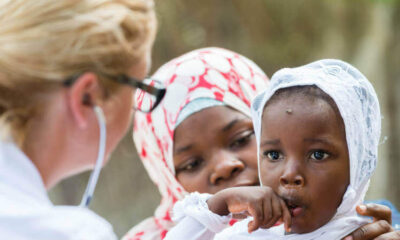 The Gender Gap in Global Health 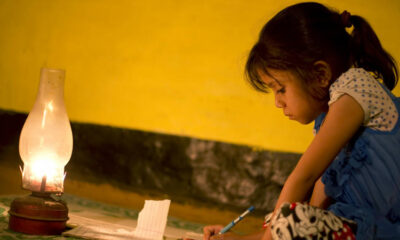