Yahoo Finance’s senior correspondent, Rick Newman, has a bee in his bonnet. He calls it “transitioning.” In his eyes, it is the source of all ills, clearly something to be avoided at all costs. And precisely because of costs, which makes perfect sense for a financial pundit imbued with the culture of American capitalism. Newman’s fear of transition could apply to any issue, but he focuses on the current discussion among the political classes in the US concerning health care reform.

In September, Newman led the charge: “Medicare for all might make better sense if you were starting a health system from scratch. But transitioning from a private-sector system that’s been in place for decades to a public system with a completely different financial structure is prohibitively difficult.”

In case anyone missed that article, Newman continued his reflection on October 28 but added a little poetic melodrama to it, just to be sure we all get the message: “The problem is transitioning from what we have now to whatever Medicare for all would be. And it’s a giant problem, like crossing the Mississippi River without a bridge or a boat. The other side might look great but you’ll die before you get there.”

The process of moving from the wonderful but slightly flawed current equilibrium to something that, because it’s unpredictable, will undoubtedly be worse, especially in terms of unanticipated costs.

Newman sees transitioning as a uniformly negative prospect for two reasons: it involves a cost that is difficult to estimate and will upset the existing order. But others welcome not only the anticipated result of the transitioning process, especially when it represents a clearly identified necessary paradigm shift, but also the somewhat painful process required to achieve it, which they see less as a pain than as a challenge. This contrast between fear of upsetting the apple-cart (even when the apples have visibly begun to rot) and the courage to effectuate systemic change sums up much of the drama awaiting the world in the coming decades, and not just on health care in the US.

Newman summed up his initial argument in these pragmatic terms: “There aren’t enough doctors for Medicare for all.” Whether he reached that conclusion thanks to a computer simulation or just appealed to his classic homo economicus style reasoning, Newman justified his prediction with the analysis of a linear process of what he considers automatic cause and effect, devoid of nuance or even the awareness of multiple variables. “But for the plan to work, the government would pay caregivers and hospitals less than most private sector insurers pay today. That would force hospital closures and drive doctors out of medicine, at the same [time] demand for health care is surging.”

This is faultlessly logical to the extent that it conveniently excludes the consideration of all other variables. He neglects one significant aspect of reality: that neither history nor politics is forced to follow a single logical sequence. As in diplomacy, war or even “the art of the deal” in business, if the strategists define a goal, they also define multiple approaches to achieve the goal — approaches based on known and even unknown variables. They cannot allow themselves to be content with isolating one cause, devoid of nuance, that will produce a single logically predictable effect. They must elaborate multiple contingency plans that take into account a maximum number of variables.

Why should economic analysts, such as Newman claims to be, be less rigorous and thorough than military strategists? There is a simple answer to such a question. They work for the media or, more precisely, their goal is to advance their reputation in the media. They will never be held accountable for their errors, unless they lead to reduced ratings for the medium.

For many people who don’t like to weigh the merits of contingency plans, the status quo tends to represent a more attractive position to defend than any position that projects radical and necessary change. Most innovations fail, justifying those who cite the wisdom of being content with the existing order. Innovations fail not necessarily because they are poorly adapted to the present needs. Often it is because of the active, organized resistance of established interests.

A paradigm shift requires one of two things: either active commitment of those who understand the forces and pressures at play — a commitment that reaches a level capable of countering the easier choice of defending the status quo — or chaos, the ineluctable collapse of a system whose entropy has rendered it no longer viable.

At any point in history, thinkers as well as leaders have the responsibility of envisaging the possibility of paradigm shift. While continuity, stability and progressive evolution may constitute the norm for long periods spanning decades or even centuries, serious observers of history understand that at certain moments, either globally or locally, paradigm shifts occur. Whether it was the impact of the invention of the stirrup and its use in warfare or the discovery of steam power triggering the industrial revolution, history has known moments of accelerated change due to what might be considered objectively trivial causes.

In most of those cases, the innovation tends to be not the cause itself, but a response to a cause that’s more general and harder to define. Today, the cumulative effect of technological innovation has become a cause as much as an effect. To some extent, social innovation, including our way of occupying the environment, has been left behind.

Because of the gap between technological and social innovation, the signs or symptoms of paradigm change have rarely been more visible than they are today. Two obvious examples command our attention: the threat that climate change represents not just to our living conditions, but also to the equilibrium of the planet itself, and the crisis of democracies. Science has pretty firmly defined the parameters of the first threat, but the crisis of democratic governance defies the capacity of existing institutions to respond.

Brexit alone illustrates the growing impossibility of finding an acceptable consensus on matters that define the conditions of survival and prosperity of a group. In this case, they concern the nation’s identity. Linked to the trend toward out-of-control democracies is the threat represented by nuclear proliferation. Crises tend to provoke other crises with an effect of systemic solidarity.

Despite the complexity of the situation, we find ourselves faced with two basic choices: Either global civilization and the particular societies that compose it manage to redefine the basic operating strategies that have been in place since the dawn of the Industrial Revolution and begin transitioning toward a new equilibrium or — following the laws of nature — chaos, which has its own way of producing a new order, will do the job for them.

Chaos theory tells us that an established order can evolve in a linear fashion and adapt to the dissipation (entropy) of the attractive forces that built it, but order can also emerge from chaos and achieve a new equilibrium. Because humans can theoretically orientate and govern their societies by their own decision-making — whether by autocratic or democratic means — entropy can, in the right conditions, be managed and states of equilibrium “transitioned.”

But when decision-makers appeal to what they believe are immutable laws that impose their logic on future events, when entropy increases, chaos risks taking over the reins of change management.

One of the ironies of modern times is that the rapidly evolving technical sophistication of the post-industrial world makes its governments both more powerful and vulnerable at the same time. This leads to, on the one hand, the simultaneous awareness in people’s minds of the need to act in the interest of guaranteeing a sustainable balance within a dynamic system and, on the other hand, the inability to do so based on a perceived need to protect the equilibrium of the complex (but artificial) system that defines the current state of “order.”

The more complex a system becomes, the more transitioning will seem fraught with fatal contradictions. But if analysts like Rick Newman conclude that the difficulty of transitioning constitutes a reason for not acting to define and implement a new order, that order will come about only through rapidly accelerating disorder. And that appears to be where we stand today. 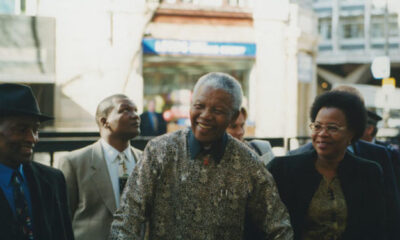 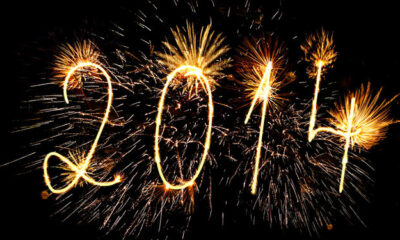