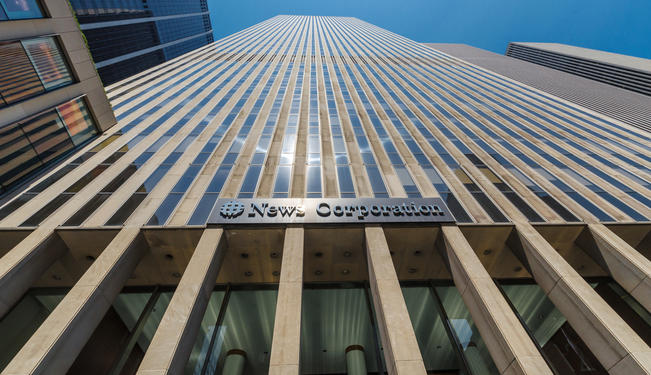 “The sole aim of journalism should be service” (Mahatma Gandhi).

Media is in crisis globally, and democracy as we have known it is under threat. Democracy works when voters make informed choices. The American colonies fought for independence because Tom Paine wrote “Common Sense,” which was published widely. India’s independence struggle was boosted by Gandhi’s decision to publish newspapers such as “Young India” and “Harijan.” Over time, most societies have come to accept that media has a public duty. At the very least, media is expected to inform citizens, and at best, it is supposed to keep the mighty in check by questioning their actions. Repressive regimes recognize the danger that media poses and try to rein it in. Democracies weaken when media is manipulated. The classic example is Italy. Silvio Berlusconi, a media mogul, peddled propaganda to retain power for a decade despite his numerous scandals. He was able to do so because mainstream Italian media started providing titillation instead of information, and voters chose poorly as a result.

Lest we snigger at Italy a touch too smugly, we could do well to remind ourselves that media decline is a global trend. Sensationalism has reached its apogee. Headlines shriek at us. In an age of Facebook and Twitter, attention spans have shrunk. Our minds are in a state of Brownian motion because of incessant overwhelming stimuli. Media strives to gain our attention by creating noise. As a result, there is little investigation, reflection, depth or analysis anymore.

Partisanship is also on the rise. MSNBC and Fox News are classic examples of networks with greater allegiance to political parties than to journalistic principles. The Internet was supposed to herald a brave new world, in which the world’s best information came to our fingertips. Instead, it has created echo chambers, where people go to websites that confirm their prejudices. Discourse has become toxic. The other side is too often vilified.  Washington faces a gridlock that owes its origins in no small measure to the venom spewed by the likes of Rush Limbaugh, Glenn Beck and The Young Turks.

Even more alarming is the lack of contextual reporting. People do not know the background or the importance of issues under discussion. This is particularly true of foreign issues. For instance, few Americans can point out Egypt or Syria on the map. Yet, as citizens of the world’s superpower, their votes have a major bearing on the entire world. During my lectures across the length and breadth of the United States, I have been shocked by the level of ignorance among the public. Even students at Harvard, Yale and Stanford studying politics or public policy often do not know about the Balfour Declaration or about quantitative easing. Too many American schools have prioritized test scores over learning. Education has turned a touch too mercenary. For many, it is now merely a means to commence a plum career or gain a high paying job. The Ivy League schools are now watering holes on the path to Goldman and McKinsey. Educational institutions are abdicating their public duty to create informed citizens, behaving like glorified trade schools instead. Poorly educated citizens care less about consuming good information. As stated earlier, this trend is global and not restricted to one country. Hitherto reputable newspapers such as The Times of India have turned into tabloids. Even Britain, with its enviable media heritage, has seen a decline of great institutions such as The Times, now a shadow of its former self. The scandal that caused Murdoch’s News of the World to implode led to a number of its journalists ending up in prison.

The decline of the media owes itself to many causes. Poor education systems have lowered the demand for quality media. At the same time, there is a supply problem. The old media model that funded quality journalism is dead.  In developed markets such as the US, people no longer flip through newspapers every morning. Instead, they go online, where Facebook, Twitter, Pinterest and a host of websites compete for their attention. Advertising, once the mainstay of newspaper revenues, has fled to Google. The giant search engine is in reality an advertising company that matches advertisements with individual interests far more effectively than any newspaper. Even venerable institutions such as the San Francisco Chronicle are tottering. While there seems to be a new surge towards subscriptions, the jury is still out whether The New York Times or Financial Times model of charging readers online is going to work.

Simply put, budgetary pressures are eviscerating media companies. Among others, CNN shut down its investigative team. Foreign correspondents are no longer affordable, and local experts are not contacted to replace them. For every person who works at a newspaper, there are four people working in PR. Consequently, press releases often masquerade as newspaper articles. We live in an age of spin and TV channels such as CNN and Fox News hire good looking anchors rather than incisive, intellectual interlocutors. The metrics for evaluating a media company are reach and revenues. This popularity contest and quest for cash is triggering a race to the bottom. Few sources of information are credible anymore.

Given the dire state of affairs, the question arises whether the “for profit” model for quality journalism is the right one. The philosophical premise of capitalism is that managers should maximize gains for shareholders. Gooey eyed academics and their acolytes like to talk about other stakeholders and corporate social responsibility, but what essentially matters is the price of a company’s stock. If media companies are “for profit” companies, a conflict between two contending principles is inevitable. These companies will be torn between maximizing returns to shareholders and fulfilling their duty to inform the public.

It is an irrefutable fact that sensationalism and partisanship sell better than analysis and objectivity. The tabloids in England have long known this. They use the “tits quotient,” a center page spread of an attractive topless woman, to keep their cash registers ringing. They also have headlines such as “Immigrants Stealing Babies” that generate sales. The News of the World focused on celebrity scoops and salacious sex scandals. It was phone hacking and bribery that led to its collapse, not a lack of funds. If it was an oil company or defense manufacturer, an apology and monetary fine would have sufficed. However, this highly profitable newspaper had to shut down because of our social standards for the media. Even a tabloid is expected to adhere to some principles and provide information that has a semblance of truth. Celebrity gossip will always attract more attention than the money misspent by a city council, but the reason we value a broadsheet more than a tabloid is because it upholds the civic duties of its profession better.

Democracy only thrives with a vigilant media that informs, educates and holds the powerful to account.  It has to be the forum for concerned citizens to raise issues that matter. One of the great challenges of our times is to come up with models that enable the media to fulfill its public duty. The way forward might be the non-profit model. Of the many organizations that favor this model, NPR is perhaps the best known and is an outstanding example of radio journalism. The recently founded ProPublica is already a flag bearer for investigative journalism. Project Syndicate publishes editorials from Nobel laureates, professors, former prime ministers, business leaders and other thought leaders. Global Voices is attempting citizen journalism through creating an international community of bloggers. Choosing the non-profit model does not mean that organizations stop straining sinews to attain financial viability. It ends the existential dilemma regarding their primary purpose. A non-profit dedicated to informing the public has absolute certainty that it is playing the historic role of what Edmund Burke called the fourth estate.