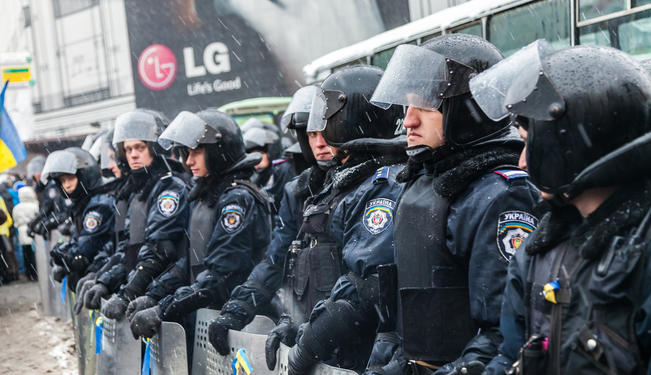 This author has long had a fascination with lions, perhaps because Singh in Sanskrit means lion. Tragically, West African lions are facing extinction. Researchers estimate that about 400 lions are left and only 250 are of the mating age. In 2005, these lions lived in 21 different protected areas. Today, they inhabit barely four areas.

US President Barack Obama gave a major speech that placed limits on what the National Security Agency (NSA) can do. First, a new presidential directive lays down that intelligence activities will take into account not only security requirements, but also alliances, trade and investment relationships, concerns of companies, privacy and basic liberties. Second, the much despised Section 215 of the Patriot Act has been rolled back. This allowed the government to collect meta-data related to telephone calls in bulk. In future, the government will no longer hold meta-data. In the interim, “the database can be queried only after a judicial finding, or in a true emergency.” Third, Obama has declared that, in the absence of a compelling national security purpose, the communications of close friends and allies will not be monitored.

Many, including this author, have long believed that the US has not had an honest debate about the tradeoff between security and liberty. After the attacks on September 11, 2001, the rights to liberty and privacy have suffered. People have been apathetic to the expansion of surveillance that has lacked both judicial and legislative oversight. More importantly, it has been based on dubious legal grounds and some of the surveillance might not even be constitutional.

While the US is still debating immigration reform, another country of immigrants has already acted upon it. Brazil will make it easier for foreign workers to enter the country. The Brazilian government aims to attract highly qualified professionals such as engineers, doctors and technology specialists. Therefore, it is reducing the red tape involved in obtaining a work visa and is allowing workers to change jobs without the need for a new visa.

Brazil is leading the way in the Western Hemisphere when it comes to immigration. Last year, it launched a "More Doctors" program that resulted in the arrival of more than 5,000 Cuban doctors to work in impoverished areas where physicians and medical services are scarce. The initiative has proved to be a resounding success. For all its faults, Cuba has an outstanding healthcare system and highly qualified doctors.

Despite ongoing peace talks between the government and FARC rebels, Colombian troops have killed at least seven rebels in the central area of Tolima. President Juan Manuel Santos has rejected requests for a ceasefire and vowed to keep pressure on the country's largest leftist guerilla group. Santos is in a tricky situation that he has to navigate with considerable political cunning.

Talks on the proposed EU-US Transatlantic Trade and Investment Partnership (TTIP) have been called off by the European Commission (EC). Proponents of the deal claim that it will boost the beleaguered economies of both parties. A European Union (EU) study estimates that the "deal would increase the size of the EU economy by around €120 billion (or 0.5% of GDP) and the US by €95 billion (or 0.4% of GDP)." The TTIP is estimated to boost sectors such as metal products, processed foods, manufactured goods, transport equipment, and motor vehicles.

Russian Foreign Minister Sergei Lavrov has blamed the EU for violent clashes in Ukraine that, in his words, are "getting out of control." Protesters have thrown fireworks and petrol bombs at police officers, who have responded by beating up some protesters. Catherine Ashton, the EU foreign policy chief, and other European politicians have visited protesters while Russian President Vladimir Putin supports the Ukrainian regime. With both sides digging in their heels, the tussle for the soul of Ukraine will continue — although it seems unlikely to degenerate into a civil war.

Only 38.6% of Egypt’s voters turned out to vote in a deeply flawed referendum on the new constitution. They approved the constitution with an overwhelming Mugabe-like majority of 98.1%. It is important to note that the turnout was more than the 2012 and 2011 referendums. While the polling is deemed to be largely fair, the culture of repression preceding the vote could not have been more unfair. The Muslim Brotherhood has been outlawed and other opponents marginalized.

As expected, conflict in Syria rages on and draws Lebanon into its wake. An al-Qaeda-affiliated group has carried out a car bombing in the Hezbollah stronghold of Haret Hreik, a Beirut suburb. Jabhat al-Nusra, believed to be a branch of Syria's al-Qaeda faction, announced on Twitter that they "have responded to the massacres carried out by the party of Iran."

The looming Geneva talks face bleak prospects in the near term but are at least a start. Syrian Islamist rebels have already rejected the "hollow" talks. At least the National Coalition, Syria’s main political opposition in exile, agreed to join the talks. More interestingly, UN Secretary General Ban Ki-Moon invited Iran to attend the Geneva talks but then backtracked after Tehran failed to support plans for a transitional government in Syria. Iran has to be a part of any conversation about peace in the Middle East and the original invitation was a simple recognition of this fact.

Given a raging insurgency, rampant corruption and falling popularity, Nigerian President Goodluck Jonathan has decided that populist repression of sexual minorities is the way forward to improve his chances of reelection. A new law not only bans same-sex amorous relationships but also provides prison sentences of up to 14 years for violation. While same-sex couples are winning acceptance in the US and in Europe, many African countries are moving in the opposite direction by tightening Victorian-era laws that already prohibit homosexuality.

Catherine Samba-Panza, the mayor of capital Bangui, is the interim president of the Central African Republic (CAR). She has appealed for peace, calling on Christian "anti-balaka" militia and Muslim Seleka rebels to lay down their arms. Meanwhile, EU foreign ministers agreed to embark upon their biggest military operation in six years. France has already sent 1,600 troops and new reinforcements will stabilize Bangui at the very least, even if rebels keep operating in the bush.

The Taliban is making its presence felt in both Afghanistan and Pakistan. In the deadliest violence against foreigners since 2001, 21 people were killed in a bomb attack on an expensive Kabul restaurant. Three of 13 foreigners who died were Americans. In Pakistan’s North Waziristan, a bomb killed 20 soldiers of the Frontier Corps. Just as the Soviet Union wasted men, money and material, so too is the US.

In India, yet another woman was raped. She was a 51-year old Danish tourist and only two out of the eight men who committed the crime have been arrested so far. Crimes against women in India continue to rise and the rule of law has collapsed in large parts of the country. A minister of the Aam Aadmi Party (AAP), the new anti-corruption party that has assumed office in Delhi, led a raid against four African women. He has accused foreigners of running drug and prostitution rackets, while he himself stands accused of vigilantism and racism.

Japan’s current account deficit reached a record high in November 2013. At 592.8 billion yen or $5.7 billion, this figure illustrates the challenges facing Prime Minister Shinzo Abe. Japan’s import bill has been going up as its nuclear plants shutdown after the Fukushima disaster. Its debt burden is now twice the size of its GDP. The Bank of Japan is following a policy of unprecedented quantitative easing in the hope of achieving Abe’s goal of a "virtuous cycle" where a declining currency boosts exports, which in turn boost corporate profits leading to increased wages that result in greater spending, which produces higher domestic demand.

China conducted a hypersonic missile test, taking another giant leap in its defense capabilities. Hypersonic missiles can get past missile defense because of their speed, maneuverability and the fact that they travel at lower altitudes than ballistic missiles. China is also building its second aircraft carrier and expects to possess at least four such ships.

Finally, after months of unrest in Thailand, the government imposed a state of emergency to curb disorder. Protesters have been out on the street, refusing to participate in elections and demanding that power be handed to an unelected body.