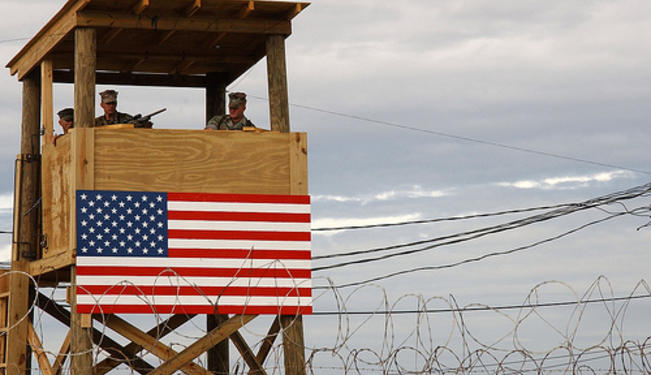 Leadership decapitation has largely failed to produce desired policy results against organizations other than terrorist groups, such as state regimes and drug cartels. For example, killing or capturing kingpins has had little effect on the flow of drugs into the United States, and worse, it has often led to more drugs, more cartels, and more violence. Terrorist groups are different. Because they are violent, clandestine, and values-based organizations, terrorist groups are especially susceptible to leadership decapitation.

Violent: Violent groups are inherently more cohesive than nonviolent groups, a feature that makes leadership succession more difficult. They are also often led by charismatic leaders who are hard to replace. Leaders of violent organizations cannot simply serve as managers; they must motivate and inspire their subordinates to overcome the psychological obstacles associated with confronting and waging violence. In these cohesive organizations, leadership succession is always a significant event, and it can become a debilitating one if the successor is less capable and less charismatic than his predecessor.

Clandestine: The clandestine nature of terrorist groups increases dependency on their leaders, complicates leadership succession, and negatively affects organizational learning and decision-making. To maintain operational security and avoid detection from outsiders, terrorist leaders have a disincentive to institutionalize their operations, which complicates leadership succession. Additionally, terrorist groups are often composed of culturally and ideologically like-minded members. Although this feature is useful for developing cohesion and trust among members, it makes the group highly susceptible to groupthink and inhibits organizational learning and decision making. Leadership decapitation, therefore, injects further uncertainty and instability into group dynamics that are already stressed and dysfunctional.

Per the findings of the study, Targeting Top Terrorists: How Leadership Decapitation Contributes to Counterterrorism, killing or capturing terrorist leaders significantly increases group mortality rates, regardless of the duration of the effect of decapitation on the group (i.e., whether the effect is limited to the year in which decapitation occurred, restricted to two years, or allowed to linger indefinitely). In each case, groups that experienced leadership decapitation were more likely to end than non-decapitated groups.

Additional factors that potentially affect terrorist group mortality include size, ideology, method of decapitation, and other forms of leadership turnover.

Size: Group size does not affect terrorist group mortality. The results show that larger groups are just as durable as smaller groups, and groups of different sizes react similarly after losing a leader.

Method of Decapitation: All three methods of leadership decapitation—killing, capturing, or capturing then killing the leader—significantly increase terrorist group mortality rates. The relative ranking of each method differs according to how one specifies the duration of the decapitation effect, but even then, the effects of these methods are statistically indistinguishable from one another.

Other Forms of Leadership Turnover: This study analyzed forms of turnover other than leadership decapitation to determine if they, too, increased the mortality rate of terrorist groups. In addition to 204 observations of leadership decapitation, the study included 95 incidents where leaders (1) were expelled from their groups; (2) died of natural causes or in an accident; (3) voluntarily stepped down from their leadership position; or (4) accepted a cease-fire agreement with the government and formally entered the political process. The results show that any type of leadership turnover, not just decapitation, increases the mortality rate of terrorist groups.

The Earlier the Better

The effects of leadership decapitation are time dependent. The earlier decapitation occurs in a terrorist group’s life cycle, the greater effect it will have on the group’s mortality rate. Moreover, the magnitude of this effect decreases over time. Killing or capturing a terrorist leader in the first year of a group’s existence makes the group more than eight times as likely to end as a non-decapitated group. The effects diminish by 50%, however, in the first ten years. After approximately 20 years, leadership decapitation may have no effect on the group’s mortality rate.

How long do most terrorist groups last? The conventional wisdom in the literature on terrorism suggests that 90% of all terrorist groups survive less than a year, with nearly half of the remaining groups unable to survive more than a decade. There is, however, no evidence to support this estimate. Additionally, many of the terrorist databases that analysts rely on contain many inconsequential groups that have committed few, if any, attacks. This gives an inaccurate understanding of terrorist group duration.

To provide policymakers with a more realistic assessment of the kinds of terrorist groups they care about, this Targeting Top Terrorists study examined only groups with at least four violent attacks, including at least one resulting in a fatality. The mean life span of the 131 terrorist groups that ended prior to 2008 was approximately 14 years. After extrapolating to estimate the life span of all 207 groups, including those still active after 2008, the study found that the estimated mean life span exceeds 16 years.

The views expressed in this article are the author’s own and do not necessarily reflect Fair Observer’s editorial policy and do not imply endorsement by Harvard University, the Harvard Kennedy School, or the Belfer Center for Science and International Affairs.
*[This article is adapted from a policy brief originally published by the Harvard Belfer Center for Science and International Affairs: “Leadership Decapitation and the End of the Terrorist Groups.” It draws on Bryan C. Price, "Targeting Top Terrorists: How Leadership Decapitation Contributes to Counterterrorism," International Security, Vol. 36, No. 4 (Spring 2012), pp. 9-46.]