I hit 75 years old a little over two weeks ago. All in all, I have been lucky throughout my life to have found much to be thankful for as each birthday rolled around on the shortest day of the year. Early on, I couldn’t understand why my birthday was shorter than everyone else’s and was a little bitter about it until I figured out that it was a daylight issue and nothing more sinister than that.

While I also had some rough patches, I got through most of them because I had enough good fortune and the resources to help it along. But I have got to tell you that the year that has now drawn to a close has often seemed like a long winding dark tunnel that might never end. While I am sure that there are those not paying much attention, who aimlessly go through life caring only about their moment, I believe that even that comfort seemed hard to find.

Assault on the Human Spirit

It is not just the pandemic that has blighted the landscape for those paying attention. It was a year that assaulted the human spirit. I can imagine that Americans are not the only ones feeling this way, but we sure managed to eviscerate what could have been a national spiritual awakening in the face of adversity. Well over 350,000 Americans have paid with their lives for our national failure, with many more to come.

But one thing haunts me more than anything else. It is the reality that there are children in America and elsewhere who do not have enough food to sustain their health and allow them to dream and thrive. I always had enough food to eat when I was a child, sometimes way too much. My son always had enough food too, and he eats a lot. Yet somehow, I have always hoped that you didn’t have to suffer hunger to care a lot about those who are hungry. But here I am, amidst so many still with so much, angry as hell that there can be a projected 18 million children going hungry here and now in America.

If you are not hungry and your children are not hungry, then you should have the energy to be angry with me about those who are hungry and angry enough to demand that your government do something about this and angry enough to pay more taxes so that it can. Food banks, food charities and individuals buying an extra bag of groceries for someone who is hungry are both part of the problem and part of the solution. But it can only be part of the solution if we do not allow ourselves to be pulled away by our charity from the image of a hungry child.

There is much more going on, of course. The unmasked continue to roam our public spaces, food lines and queues for COVID-19 tests continue to grow, health care is being rationed even to those with supposed access to it, systemic racism has not taken a vacation, and our “democratic” institutions are crumbling while the repair crew may not be up to the rebuilding task. For others, there may be even more. This just passed year of assault on the human spirit is likely to continue well into the new year.

End of This Tunnel

I know about the vaccines — and we will get to that — and the tunnel that the vaccines are supposed to be the light at the end of. Before that, it is worth noting that the impending Biden presidency and some of his cabinet selections promise a return to some measure of competent governance and the ethics and empathy required to accomplish it. For sure, there will be time to debate specific policies and programs and to sound the alarm if the forgotten remain forgotten in a rush to return to “normal.”

And we can hope that Joe Biden and his team see the clear need for public accountability for those in the Trump administration, foremost Donald Trump himself, whose corruption and mendacity poisoned our nation and paved the way for disease and death to overwhelm us. There can be no pardoning this if the nation is to move forward.

Then, before celebrating the light, there will be the challenges posed by the vaccines. First, there will be the simple medical questions with complicated answers: Do the vaccines provide immunity and for how long? Do they prevent the transmission of disease to others? Are they safe? Next up will be the logistical challenges: How do you get enough vaccines from manufacture through delivery to inoculate 330 million people? Most importantly, assuming that the vaccines are effective and safe, and assuming that the logistical challenges are met, who will get which vaccine and when?

The answers to the safety and efficacy questions likely will emerge in the coming months from scientists given a new lease on integrity by the Biden administration. Meeting the logistical challenges will have to await a national plan that overrides the already-emerging chaos of the present 50-state solution. But the most complex challenge and the one that America has failed time and again is the equity challenge — who will get which vaccine and when.

I have no hope at this moment, after so many failed moments in just the past year, that large swaths of Americans will wake up one morning and start thinking about something beyond themselves. It is most likely our individual selfishness that both propelled Donald Trump to the presidency and gave him a compelling voice that gave so many Americans the space to stand idly by and watch so much suffering of others in their midst. To the unmasked and their ilk, I say screw you. To those who have tried, I say keep trying and keep your distance from those who aren’t.

Then, when the vaccines come, don’t stand idly by this time, as the selfish find a way to jump the line. To those who every day have provided essential services at great personal risk, you are going to have to fight for those vaccines in this America. If you don’t, your luck will run out and the unmasked will be laughing at you as they party on.

I am not sure where America is in its dark tunnel nor even the full measure of that tunnel. I am sure that way too many Americans are unwilling to sacrifice much of anything for the well-being of others. There eventually will be a light at the end of this tunnel, but what of the next one? 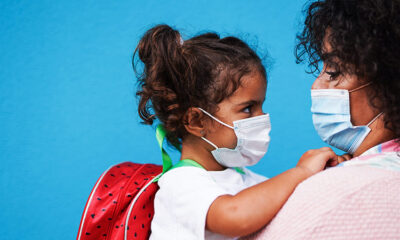 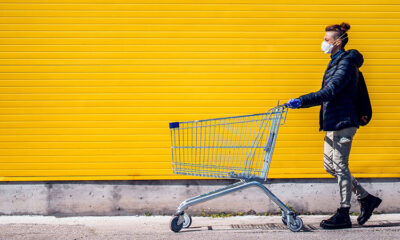 How Will COVID-19 Shape Our Society?