It should be obvious by now that “reality” has Americans very confused. This is nothing new. This happened when the word “reality” somehow became a synonym for fantasy, delusion, illusion and fake. I am not sure when this happened in the American lexicon, but I am sure that there is next to nothing real about any “reality” show. This observation becomes more worthy of note each day as “reality” is manipulated to feed fantasy narratives.

First, there were “alternative facts.” Now, the oxymoronic notion of “alternate reality” is exploding its way into the vernacular. There used to be something called “parallel universe” that seemed to sum up the world inhabited by delusional people, particularly during delusional episodes. “Alternate reality” somehow seems more dangerous.

What we are witnessing in America at the moment is nothing short of the normalization of fantasy, delusion, illusion and fakery as a substitute for facts, truth and content in public discourse. Once this happens to a society, the negative impact on public policy cannot be overstated. Historic examples are everywhere, but just take a moment to reflect on the rise of Nazism in Germany and the destructive pathology of McCarthyism in mid-20th-century America. Those examples and the toxins they injected into the body politic still resonate.

So, at this critical juncture in America’s political journey, there should be no tolerance for any normalization of any “alternate reality.” Yet everywhere one looks, words are being reworked to create the space in which fantasy and delusion can reign supreme. Just two examples should be enough to make this point.

First, when did an assault rifle become a “long gun”? Just within the last few weeks, a 17-year-old in Wisconsin murdered two protesters with an assault rifle — not a long gun or a short gun, an assault rifle. Second, when did “walked back” enter the vocabulary to describe someone trying to correct blatant falsehoods purposefully uttered?

Within the same few weeks, and even more of a threat to public safety, the current commissioner of the US Food and Drug Administration “walked back” a blatant public lie about the efficacy of a therapeutic treatment for COVID-19 offered originally to please Trump while knowingly posing a threat to the rest of us.  “Walked back” sounds like the first step on a road to redemption for some minor miscue, not an effort to excuse a purposeful falsehood that never should have been uttered in the first place.

With a presidential election looming, what passes for the responsible media in America now features more “fact checks” than facts. Now, with “alternate reality” apparently all the rage, the media have cleverly added “reality checks” to their arsenal.

It is long past the time when anyone should believe that the nation can be saved by tortured linguistics. It is time for a new and long overdue reverence for facts to simply overwhelm the untrue and delusional that pollute our public discourse. It is time for direct and specific language that may make some people uncomfortable. And it is surely time to stop trying to save the sensibilities of those who wallow in their own “reality.”

Trump is a venal and pathological liar, and those who lie for him are at best dangerous collaborators. So, enough pretending it might be something else, hoping that if enough apologists get airtime, fiction will morph into truth. For those who are made uncomfortable by these uncomfortable truths, it is time to suck it up, admit that you have been conned and make those who took advantage of your ignorance pay a price for the harm that they and you have caused the nation.

These are harsh words, and they are not written with kindness at their core. They are written at a time when fear and anxiety are being peddled by Trump, the Republican Party and all those smarmy people in their orbit. The rest of us are the losers, big time. The list is long but should not need to go any further than the almost 200,000 dead souls sacrificed in the American coronavirus pandemic at an altar of incompetence, narcissism and mendacity.

Americans have reached a point where discomfort is everywhere, but is it enough discomfort to act individually and collectively to confront the unfolding threat of another four years of the Trump scourge and Republican Party complicity? Anyone who thinks that some cathartic unity will emerge from all of this isn’t paying much attention. Rather, all the roads of our discontent must merge at this time to meet the singular threat.

It is for sure that if the effort is successful, some of those same roads will diverge again. But then, if our institutions hold, there will be new paths to progress and a much clearer picture of the reality of today’s America and the factual foundation that must inform this place and time. In that reality, some of us will again be able to dream of transformational change.

But make no mistake. If the nation does not collectively act now to rid itself of the rot at its core, the road to the national discomfort required for transformational change will get even darker. 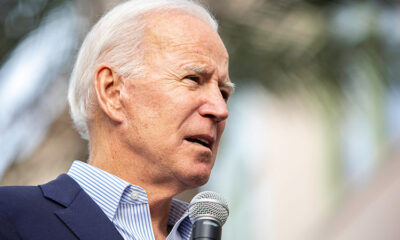