The crisis of civilization that now affects the United States has little to do with the largely abstract public debate about capitalism vs socialism or big government vs individual freedom, and even less to do with the traditional (but largely illusory) war between Democrats and Republicans. The real crisis lies in the impossibility of coherent public discourse. “The American language,” which is no longer quite the same thing as English, has become a Frankenstein’s monster.

Psychological terrorism combines linguistic naiveté with a heavy dose of hypocrisy. It has become a way of life in the US — supported by the increasing hyperreality of media — though linguistic terrorism is just one element among many others that stand in the way of achieving any serious level of lucid public discourse. And though hypocrisy may be its main component, since it always claims to stem from noble or at least right-minded intentions, it derives less from ill-will than cultural confusion. The hypocrisy is structural, built into the culture, rather than personal.

A recent incident, concerning Democratic presidential candidate Kamala Harris, demonstrates how effective this confusion can be in derailing the perception of issues or reasoning about them. At a public gathering for the candidate’s campaign, a member of the audience, speaking in fluent English with a slight South Asian accent, made the point that US President Donald Trump’s failing mental faculties disqualified him from office and that this would justify Congress impeaching him. Instead of using a more clinical term such as “pathologically narcissistic” or simply “deranged,” “insane,” or “demented,” the gentleman used a politically incorrect word: “mentally retarded.”

Inevitably, some random people in possession of a Twitter account noticed the crime and jumped in to reproach, not the man who asked the question, but the former prosecutor Harris with the crime of not calling out and condemning the speaker. They may even have expected Harris to ostracize him in public. Her failure to act in the name of linguistic justice was compounded by her response: “Well said,” which clearly established her role as a willing accomplice.

The Huffington Post commented: “Footage of the exchange quickly began circulating Twitter, where some users criticized Harris’ response as hurtful.” In her obligatory apology a day later, Harris responded to a journalist from CBS who deemed this an important topic that needed urgently to be clarified: “You would think that in the year 2019 people would have a much better understanding of how hurtful a term like that can be, but also the history behind it, which is a history of really ignoring the needs and the realities and the capacity of our disability community.”

Vocabulary that reminds sensitive people of an aspect of physical or social reality they would rather not think about, which, when detected in another person’s discourse, allows them to blame and morally condemn everyone present for making them think about it

Reflecting on the difference between “painful” and “hurtful” can help to clarify the importance of the issue in the American language. Life is unavoidably full of pain, the result of any of our random or deliberate interactions with the physical environment. In contrast, “hurt” designates a form of pain we believe has been inflicted on us willingly by another person. We interpret it as an aggressive offense.

In US culture today, everyone has the right not only to feel hurt but to proclaim that feeling, to use every possible occasion to remind the world of the injustice that represents. But the rot goes deeper. Those who complain the most often are not members of the minority that should feel hurt. They may be self-appointed vigilantes looking to accuse and humiliate. Moreover, as soon as a politician is involved (being present is tantamount to being complicit), the campaigns of competing politicians will get the job done in the name of “opposition research,” which should more fittingly be called “opposition denigration.”

During a rally, a voter referred to Trump's actions as "mentally retarded", prompting @KamalaHarris to laugh and say, "well said, well said."

I hate amplifying content I know the right will seize on and twist for their own hypocritical gain, but this hurts my heart. #CripTheVote pic.twitter.com/aVQWtLFw30

Another example in this week’s news illustrates the trend, but with more malice. In remembrance of 9/11, all the major news outlets highlighted the speech of a certain Nicholas Haros Jr., whose mother was killed in the 2001 attacks on the World Trade Center in New York.

CNN gleefully reported Haros Jr.’s claim concerning Democratic Representative Ilhan Omar “that [her] previous remarks ‘hurt me personally, my family, and other victims of 9/11 families.’” Feelings of hurt are always newsworthy. CNN didn’t bother to refer back to the context of a controversy essentially fabricated by Fox News and US Tweeter-in-Chief Donald Trump that isolated three words from a complex and totally informal historical explanation Omar gave. CNN showed no interest in reminding its audience of the actual meaning of Omar’s discourse.

Haros Jr. may have felt hurt, but it certainly wasn’t by Omar’s words. Rather it was by the distorted interpretation of those words broadcast by Omar’s enemies, now echoed uncritically by CNN, an outlet that claims to be an honest purveyor of views, as opposed to the always tendentious Fox News. CNN is the same station that spends an inordinate amount of air time criticizing President Trump for lying. This particular lie concerning Omar, amplified by an individual whose claim to fame is being the son of his mother (hey, it worked for Meghan McCain), doesn’t appear to merit CNN’s dedication to the truth.

Haros Jr. simulates a dialogue with Omar, rhetorically asking, “Why your confusion?” If he had read Omar’s remarks, he would have understood that she was expressing no confusion. On the other hand, CNN might have noticed some confused thinking on the part of Haros Jr., which can be traced to sources such as Steve Bannon and the entire white supremacist trend when he claims: “I was attacked, your relatives and friends were attacked. Our constitutional freedoms were attacked. And our nation’s founding on Judeo-Christian principles were attacked.”

According to CNN, Haros Jr. also “argued that his comments were not political.” Perhaps they were not. They were more likely merely racist and Islamophobic, in the Bannon tradition.

The social and cultural phenomenon known as political correctness has its source in the civil rights movement in the 1960s. American blacks made an issue of the unprintable noun we now call the “n-word,” which was clearly understood to carry an intention of racist arrogance. They also rejected the presumably neutral, pseudo-scientific term “Negro” in favor of “black” or “African-American.” This inspired other minority groups who felt discriminated against to claim a similar right to redefine the terms that could be used in polite language to identify their group.

In contrast to the black civil rights movement, none of those groups could cite a historical tradition that was not just offensive, but strongly rooted in a brutally organized institution of oppression, all of which made the “n-word” very special. Still, the principle of equality — so important in US culture — requires that every minority have the right to select the word other people will never be allowed to pronounce, under any circumstances.

In some sense, it’s a way of telling black Americans that they aren’t so exceptional and that the group they belong to deserves as much pity as theirs. Call it the competition for pity, just one other form of competition that US culture will always encourage. Minorities establish their identity by the linguistic rules they successfully impose on everyone else (considered the “majority,” and thought of, implicitly, as the “abusive majority”).

This sociolinguistic trend is consistent with the more general historical trend toward the fracturing and atomization of American society, an inevitable result of the spirit of competition. And as with so many trends, the rise of social media has aggravated its effects. Twitter plays a major role in reducing all communication to simple pronouncements designed to dominate if not annihilate thought.

Given what Twitter is, the type of reaction to Kamala Harris’ indifference to the hurt of others should be expected. But the damage to discourse in the US goes much deeper. Twitter has become the main source of news even for traditional news services. Random opinions expressed by uniformed people with an axe to grind now feed the news bulletins and form the basis of pseudo-analytical articles. And so, the incident in which a man who is not a public speaker and who cannot reasonably be suspected of manifesting ill-will toward a group of handicapped people becomes a “news story” because a candidate for the presidency allowed him to speak and failed to give him a lesson in political correctness.

When discourse loses its link with reality and this forms the basis of the news, who could possibly doubt that the crisis of American civilization has reached a point of no return? 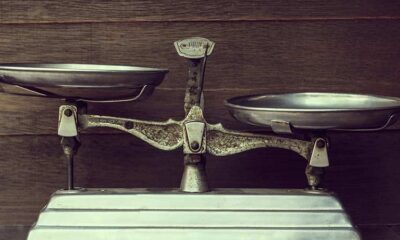 Moderates May Be Extremists

The Facts Behind the Democratic Debate 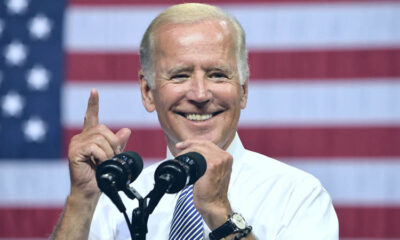 According to Joe Biden, an Empire Doesn’t Rule Others, It Owns Them