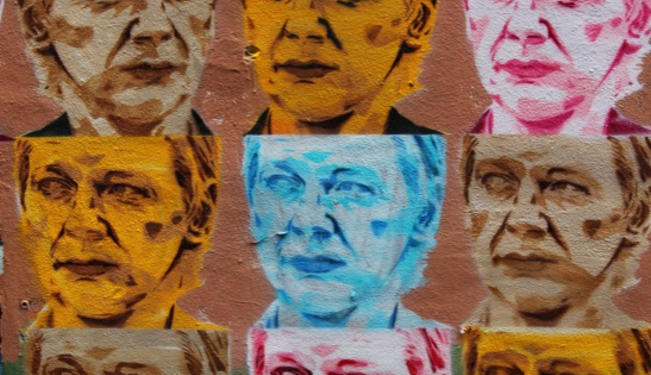 As Julian Assange remains a prisoner inside the Ecuadorian embassy in London, WikiLeaks continues to divide opinions and raise questions about freedom of speech, journalistic ethics and responsibility.

WikiLeaks, officially launched in 2007, wasted no time on its way to whistle-blower stardom, prompting internet guru Clay Shirky to tweet in 2010 that it ‘has had more scoops in three years than the Washington Post has had in 30’. By 2008 WikiLeaks had won the Economist’s New Media Award and the Amnesty International UK Media Award the following year for disclosing extrajudicial killings by the Kenyan police. It shot to worldwide prominence following the publication of the ‘Collateral Murder’ video in April 2010, which showed a US helicopter crew shoot dead twelve Iraqi citizens, two of them Reuters journalists. The video caused worldwide controversy (despite the fact that, ironically, Washington Post’s David Finkel had described the incident in his 2009 book, The Good Soldiers), as the degrading comments made by the crew about their victims shocked and outraged audiences worldwide. From this moment on, WikiLeaks became an established adversary of injustice, government lies and the American military machine.

July 2010 saw the beginning of the publication of the Afghan War Diary, some 90,000 documents relating to the conflict, followed by 400,000 Iraq War Logs in October and, most famously, the 250,000 US Embassy Cables in November. Combined, these represent the largest leak of military documents in history, prompting accusations of gross irresponsibility from governments and human rights groups alike. Although in August Secretary of Defense Robert Gates concluded that no sensitive information or methods were exposed in the leaks, the ethical questions in naming Afghan informers collaborating with the US forces took the shine off WikiLeaks’ heroic status. At the extremes, Sarah Palin and Mike Huckabee called for Assange to be hunted down like Bin Laden and killed, and Russia suggested he deserved to the Nobel Peace Prize (for which Assange was actually nominated by a Norwegian MP in 2011).  The public was split. According to a report published by Pew Research in August 2010, of those who followed the story closely, 47% thought that the disclosure of classified Afghanistan documents was harmful to public interest, with 42% thinking it being in favour.

The debate intensified when, in September 2011, WikiLeaks broke its collaboration with The Guardian following a security breach, which resulted in the release by WikiLeaks of the remaining unredacted files containing further sensitive information. Nick Davies, of The Guardian, testifying to the Leveson Enquiry in 2011, had claimed that when probed on the danger of these revelations for Afghan informants, Mr. Assange said that they deserve what’s coming to them. This claim was countered by WikiLeaks as libellous, but if it had indeed been uttered, it would put what came next in an ironic light.

Why is Julian Assange Relevant?

In August 2010, Sweden issued an arrest warrant for Julian Assange based on allegations of sexual assault by two women, provoking accusations of a ‘witch hunt’ against the whistle-blower. In December 2010, Mr. Assange turned himself in to UK police and, after a host of celebrities posted his £240,000 bail, has been living under house arrest, pending his extradition decision. After both the High and the Supreme Courts upheld his extradition in June 2012, Assange fled to the Ecuadorian embassy, and was eventually granted political asylum on August 16. Currently, Mr. Assange remains a prisoner inside the embassy, as the UK Foreign Office denies him safe passage and insists on his extradition to Sweden to answer the prosecution charges, and has allegedly threatened to storm the compound.

This political stand-off is the last barrier in what WikiLeaks supporters see as attempts by the US government to extradite Mr. Assange to the United States. Attorney General Eric Holder has confirmed that there is an active investigation going on regarding WikiLeaks, but no details are known. What worries human rights activists worldwide is the fate of PFC Bradley Manning – the US soldier who is allegedly the source of the leak. Since his arrest near Baghdad in 2010, Manning has been kept in solitary confinement until April 2011, and is still awaiting his court-martial in prison. His lawyer, David Coombs, had filed numerous motions for his mistreatment in captivity, such as being under 24-hour surveillance, being forced to sleep naked and not being allowed to keep his glasses. Manning faces 22 charges, including aiding the enemy. If convicted, he can face the death penalty, although the prosecution assures that it will not seek it.

The Swedish Foreign Office does not extradite individuals if there is a threat of them facing a death sentence elsewhere, but few supporters of Mr. Assange find this reassuring. 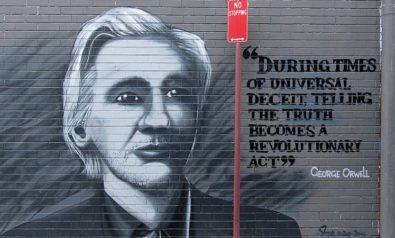