In Cambodia, the US unleashed an unprecedented aerial savagery on defenseless people.

Since his early days as a correspondent covering the wars in Southeast Asia in the 1960s and 1970s, documentary filmmaker and journalist John Pilger has been an ardent critic of Western foreign policy. Following in the footsteps of Martha Gellhorn, Pilger set out to cover the Vietnam War from the perspective of those most affected by it: the Vietnamese people and US draftees.

In 1979, he filmed Year Zero: The Silent Death of Cambodia, which depicted the humanitarian catastrophe following the ousting of the Khmer Rouge from Phnom Penh. He would go on to make three more films about Cambodia, and become an outspoken critic of the United States’ intervention in the country and the West’s support of Pol Pot.

Pilger spoke with Daniel Pye, a reporter for The Phnom Penh Post, about covering the aftermath of the Khmer Rouge, Henry Kissinger’s recent comments downplaying the US bombing of Cambodia, and new plans to send Australian refugees to the kingdom.

Daniel Pye: You visited Cambodia in 1979 with filmmaker David Munro and photographer Eric Piper. What drew you to the country and what was it like reporting in the aftermath of the overthrow of the Khmer Rouge?

John Pilger: I had reported, written about and filmed Vietnam since the 1960s. I suppose part of my heart lay in Indochina and its struggle for peace and independence — a struggle in which Vietnam may have lost more than 4 million people and Cambodia certainly lost well over 2 million, if you include the bombing and civil war that paved the way for Pol Pot. So, yes, I had kept a close eye on developments in Cambodia.

What was evident then, and is clear now, was that Pol Pot would not have been able to seize power had it not been for the US bombing campaign. CIA assessments, the work of scholars like Ben Kiernan and the reporting of Richard Dudman from inside Pol Pot’s Democratic Kampuchea, together with numerous other credible sources, reach that conclusion. My own interviews with refugees and former Khmer Rouge left little doubt.

In 1979, my colleagues and I were determined to see for ourselves, which wasn’t easy. We teamed up with a French group of doctors bringing aid as that critical year’s monsoon got under way. It’s almost impossible to describe the devastation and trauma we found. Incredibly, the US and its Western allies imposed a crippling embargo on the country, then led by the government of Heng Samrin. This was blatant revenge on Vietnam, whose liberating troops had come from the wrong side of the Cold War. While the West stood by — concentrating its aid in the refugee camps in Thailand and supporting Pol Pot’s defunct regime in the United Nations — much of the emergency aid to reach Cambodia came from the devastated southern provinces of Vietnam.

Pye: Can you describe the humanitarian situation you witnessed, and the response from the West to the suffering of the Khmer people?

Pilger: The need of people was overwhelming. On my first day in Phnom Penh, I saw terribly malnourished children, including those who had walked in from the countryside. For many, life was a nightmare. People were drifting back to what had been a ghost city, and their distress was obvious. In an abandoned petrol garage, a woman and a group of stricken children were cooking leaves in a pot, the fire crackling with banknotes — worthless money — that had poured from the National Bank of Cambodia, which the retreating Khmer Rouge had blown up.

What is beyond doubt is that Henry Kissinger and Richard Nixon unleashed an unprecedented aerial savagery — much of it kept secret from the US Congress and people — on a defenseless people. Kissinger should have stood trial with Khieu Samphan and the other Khmer Rouge leaders. What the US did to Cambodia was an epic crime.

One of the first emergency aid flights into Phnom Penh arrived while I was there. The DC-8 was filled with medical supplies and powdered milk, organized by Oxfam — then the only major Western NGO prepared to break the Western embargo. And this was the “International Year of the Child.”

Pye: In a recent interview with NPR, Henry Kissinger said that the Nixon administration’s secret bombing of Cambodia had killed fewer people than drone strikes under President Barack Obama. How would you respond to his comments?

Pilger: There is plenty of evidence that makes Kissinger’s version [of events] laughable. The credible Finnish Government Commission of Inquiry described — rightly in my view — a “decade of genocide” with three phases. The first phase was 1969-75, the years of the American bombing, during which it is estimated that 600,000 Khmer died while 2 million became refugees. Michael Vickery’s study gives a “war loss” of 500,000 for this period. There are other estimates — some lower, some higher.

What is beyond doubt is that Henry Kissinger and Richard Nixon unleashed an unprecedented aerial savagery — much of it kept secret from the US Congress and people — on a defenseless people. Kissinger should have stood trial with Khieu Samphan and the other Khmer Rouge leaders. What the US did to Cambodia was an epic crime.

Pye: What do you think of the Australian government’s deal with Cambodia to have refugees “resettled” here from its off-shore detention center on Nauru and of Australia’s “stop the boats” policy?

Pilger: The Australian governments’ treatment of refugees is immoral and criminal. The deal by which Cambodia will detain refugees for Australia defies natural justice, the decisions of the Australian courts and the legally-binding 1951 Refugee Convention, which lays out the rights of refugees and the legal obligations of governments. The agreement that Immigration Minister Scott Morrison is making with the Cambodian government is both squalid and lawless. His government is bribing Cambodia to collude in this lawlessness, and the reason is political opportunism and racism. Politicians like Morrison are terrified they’ll be voted out of office, if they allow refugees fleeing personal danger in the Middle East or South Asia to enter the country.

For an Australian like myself, this is all too shaming; and any official or diplomat who took part in setting up this deal ought to be shamed. Two refugees recently died in terrible circumstances in “offshore” detention imposed by Australia: one of them was murdered, the other denied basic medical care. Some 2,500 refugee children are held in detention by the Australian government, many of them suffering terrible conditions, and some of them, according to the Australian Human Rights Commission, denied even “places for babies to learn to crawl or walk on the three-by-three metre metal containers where they are confined in the extreme heat.”

Pye: Civil society groups have documented what has been described as a “land-grabbing crisis” in Cambodia. Do you think donor nations and institutions should shoulder more responsibility for the exploitation of Cambodia’s natural resources?

Pilger: Yes, I do. All the major so-called donor nations have been content to watch Cambodia’s exploitation, from which they have profited.

*[This article was originally published by The Phnom Penh Post and has been reposted with permission from Daniel Pye and John Pilger.] 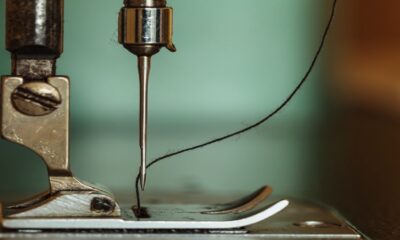 Myanmar is the Latest Destination for Fast Fashion Producers 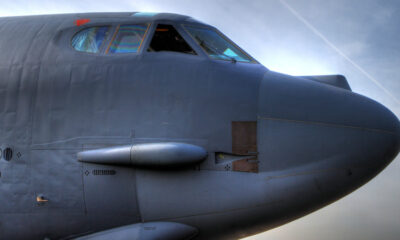