Caligula was by all accounts a nasty piece of work. During the nearly four years that he ruled over the Roman Empire in the first century CE, Caligula was notorious for sexual predation and extravagant spending. Never one to sell himself short, he proclaimed early on that he was a god. He held the Senate in such contempt that he forced its high-ranking members to run alongside his chariot for miles dressed in their togas. He dismissed Virgil as a hack writer and Livy as a dispenser of fake history, and he dreamed of making his favorite horse a consul.

He was also inordinately fond of killing people, sometimes only to seize their assets. Or because he was bored, like the time at a gladiatorial contest when there were no criminals to execute during the intermission. Thinking fast, the despot ordered his guards to throw an entire section of the audience into the arena to be devoured by wild animals.

The world’s most powerful empire suffered four years of unbounded narcissism from a man with a reputation for sexual assaults and a fondness for cruelty who disparaged everyone in sight. Sound familiar?

The one member of his close circle whose life Caligula spared was his uncle Claudius, primarily to make fun of the older man, who was lame and stammered. But “Sleepy Claudius,” particularly as depicted in the two historical novels of Robert Graves and portrayed by Derek Jacobi in the hit BBC series, was a crafty fellow who knew how to survive the deadly game of Roman imperial politics. When the Praetorian Guard finally had enough of Caligula and assassinated him — with the support of the political elite — Claudius was found hiding behind the curtains in the palace and proclaimed the new emperor.

Claudius went on to rule for 13 years. Despite being absent-minded and scatter-brained, he proved to be far more capable than most Romans anticipated. The new emperor restored the rule of law throughout the empire. He stabilized the economy, embarked on an ambitious plan to improve the infrastructure of the realm, and even expanded its reach in the Balkans, North Africa and far-off Britain.

Joe Biden, similarly underestimated because of his stammer and meandering speeches, has channeled Claudius in his first month in office. With a flurry of executive orders, the new US president has quickly reversed some of the most damaging policies of his deranged predecessor. Facing both a pandemic and an economic crisis, he is restoring confidence in government with a rapid vaccination rollout and a large-scale stimulus package. He has plans for big policy initiatives around infrastructure, energy and immigration.

But, of course, not everyone was thrilled with Emperor Claudius, particularly those on the Roman periphery. The British, for instance, chafed under imperial rule. Their escalating anger culminated in the bloody but ultimately unsuccessful revolt of Queen Boudica in 60 CE. Not surprisingly, Biden too has faced his share of criticism, particularly among those on the receiving end of American power or those who’ve bristled at the fickleness of American leadership.

America’s Caligula is still around, perhaps even harboring hopes of a return to power in 2024. In the meantime, what are we to make of America’s Claudius and his effort to bring stability to the American empire?

Biden Makes Nice with the World

The Biden administration has gone into overdrive in its efforts to rejoin the international community as a member in good standing. On February 19, the United States officially reentered the 2015 Paris climate agreement, while Special Envoy John Kerry has pledged to restore the $2 billion for the Green Climate Fund that the US promised under Barack Obama but never delivered. The administration has rejoined the World Health Organization, signed up for the COVID-19 Vaccines Global Access (COVAX) program and promised to disburse the $4 billion that Congress appropriated for COVAX at the end of 2020. Biden reversed some of former President Donald Trump’s most noxious immigration policies, shutting down construction of the wall on the southern border, ending the “Muslim travel ban” and beginning to bring the country back into compliance with international norms around refugees and asylum-seekers.

The Biden administration has also pledged more cooperative relations with NATO allies, Pacific partners and democratic countries more generally. It rejoined the UN Human Rights Council as an observer and restored funding for the UN Population Fund. It began the process of reviving the Iran nuclear deal, restarted relations with Palestinian organizations, embarked tentatively on restoring better relations with Cuba, extended New START with Russia and stopped funding the Saudi-led war in Yemen. Not bad for one month’s work.

President Biden’s moves have encountered inevitable challenges, both domestic and foreign. The Senate, as I explained in my last column, has been perhaps the major check in American politics on an authentic internationalism. Not surprisingly, some Republicans in the Senate are already trying to undermine US involvement in the Paris climate agreement, and they’re sharpening their knives to attack renewed engagement with Iran and with Cuba.

Some allies, too, are not fully on board with Biden’s great reset. France would prefer to invest more in an independent European security system and rely less on NATO. Germany is not interested in a full-court press on Russia and hopes to strike a compromise with the Biden administration that would allow it to stay on schedule with its Nord Stream 2 gas pipeline deal with the Kremlin. Japan and South Korea are squeamish about the trilateral coordination that the United States is (again) promoting, relations with Turkey are tense and Israel is unhappy with Biden’s restoring US ties with Palestine.

But the real problem with the president’s new approach to the world lies not in the resistance it has engendered at home or the ambivalence it has fostered abroad. It lies with the very nature of Biden’s foreign policy.

The amount of damage that Trump did to the world was limited to a certain extent by his incompetence. He could have blundered into another war if his advisers had let the presidential id run wild. If he’d had a Stephen Miller to do to foreign policy what this savvy operator did to immigration, Trump might well have permanently damaged the global system.

Biden, meanwhile, has assembled a thoroughly competent team of professionals — from Secretary of State Antony Blinken and UN Ambassador Linda Thomas-Greenfield to climate czar John Kerry and Deputy Secretary of State Wendy Sherman. That competence is a godsend when it comes to navigating the intricacies of the Iran nuclear deal and the Paris climate negotiations.

But when it comes to the less pleasant aspects of US foreign policy, that competence might prove deadly. Claudius, it turned out, was not a feeble dotard. He knew exactly how to deploy Rome’s imperial might to finish the job Caligula had started in conquering Mauritania and to extend the empire’s dominion to the westernmost reaches of Europe. If the Biden administration decides to ramp up confrontation with China in the South China Sea, for instance, his team might very competently — and disastrously — marshal US allies in the region to implement the plan.

Pax Romana was largely an enforced peace rather than a negotiated one, and Pax Americana has always relied on the overwhelming predominance of US military power. Already, the Biden team has stated its desire to focus on great power rivalry with China and Russia rather than losing propositions like the war in Afghanistan. That preference will translate into a continuation of bloated military budgets, large arms deals with allies and sort-of allies on the periphery of China and Russia, and the deployment of various economic strategies like sanctions to influence the behavior of these perennial competitors.

In his early days in office, Biden has been quick to emphasize the role of diplomacy, promising that force will be the “tool of last resort.” A dramatic example of that approach has been the absence of any drone strikes during the first month of the administration. This is in marked contrast to the strikes that Obama and Trump ordered almost immediately upon taking office as well as the escalation in attacks that took place in Trump’s final months. Only one airstrike has been reported, in Iraq on February 9 against the Islamic State. (Editor’s note: This article was written prior to the US airstrike in eastern Syria on February 25.) In addition to initiating a review of drone strikes, the administration has launched a probe into Special Forces operations to ascertain whether they have adhered to the Pentagon’s “law of war” requirements. This is all very promising. But will it last?

Claudius was content to be successful within the Roman imperial framework. Guilty of his own excesses of violence, he never tried to turn the empire back into a republic or negotiate a new set of relations with Rome’s far-flung possessions. He knew only to expand. Biden, too, operates within the existing system of American dominance. It remains to be seen whether he will dramatically reduce the US military footprint and work with other major powers to redefine international relations at a time of multiple global crises.

If he doesn’t, America will risk the same fate that befell Rome after the death of Claudius. In 54 CE, a new emperor took power who made Caligula look like a cub scout. This latest Caesar made sure that the good that Claudius did during his 13-year reign was indeed interred with his bones. “Nero practiced every kind of obscenity,” writes the gossipy chronicler Suetonius, adding that the new emperor “annulled many of Claudius’ decrees and edicts, on the grounds that he’d been a doddering old idiot.”

The trick, then, is not just to reverse the evils of one’s predecessor but to make those reversals stick. That, in turn, will require not just quick fixes but turning the United States into a truly cooperative world power. 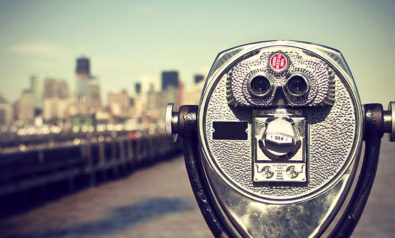 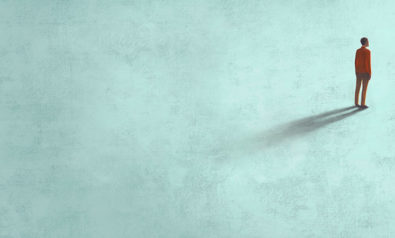 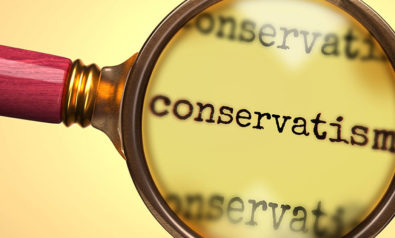 In Conversation With The Bulwark’s Jim Swift