The US Senate recently demonstrated that the only adhesive capable of uniting the two parties is a good, old-fashioned enemy. Although the Democrats and Republicans continue to bicker over the Biden administration’s infrastructure legislation, they achieved rare accord in passing a major technology bill that directs investment into key sectors of the economy.

Why the sudden bipartisanship? China. The $250 billion investment into semiconductor production, scientific research, space exploration and the like is intended to decrease dependency on inputs from China and maintain a US lead in critical technologies.

The Biden administration is now eager to replicate that experience on the global level. At last week’s G7 summit in the UK, the United States again used China as a threat to forge transnational solidarity around a global infrastructure deal. Despite some misgivings from Germany and Italy, President Joe Biden managed to steer the group toward something called the Build Back Better World (B3W) initiative, which incidentally sounds a lot like Biden’s 2020 campaign slogan. But that slogan itself echoed a catchphrase adopted by the UN in 2015 to characterize its response to humanitarian disasters. So, B3W can sound both authentically multilateral and distinctively Bidenesque at the same time.

In the face of the global tragedies of the COVID-19 pandemic and climate change — not to mention the sustained attacks by Donald Trump and other right-wing populists on the global order — it was entirely appropriate for the G7 to come up with a bold approach to addressing global economic inequities in a sustainable manner. Alas, B3W raises as many questions as it addresses.

For instance, is B3W more than just a fancy name attached to already committed financing and existing institutions like the Blue Dot Network? Isn’t the World Bank supposed to be closing the infrastructure gap between the have-lots and the have-littles? And shouldn’t China be a collaborator in this effort rather than its chief antagonist?

Improving Upon Belt and Road?

China launched its Belt and Road Initiative (BRI) in 2013. Its aim has been thoroughly Keynesian: to pump money into the economies on China’s borders — as well as some further away — in order to sustain China’s own economic growth. The more these economies are dependent on Chinese financing, Chinese inputs and Chinese know-how, the more they will ultimately contribute to China’s global economic dominance.

Is China creating some kind of global alternative to capitalism like the Soviet Union’s old Comecon? No, Beijing is thoroughly capitalist in its orientation, though it pushes a version that rubs many laissez-faire purists the wrong way.

Is China determined to use BRI to consolidate an anti-democratic bloc of nations? Although Beijing may well prefer to deal with more predictable partners — and democracies can elect some pretty outrageous wildcards — it is ultimately agnostic about the political governance of its BRI collaborators. There are 140 nations participating in the BRI, including 18 countries in the European Union. For every Belarus and Cuba, there’s an Estonia and a Chile.

Well, then, isn’t China using BRI to build a kind of covert military bloc? Critics, for instance, have pointed to the deal China negotiated with Sri Lanka around the port it helped to finance in Hambantota. Struggling with loan repayments in 2017, Sri Lanka signed a 99-year lease arrangement with a Chinese firm. Couldn’t Beijing now turn this port into a military base?

In fact, Sri Lanka continues to own the facility, though the Chinese commercial firm operates much of the port and thus gets much of the profit. Despite US government claims, China is not and doesn’t seem to have any intention of conducting military business at Hambantota. Two Chinese subs entered the port before the 2017 deal, and Sri Lanka has barred such visits ever since.

The Sri Lankan example has often been used as exhibit A in the case of China’s use of the “debt trap” to advance its global objectives. According to this scenario, Beijing extends loans through BRI, the target country defaults, and China grabs the assets. It sounds plausible. Except that there’s no evidence that China actually operates that way, including in the Sri Lankan case.

The Belt and Road Initiative has many flaws, to be sure. It has facilitated large-scale corruption, for instance, in Malaysia. It has promoted dirty energy, including 240 coal projects and billions of dollars in oil and gas investments.

But it’s not as if China is the only country with dirty hands. Corruption is endemic in infrastructure projects, accounting for as much as 45% of construction costs. And when it comes to fossil fuels, the US was the largest oil exporter in the world last year as well as the fourth-largest exporter of coal.

So, why did the G7 think it was so important to come up with an alternative to China’s Belt and Road rather than work with Beijing to build back better together?

Beat ‘em Rather than Join ‘em?

The United States likes being number one. The success of Trump’s political campaign and his various hyperbolic slogans testify to the endurance of American exceptionalism. The stridency of these exceptionalist claims, however, introduces a measure of doubt. Front-runners who are anxious about their status generally compensate by raising their voices and thumping their chests harder. In this way, we betray our simian origins.

China has challenged the US status by growing what is now, measured by purchasing power parity, the world’s largest economy. Thanks to its performance in 2020 during the pandemic, China will likely become the world’s undisputed number one economy sometime around 2026.

But China is also challenging the global economy by establishing its own institutions parallel to the World Bank and the International Monetary Fund (IMF), like the Asian Infrastructure Investment Bank. The BRI, by encompassing so much of the world, is just the kind of grand initiative that number-one economies set up to maintain their dominance.

The United States is not so enthusiastic about relinquishing its top status. Ditto all the countries that have hitched themselves to the US economic locomotive. With Trump out of the White House, Washington has eschewed machismo in favor of multilateral and moral arguments against the Belt and Road Initiative: China is throwing developing countries into debt dependency; China is bolstering the power of authoritarian leaders; China is fostering unacceptable work environments including forced labor.

Those criticisms ring hollow. The developing world is already in debt dependency to the G7 and its financial institutions. The World Bank and IMF worked closely with dictators for decades. Western corporations long turned a blind eye to horrifying working conditions in the countries where they set up operations.

And the $40 trillion infrastructure gap between have-lots and have-littles that B3W is supposed to bridge? It’s because of this gap that China was so successful in reaching out to the Global South in the first place. In charge of the global economy since 1945, the richest countries failed miserably to achieve a modicum of global economic equity — because that was never really their goal.

But Can It Help?

For the sake of argument, let’s put all this history aside. Regardless of the mixed intentions of its backers, can B3W actually help countries that want to catch up to the rest of the world in a way that doesn’t further accelerate the climate crisis?

The experience of the Blue Dot Network is not encouraging. Established by Japan, Australia and the US in 2019 — after a series of failed infrastructure initiatives like the Asia-Africa Growth Corridor and the Trilateral Partnership — the Blue Dot Network essentially establishes a Good Housekeeping seal of approval for infrastructure deals that meet more stringent requirements around governance, finance, labor conditions and the like. But here’s the problem: The Blue Dot Network doesn’t actually provide credit-hungry countries with access to any new pots of money.

B3W looks like it might be a similar example of grand rhetoric and few resources. It is articulating the same kind of criteria for investments as the Blue Dot Network. As for the financing, the G7 has promised to mobilize private sector funding — in other words, they aren’t ponying up any money of their own. This is no surprise. The Biden administration is hard-pressed to pass its own domestic infrastructure bill. Fat chance it can get Republicans on board to send similarly earmarked funds abroad, even under the rubric of challenging China.

Nevertheless, the White House is talking big: “B3W will collectively catalyze hundreds of billions of dollars of infrastructure investment for low- and middle-income countries in the coming years.” The word “catalyze” sounds very dynamic, but frankly, it’s just a fancy way of saying: We will beg and wheedle and maybe twist an arm or two, but frankly we can’t promise much of anything. As Reuters wryly concluded in its article on the initiative, “It was not immediately clear how exactly the plan would work or how much capital it would ultimately allocate.”

The bottom line is that the world desperately needs a green B3W. It needs to find a way to close the infrastructure gap by providing the funds and financing for the developing world to leapfrog into a clean energy future. At the moment, the Belt and Road Initiative does not do that. And neither does B3W.

So, how about it, Washington and Beijing? Why not get together to see if you can turn two wrongs into a right and collaborate on a global Green New Deal? 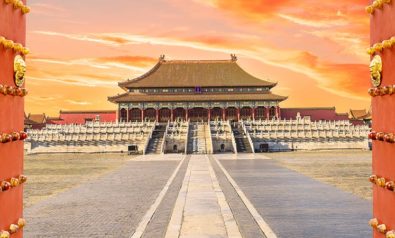