In the first Democratic primary debate, the candidates were asked to raise their hands if they would reenter the Joint Comprehensive Plan of Action (JCPOA), otherwise known as the Iran nuclear deal. Of the 10 presidential candidates on stage, all raised their hands — except New Jersey Senator Cory Booker. The senator argued that, while the United States needs a deal with Iran, simply reentering the JCPOA without any thought to renegotiation would be a mistake.

Although Booker undoubtedly took this stance to separate himself from the other candidates, he also enjoyed the distinction of being correct. Leaving the JCPOA was a costly miscalculation that changed Washington’s global relations. But, rather than clinging to the past, the US is best served by considering alternatives to the JCPOA in the future.

In July 2015, Iran and the P5+1 powers — the United Nations Security Council’s five permanent members, US, France, UK, China and Russia, plus Germany — agreed to enter the JCPOA. Under the agreement, Iran was required to reduce its number of centrifuges by two-thirds, restrict its stockpile of enriched uranium by 98% and limit uranium enrichment to 3.67%. Moreover, the deal required Iran to provide the International Atomic Energy Agency (IAEA) access to its nuclear facilities and to implement the Additional Protocol — a voluntary agreement that provides the IAEA expanded access in the select countries that choose to implement it.

Put simply, the deal limited Iran’s nuclear program to civilian uses by restricting technology, enrichment and potential uranium stockpiles while also subjecting the country to the international community’s most comprehensive nuclear inspection regime. In return, the P5+1 lifted a number of economic sanctions against Tehran.

Although the deal worked, many in Washington criticized the JCPOA, believing it to be too soft. Critics identified a number of flaws, such as the so-called sunset clauses and the utter lack of language in the deal pertaining to ballistic missile technology or Iran’s dubious activities in the Middle East. Due to these criticisms, the JCPOA was enacted as a political commitment rather than a legally binding treaty or executive agreement because the Obama administration lacked the votes to ensure congressional approval.

The JCPOA was admittedly imperfect but, when it was negotiated, it was the best possible solution for constraining Iranian nuclear power and normalizing US-Iran relations. However, by leaving the agreement in 2018, the Trump administration significantly changed that context.

Since the US withdrew from the deal and reimposed sanctions on Iran, straining the country’s economy, the Islamic Republic has reportedly mined ships in the Strait of Hormuz, shot down an unmanned US drone and began reducing compliance with the JCPOA. In turn, the US has moved thousands of troops and equipment to the region and launched cyberattacks against Iranian intelligence groups. Both Tehran and Washington are playing a game of brinkmanship in which it is entirely possible to misidentify the adversary’s red line.

Accordingly, the two countries are closer to conflict now than they have been in years. If this situation continues to escalate, a negotiated diplomatic solution will be necessary. Yet such a solution will not resemble the JCPOA, which — while designed to reduce tensions — was never intended to be a peace treaty. Even if the United States and Iran are able to avoid unchecked escalation, the JCPOA will still not be the best solution to addressing US security concerns when it comes to Iran.

This time, the calculus on both sides is different. By leaving the JCPOA, the Trump administration set the stage for renegotiation by potentially changing one profound factor: Iran’s objective. In 2015, Iran wanted sanctions relief. In 2019, it is logical to assume that Iran desires sanctions relief that cannot be taken away at the whim of the White House. In other words, while Iran would prefer a multilateral agreement ensuring sanctions relief under already negotiated stipulations, the country is likely to prioritize a deal that is legally binding for the US, unlike the JCPOA.

A legally binding agreement could materialize one of two ways: a treaty ratified by two-thirds of the US Senate, or a congressional-executive agreement requiring approval by a simple majority in both houses of Congress. While a treaty ratified by two-thirds of the Senate would be the most desirable in terms of durability, a congressional-executive agreement is more realistic. This is because a simple majority in both houses is easier to politically achieve than a two-thirds majority in the Senate. Even this agreement is likely to require a bipartisan vote, which means that at least some of the primary opponents of the JCPOA — the Republicans — will need to support the agreement.

Iran’s potentially shifting objective, and the corresponding necessity for US bipartisanship, gives future US negotiators an edge that the negotiators in 2015 did not have. If Iran’s objective has truly shifted to assured sanctions relief, then its leaders must be willing to accept more rigorous restrictions, as these restrictions are the only way of securing Republican support. Although Iran will still refuse the White House’s current demands, it may be more amenable to addressing some of the criticisms leveled in 2015.

Republicans, meanwhile, will have an incentive to work with Iran. If a stronger, more restrictive deal can be crafted as a result of the White House leaving the JCPOA, their party wins a major communications victory and helps deescalate the situation in the Middle East. It is likely Republicans could be convinced to vote in favor of a restrictive, but also legally binding, nuclear deal in the future. 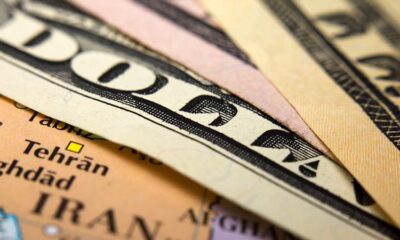 Is the EU Alone Enough to Save the Iran Deal? 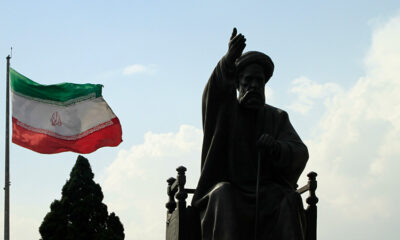 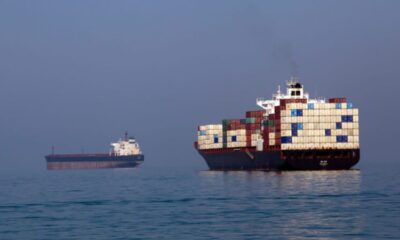 Iran Has Learned How to Play Trump