A hostile response toward the Muslim community undermines our ability to cope with social issues in a constructive way.

In light of the recent attacks in Quebec and Ottawa, discussions have centered on the nature of homegrown violence, security measures and new legislation that may be needed to keep the country safe, as well as the importance of strengthening Canadian values in the face of disruptive events. Most importantly, perhaps, is the concern over possible backlash against Muslim communities in Canada, and how that fits into a broader and more global task of fighting Islamophobia.

Stories of discrimination against Muslims and Islamic centers in the wake of the Ottawa shootings were symbolic of much more than fear and distrust that has become prevalent in Canadian society since the War on Terror. Messages such as, “I’m tired of these Muslims coming to our country” and “All our government needs to do is unrecognize Islam” were shared on social media. A mosque in Cold Lake, Alberta was vandalized, with the words “Go home” painted on its walls. Two of the mosque’s windows were also smashed.

On a national scale, it is crucial to note that this type of response undermines our core values of tolerance, diversity and acceptance. In a country where government officials and ordinary citizens take pride in the multiculturalism that exists in their society, these comments are not only offensive, but are also the exact barriers that will prevent us from moving forward. It is, nevertheless, important to not only delight ourselves in being part of a country that celebrates these vital values, but also attempt to live up to its standards.

And, in this particular case, Canadians certainly have. A few hours after the mosque was vandalized, people not only helped repair the damage, but also taped messages that read, “You are home” and “Love your neighbor” to the windows. In another incident, three young filmmakers created a video in which a Muslim man, dressed in full traditional Islamic attire, is harassed publicly at a bus top in Hamilton, Ontario. The man is told to take the next bus, fearing he could be a possible terrorist. Canadians were quick to confront the “racist,” saying in one instance: “You know what? You can’t stereotype and judge people by their clothes.” One bystander became so enraged that he even punched the actor. The social experiment has since gone viral.

The public’s reaction demonstrates that most Canadians will stand up in the face of abuse and racial intolerance, and that many understand that Muslims and Islamic communities should not be singled out because of the actions of religious extremists and Islamists. In addition, the response is reflective of how much Canadian society has developed and grown. In most cases, people understand that stereotyping and bigotry are not in line with Canadian values and that, instead, acceptance and tolerance are concepts that have become deeply integrated within the nation’s overarching culture.

Given that Islamophobia is a growing problem, we must first and foremost collectively denounce Islamophobia. The responsibility is two-way; as crucial as it is to condemn Islamist extremism and the acts of fundamentalists, it is just as necessary to respond similarly to prejudice and hatred toward Islam and its followers.

Internationally, these responses are reflective of wider Islamophobic attitudes that have become entrenched in some Western societies. Recent attacks on ordinary Muslims are due to the rise of extremist groups such as the Islamic State (IS). Despite the atrocities committed at the hands of IS, it is irrational to equate the actions and ideologies of Islamic fundamentalists to that of 1.6 billion peaceful and ordinary Muslims around the world. In other words, generalizing about Muslims, their communities and their faith based on the actions of IS, or attacks such as the Ottawa shootings, creates division, perpetuates hate and targets individuals who are just as passionate and dedicated to peace, security and democracy as their global counterparts are.

A hostile response toward the Muslim community and individuals linked to the faith undermines our ability to cope with these issues in a constructive way. Given that Islamophobia is a growing problem, we must first and foremost collectively denounce Islamophobia. The responsibility is two-way; as crucial as it is to condemn Islamist extremism and the acts of fundamentalists, it is just as necessary to respond similarly to prejudice and hatred toward Islam and its followers.

Secondly, it is important to refrain from excluding individuals and communities based on their religious beliefs. This exclusion creates a binary of us-and-them, where the majority of Muslims are denied the chance to be part of a conversation they must be a part of. To include Muslims in public discussions of Islam, which includes fighting extremism, is necessary, as their cooperation is needed in order to fight this global threat.

Lastly, among one of the many dangers Islamophobia presents is that it blocks and disables important conversations that we should be having in order to reconcile Islam and peace or East and West — ideas we have come to believe are incompatible with one another. This vision is undeniably more difficult, if not impossible, if we choose to fight extremism with extremism. 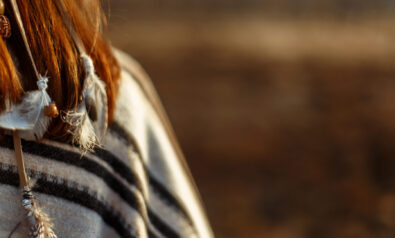