The US presidential campaign debate on Middle East policy has focused disproportionately on the response to the Islamic State. This series instead focuses on five alternative Middle East policy challenges facing the next president. In this first part, Ryan J. Suto discusses the importance of future US policy toward Iraq.

Democracy is not illusive in Iraq. To help the war-torn country get there, however, the United States must finally engage in long-term thinking. In a departure from the policies of past administrations, the next US president should support the democratic potential of Iraqi youth by exploring policy options geared toward the health of the country’s next generation.

At present, a central problem with the potential for democracy in Iraq has been the ethno-sectarian divisions that have become hyper-pronounced since the end of the Saddam Hussein era in 2003, encouraged by the demographically-based institutions of Iraq’s 2005 constitution.

The 2003 US-led invasion of Iraq weakened the state apparatus, which was further crippled by the policy of de-Baathification. These shortsighted policies rendered the Iraqi state unable and—under former Prime Minister Nouri al-Maliki—unwilling to continue basic social services, maintain an adequate security sector or administer justice in a fair and nonsectarian manner.

State service deficiencies created an opportunity for non-state actors, such as terrorist groups, to gain the support of significant numbers of Iraqis by offering protection and community support via sectarian polarization. If the US continues to support sectarian groups, such as the Hashd al-Shaabi, to counter other sectarian groups perceived as more extreme, such as the Islamic State (IS), that policy risks further entrenching civil strife in Iraq.

Moreover, during the past 13 years, short-sighted Iraqi elites have habitually engaged in wide-ranging corruption while extremist groups have engaged in criminal activity to obtain resources, weapons and sectarian-based justice and security—all the while recruiting young Iraqis who have few options for supporting or starting their families.

Indeed, the generation of Iraqis who know nothing beyond ethno-sectarian social divisions, violence and widespread corruption poses the biggest threat to Iraq’s future potential for democratic governance. Those youth who can escape, thanks to financial resources or academic prowess, do so, leaving others to struggle in a poor economy and often with war-related mental illness.

Given divisive political structures, Kurdish plans for independence and a rising transnational Shia identity, Iraq faces a severe existential crisis. Democracy researchers have long stressed the importance of trust within democratic culture: Citizens must trust that competing groups share similar fundamental beliefs regarding the limits and roles of government.

By sharing basic values—the continued existence of state and the right of competing groups to exist, for example—democratic societies limit the realm of violent conflict because violence is not necessary, and is too costly, to maintain a seat at the civic table. This is why demographic heterogeneity generally, though not inherently, hampers democratic consolidation.

If Iraq’s challenges go unaddressed, the country’s youth will continue to mature with no trust for, shared values with, or tolerance of their compatriots of other ethnic and religious communities, making eventual democratization a fantasy.

RECOMMENDATIONS FOR THE NEXT PRESIDENT

As such, if the next US president is serious about supporting the Iraqi people, he or she must devote attention, resources and long-term thinking to the next generation of Iraqis. By abandoning the bad habit of arming various belligerents in conflicts, Washington could help Iraq progress by promoting civil society and political participation (without counterterrorism aims and conditions), and abstaining from policy contradictions.

More specifically, the United States should support a weapons buy-back program as a complement to traditional mechanisms for job creation, similar to one instituted in 2004 and supported by then-Prime Minister Ayad Allawi. Such an initiative would create a cash-flow avenue for Iraqis that does not stem from extremist groups and helps to reduce the hundreds of thousands of American weapons in the country. As young men with no money are generally the most dangerous demographic, efforts to spread wealth and remove weapons will support long-term stability.

Next, Washington should promote anti-corruption and security-sector reform. The goal here would be to kindle renewed trust among young Iraqis in the formal institutions of governance. If such institutions begin to administer impartial justice, young Iraqis will more likely support and seek the redress of these institutions. The state itself must undergo institutional reform processes—such as anti-corruption efforts and judicial capacity-building—in order to have the capacity to support the strengthening of accountability and access to justice in Iraq.

Lastly, US policy toward Iraq should encourage direct efforts to help Iraqi youth move past current conflicts and imagine their own Iraq. For their entire lives, young Iraqis have witnessed ethno-sectarian discrimination by the state apparatus or violent militias. Before any project can foster institutional trust in the state’s ability to fairly mete out benefits and punishments, the past must be addressed in some capacity, signaling to those who have felt wronged that accountability now exists for past transgressions.

Conflict between ethnic and religious groups must be addressed in more localized truth-telling mechanisms, along with considerations for mixed dialogues, prayer sessions and other events. Although conventional wisdom speaks of national post-conflict reconciliation to move beyond conflict and toward trust, the reality of more than a decade of violence in Iraq requires locally-based reconciliation mechanisms, such as community truth-telling commissions and interfaith prayer services.

By helping to address economic stress and the saturation of weapons, reform state institutions and invest in reconciliation mechanisms, US policy can support local leaders in decreasing the influence of extremist groups among Iraqi youth, promote a safer daily existence, begin to rebuild trust in government institutions, and advance democratic values and trust between the various ethno-religious groups in such a diverse country.

This long-term, generational focus and investment in Iraq’s future is the only way US policy can effectively engage in the democracy promotion it claimed to support 13 years ago.

*[A version of this article was originally published by LobeLog and FPIF.] 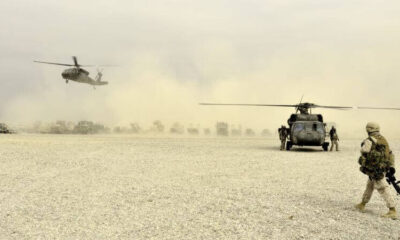 The Real Threat to US Interests in Afghanistan 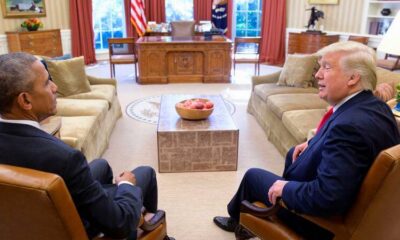 Will Trump Complete the Pivot to Asia? 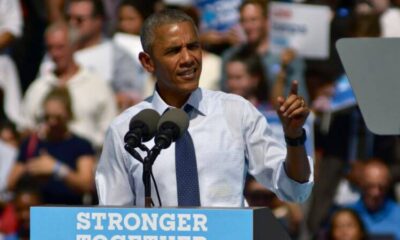