In assessing the American withdrawal from the Iran nuclear accord, all parties would be well advised to heed the well-known physicians’ Hippocratic oath: do no harm, or in this case, no further harm.

On May 8, US President Donald Trump announced America’s long-anticipated withdrawal from the Joint Comprehensive Plan of Action (JCPOA), concluded under his predecessor, Barack Obama, in 2015 to curtail Iran’s nuclear development program. Trump had campaigned aggressively on the accord’s inadequacy and the Obama administration’s failure to fully employ US leverage to negotiate a stronger deal. It has also been a core element of his Middle East policy as president.

For the Trump administration, the accord’s sunset provisions for Iran’s renewed production of enriched uranium are too brief; it does not provide for adequate inspection of military sites suspected of nuclear activity; it imposes no limits on ballistic missile development; and it fails to address Iran’s malign activity in the region — e.g., in Syria, Yemen, Iraq and elsewhere. Such shortcomings are readily acknowledged by Washington’s European partners to the accord: Britain, France, Germany and the European Union. Russia and China also signed the pact.

For US businesses that had begun or might have been entertaining doing business in Iran — e.g., the Boeing Company, America’s largest aircraft manufacturer — the implications are clear. They will need to wind down their activities soon, though US officials have indicated they will likely have 90 to 100 days to do so. US sanctions will kick in at about that time, though some may take as long as six or even 12 months.

The real question and first complication from the president’s decision is what will the other P5+1 signers do? Their best bet, and the likely approach of the European members, is to try to persuade Iran to remain in the agreement. The Iranians would be wise to listen as European companies remain strongly interested in the Iranian market, and Iran needs their investment and trade.

But to make that argument stick, the Europeans would have to back their companies and banks in the event the US applies secondary sanctions. These are sanctions the US government places on foreign companies doing business in Iran and then in the US under any guise. However attractive Iran is, European business interests in the US market and financial system are exponentially bigger and more important than their interests in the Iranian market.

Reinstatement of US sanctions on Iran will include oil. That presents another challenge for all the parties of the agreement. Unquestionably, Iran will lose some market access. The question is how much?

If the US decides to strictly enforce secondary sanctions, it will present huge obstacles. Four of the top six importers of Iranian oil — China, India, Korea and Japan — are unlikely to curtail their imports if the costs to their economies are too great. They are also key trading partners and/or allies of the US. Other significant importers — like Turkey, Italy, Spain and France — are NATO allies of the US. Rather than impose sanctions on these nations, for which oil is considered a strategic necessity, the US is likely to find workarounds or simply ignore the “violations.”

However, any watering down of US sanctions will detract from the leverage the Trump administration needs to achieve its stated objective: to negotiate a new, more stringent agreement with Iran.

What about North Korea?

For the next three to four months, the US government will busy itself with drafting and re-imposing the various sanctions on Iran, ensuring that US businesses understand them, and working with European allies to maximize the extent of the sanctions. To achieve the latter, the Americans will have to demonstrate some give — e.g., tolerating some European businesses’ continuing endeavors in Iran — but also demonstrating genuine goodwill in its self-proclaimed efforts to negotiate a new and better agreement. Europeans are rightly suspicious of that and are likely to seek concrete proof.

For the US, that may be in how it approaches upcoming negotiations with Kim Jong-un over North Korea’s nuclear weapons program. An honest and realistic approach to that negotiation might provide reassurance of the administration’s genuine commitment to preventing nuclear proliferation as opposed to, say, regime change.

Those hoping for a change in the president’s decision are deceiving themselves. This decision had been a core campaign pledge of the President Trump and, therefore, is probably the last place we should expect a turnabout. The only give in the US position may be in how it deals with Europe. The US cannot afford to complicate relations with its European partners any more than it already has after breaking from the Paris climate accord and threatening to impose trade tariffs on imported steel and aluminum. But to underscore the point, no one should expect the Americans to reverse themselves — even if there is a change in party majorities in the Congress this fall. There will be no going back.

The Iranians would be well advised against reacting rashly. The majority of international public opinion is with them for the present, and that shouldn’t be ignored. Continuing to comply with the accord will underscore Iran’s proclaimed good faith. Moreover, its leadership will have to look at maximizing what little clout it has.

For example, remaining within the agreement in exchange for continued access to European oil and financial markets ought to be paramount for the time being. Iran should remain open to European suggestions for strengthening the accord. It will also turn to its Russian and Chinese trading partners, especially the latter, for support. With that, Tehran can probably manage to tolerate, though uncomfortably and only briefly, the US sanctions and what European business loss it is likely to suffer.

The most unwise reaction by Iran would be to restart its nuclear weapons activity. It would bring international condemnation and put Iran out of compliance with the Non-Proliferation Treaty, to which it is signatory, and confirm the worst claims of Washington. Iran should also proceed with its commitment to ratify the International Atomic Energy Agency’s Additional Protocol by 2023. This will keep Iran from falling into international pariah status as it did before concluding the accord in 2015.

The regime should not dismiss the possibility of negotiating a new agreement. Rather, it should keep a close eye on how Trump deals with North Korea. Should the US manage to close a deal that denuclearizes the Korean Peninsula — an admittedly tall task at this point — while also simultaneously formally offering to end the near 65-year-old conflict and pledging to respect the North Korean regime and to improve economic ties, Iran could possibly take comfort in its options with the Americans.

Donald Trump is not an ideological political figure. It’s the deal — the right deal — he wants. Give him that and he will negotiate with anyone. That may be hard for the Iranian regime, itself radically ideological and abjectly opposed to the US, to accept given the president’s harsh words about Iran.

For now, Tehran can wait to see the Trump administration’s next steps. Absent from the president’s remarks on May 8 while announcing the withdrawal was any plan for what may follow. The US “plan B” may simply be to tackle North Korea’s negotiations in earnest. But while that is a serious pursuit, the US must also articulate how it intends to deal with the Iranian nuclear conundrum and avoid escalating tensions and causing further conflict in the Middle East. 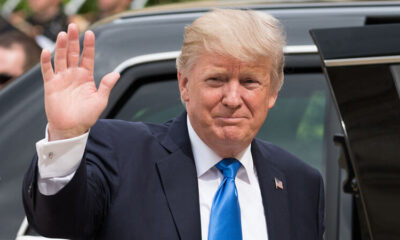 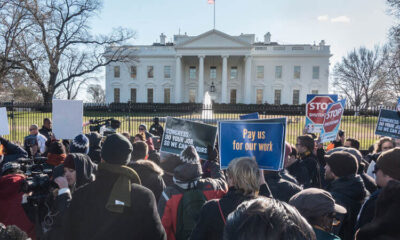 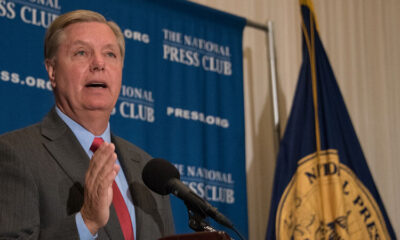