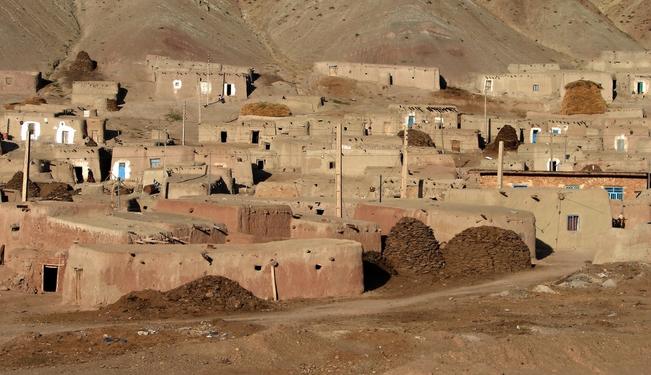 To bolster the US government's foreign policy, Washington would be well-advised to attempt to plant and cultivate a relationship with the PJAK, the armed-Kurdish resistance group at odds with Iran.

The hills and mountains of the Kurdistan province of western Iran serve as the battleground and shelter for the most potent armed resistance group in the Islamic Republic. For almost a decade, the Free Life Party of Kurdistan (PJAK) has fought an extremely robust insurgency against Iranian security forces. In spite of PJAK's campaign against the Iranian government, the group has not received a fraction of the attention from US strategists that other anti-Islamic Republic militant organizations receive. These groups that receive more attention include the Mujahideen-e-Khalq (MeK) and Sunni Islamist militant organizations operating in the southwestern Iranian province of Khuzestan and the southeastern province of Baluchistan.

There is a reason for this lack of attention from America. The PJAK maintains ties to the anti-Turkish militant group, the Kurdistan Workers' Party (PKK). The government of Turkey strongly disapproves of US engagement with Kurdish organizations that have affiliation with the PKK, including PJAK and the Syrian Kurdish Democratic Union Party (PYD). Unfortunately for Turkish policy, it is becoming increasingly difficult for the US to ignore the popularity and relevance of these Kurdish organizations amongst their respective communities and the strategic value that they represent to US foreign policy in the region. As the US rethinks its policy in the region, it is possible that engagement with and pressure applied to Kurdish organizations such as PJAK could yield great benefits for regional security and stability.

The recent battles fought between PJAK and the Iranian government have been vicious. Over the past decade, conflict in Iran's Kurdish-majority, western periphery has killed hundreds of members of the Iranian security forces, including members of the elite Iranian Revolutionary Guard Corps (IRGC). Perhaps the most intense campaign of this long war occurred in 2011, when Iranian security forces launched a series of cross-border raids into the Kandil Mountain region of northeastern Iraq, designed to root out PJAK fighters following the PJAK's assassination of an IRGC commander. Although PJAK fighters were forced out of their fortifications on a series of ridges overlooking Iran, they inflicted heavy casualties on the Iranian military. In the aftermath of the Kandil fighting, the Iranian government claimed that PJAK fighters had sought a ceasefire and surrendered, a claim which has since been refuted by further conflict between PJAK fighters and Iranian security forces in the area.

In a recent conversation I had with Shamal Bishir, the head of PJAK's foreign relations bureau, he asserted that the US and PJAK were natural allies against Iran. Bishir stated to me that:

"PJAK and the Iranian Kurds could be the US' greatest ally in the region because it is an enemy of the regime in Tehran…PJAK is better than other Kurdish parties because it aspires for secular democracy throughout Iran and not just in Kurdish regions."

The presence of a stable and relatively democratic Kurdistan Regional Government (KRG) in Iraq is strong evidence of what support for Kurdish groups in the region can produce. At present, the greatest obstacle to US-PJAK relations is the question of PJAK's ties to the PKK. Bishir, however, indicated in our conversation, without referencing the PKK,  that there were considerable differences between PJAK and the PKK. Unlike the PKK, whose membership is noted for an almost cult-like reverence for Abdullah Ocalan, the founder and leader of the group, PJAK does not rely on the sole authority of its leader, Abdul Rahman Haji Ahmadi. He also stressed that PJAK is a sophisticated organization able to handle both civil and military matters, and that its struggle with Iran was separate with the Kurdish struggle against Turkey.

US policymakers could realize significant benefits by cultivating a relationship with PJAK. In order for this relationship to be nurtured, however, PJAK must be convinced to leave the Ocalan-founded, PKK-dominated Union of Communities in Kurdistan (KCK). The purpose of the KCK is to coordinate between cross-national Kurdish groups. Convincing the Turkish government that PJAK is an independent organization with its own nuanced policy towards Turkey and Kurdish regional aspirations, will be a challenge. Recent Turkish moves towards a bilateral trade and security relationship with the KRG, and the Turkish government's willingness to negotiate with the PKK on a limited basis may, however, provide an opening for Turkish approval of US-PJAK relations.

The US government would be well-advised to attempt to plant and cultivate a relationship with PJAK. Turkey's opening to regional Kurdish organizations, and its reliance on the West as a sustained partner in alleviating the worst complications of the Syrian crisis, provide ample opportunity for US-Turkish agreement on a long-term strategy of engaging with PJAK. US foreign policy in the region could be strongly bolstered by harvesting a relationship with PJAK.