Amid an election full of outlandish statements, Twitter spats and ad hominem accusations, many important problems facing America have failed to grace headlines. In the first of a five-part series exploring issues ignored during the 2016 presidential election season, Ryan J. Suto addresses the harm of judicial elections for state and local judges throughout the US.

Over the last 20 years, judicial elections have seen exponential increases in campaign spending and attention from external interest groups across the United States. These influxes have measurable impacts on the administration of justice in the courts that affect Americans the most.

The US Constitution requires that the federal judiciary be appointed by the president, with the “advice and consent” of the Senate. No similar provision applies to the several states, beyond the requirement that a “republican form of government” exist in each, allowing for each state to decide how their judges are selected, resulting in a great multitude of methods being utilized across the country.

The number of states applying elections to the judiciary expanded most dramatically during the Progressive Era in the early 1900s. At present, 38 states elect judges to their highest courts and 85% of all state judges must campaign to retain their positions, making an election the overwhelming means to choose judges.

While now the most popular method for empaneling judges, judicial elections allow for external influences beyond jurisprudential principles. Judges facing re-election have a greater tendency to levy longer sentences and impose death penalties when presented criminal cases. This is recognition of the threat that electoral challengers will present if any judge appears “soft on crime.”

In a rare dissent of a denial of certiorari in Woodward v. Alabama (2013), Justice Sonia Sotomayor argued that Alabama judges “have succumbed to electoral pressures” due to a propensity to impose death penalties when juries would not. Alabama judges, who all face re-election, are sure to be viewed as tough toward as many defendants who appear reprehensible as possible. Such a systemic bias against criminal defendants can undermine one of the central roles of our justice system: to impose a high burden on the state when it seeks to incarcerate or end the life of a citizen.

But such electoral pressures extend beyond the role of challengers in criminal cases. In Caperton v. Massey (2009), the Supreme Court found that the US Constitution’s due process clause is implicated when judges preside over cases involving parties that have donated to their campaigns.

The decision requires self-disqualification in these instances moving forward, but in the period after Citizens United v. FEC (2010), which struck down restrictions on independent political expenditures by nonprofit organizations, conflicts of interest are increasing difficult to track. Across the US, judges will arbitrate disputes and render decisions that may directly affect their re-election viability.

State courts receive little national coverage, as they can only adjudicate cases and controversies within their jurisdictions, thus escaping the attention and activism of most voters. However, their collective importance in shaping our rights cannot be overstated: 95% of all legal cases initiated in the US are filed in state courts—and political strategists have taken note.

Indeed, during the 2013-14 election cycle, interest groups—often with no requirements to disclose donors or expenditures—accounted for nearly 30% of all funds spent in judicial elections, with political parties responsible for another 10%. Crucially, during this same period, over 90% of judicial seats were won by the candidate who raised more money.

Across the US, judges facing re-election must consider the positions of their constituents, their opponents and outside interest groups—which may account for nearly half of the money spent during the campaign—when making determinations on the law and the fates of individuals.

The American judiciary serves as a necessarily anti-democratic institution—the lone body that can protect civil rights against the transient tides of prejudice and fear to which The People are susceptible.

The bulk of this duty falls on the shoulders of state judges, who shape the rights of millions in areas of family law, contract disputes, criminal cases, voting districts and more. By relying on elections to select judges, citizens assume each judge has the ability to be impartial in the face of losing his or her livelihood as a consequence. While this is a lofty ideal, recent data undermine our assumptions.

To this end, former Supreme Court Justice Sandra Day O’Connor has been speaking against judicial elections since her retirement in 2006, and has authored a model for states with judicial elections to move to merit-based, non-partisan appointments.

While the 2016 campaign has not yet created a dialogue around this issue, a failure to reform or eliminate judicial elections will erode criminal due process, undermine judicial impartiality when interest groups or their objects are parties to disputes, and threaten the judiciary’s independence when protecting potentially controversial rights, such as those of unpopular defendants and minorities. While many since Citizens United v. FEC have asked whether democracy is for sale, the prevalence of judicial elections and an arms race-style of campaign spending ensures that justice will soon be. 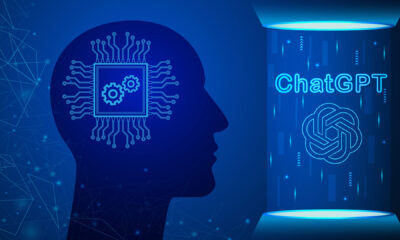 Breakfast with Chad: Who sabotaged the Nord Stream pipelines?