American conservatism is not dead. It just smells funny. Actually, it exudes a putrid, nauseating odor. The bon mot, slightly altered, is not mine. The credit goes to Frank Zappa (which he made with respect to jazz), the iconic iconoclast, musical genius and self-proclaimed conservative (I’m not making this up) whose life was tragically cut short by cancer. Undoubtedly, Zappa would have been delighted these days with the likes of Tucker Carlson, Jerry Falwell Jr. and Lindsey Graham. Those who have never heard of Frank Zappa might listen to his “Jesus Thinks You’re A Jerk” while watching the video of Trump in front of St. John’s Church in Washington, DC, holding a Bible.

Conservatives May Never Recuperate From the Damage of Donald Trump

America’s pussy-grabber-in-chief hanging on to a Bible is a patent mise-en-scène designed to kowtow to his evangelical base, one of the two vote banks left intact amidst the debris of what by now is generally seen as the most disastrous presidency in recent memory. The other, of course, is the white supremacist constituency. Both groups are driven by the same moral panic that propelled them to vote for the probably “most perfect person” alive in America today.

The Bully on Your Side

Elizabeth Dias’s recent article in The New York Times provides an astute explanation for why evangelicals would vote for someone who represents the opposite of everything they claim to hold dear, starting with “family values.” As Dias quite rightly points out, evangelicals supported Trump in 2016 — and are likely to support him later on this year — not despite what he stands for (aka holding their noses), but “because of who he is, and because of who they are. He is their protector, the bully who is on their side, the one who offered safety amid their fears that their country as they know it, and their place in it, is changing, and changing quickly.”

Dias’s analysis reminded me of a point Raghuram Rajan, the University of Chicago economist, one of the few to anticipate the financial crisis of 2008, makes in his recent book “The Third Pillar.” Rajan seeks to explain why lower-class voters would support Republicans, the seeming paradox made famous by Thomas Frank’s “What’s the Matter with Kansas?” The answer is culture. The disadvantaged, Rajan argues, “had reason to hold on to religion and cultural traditions in the hope that these would help reverse their deteriorating present. Conversely, they rejected the modern values of the upper middle-class elite transmitted through mainstream media, not because their own social life was exemplary, but because they believed that religion and traditions were perhaps their last protection against total social breakdown.”

What is true for American evangelicals is even more true for American white supremacists, that large number of Americans of European descent who have seen their centuries-old privileged position slowly but inexorably being eroded and slipping away, leaving them panicked. Ever since the foundation of the republic, Americans considered their country a “Protestant nation,” its values grounded in its Anglo-Saxon heritage. Newcomers to the republic, such as the Irish in the 1830s and 1840s, were met with intense suspicion. After all, they were Catholics, which for most American Protestants represented an essential threat to the liberties of the United States. It took decades until the Irish would be accepted as “white” after being depicted for decades as riotous drunkards and potential terrorists with ape-like features.

American-style conservatism has been many things, not least an intellectual enterprise aimed at preserving a system that promotes and defends the rights of the privileged, white and propertied males while advancing ever-new justifications for social and economic inequality, social and cultural subordination, and outright exclusion. At the same time, as George Will recently noted, American conservativism has consistently embraced “the restless individualism, perpetual churning and creative destruction of a market society” and its myth that everyone gets what they deserve. This is the tradition leading exponents of American conservatism have stood for, together with a profound skepticism with regard to America’s role in the world — “a skepticism about the ability to project power abroad in order to impose benevolent designs on the recalcitrant realities of different cultures.”

One of its most cogent expressions was the 1999 book “A Republic, Not an Empire: Reclaiming America’s Destiny,” by the doyen of US paleoconservatism, the by now largely sidelined Pat Buchanan. At the height of his influence, Buchanan famously referred to the Republicans as the “stupid party.” Today, stupidity is far outdistanced by the party’s blatant cravenness, ridiculous and risible. With Trump, intellectual conservatives have been put in a pickle and they have found it difficult (sorry for the mixed metaphor) to paint themselves out of the corner.

In fact, as George Will has charged, many an intellectual conservative has been “struggling to infuse intellectual content into the simmering stew of economic nationalism, resentment of globalization’s disruptions and nostalgia for the economy and communities of the 1950s.” Others, including Will, finally had enough and bolted from a political party they regarded as their political home for decades, not without expressing their disenchantment in a very loud and public way before slamming the door.

A recent example is David Brooks, who for ages made a good living as a pundit berating anything that smacked of “liberalism.” In a recent op-ed in The New York Times, Brooks outs himself as a “conservative revolutionary,” an intellectual movement in Weimar Germany which paved the way for the Nazis. As he writes, “Today, we’re in the middle of another historic transition when dramatic change is necessary if we are to preserve what we love about America.” Among the things that constitute “what we love about America” are “the liberal fundamentals of our democracy — the belief that democracy is a search for truth from a wide variety of perspectives; the belief that America is a noble experiment worth defending.”

I am not particularly sure what he means by “we.” After all, the liberal foundations of American democracy have been less than kind to Native Americans and enslaved Africans. The notion that democracy is “a search for truth from a variety of perspectives” flies in the face of the notion, held among a significant number of Trump’s American evangelicals, that the Earth was created some 10,000 years ago, that human-induced climate change is a hoax and that COVID-19 is an invention of the media and the Democrats. But given the fact that Brooks is an affluent white male with a column in The New York Times, I have my suspicions.

This, however, is hardly the point. What is far more interesting is Brooks’ coming out in favor of radical change — within certain limits. This might have something to do with the fact that in today’s crazy world, it is not only left-wing protesters in Portland and elsewhere advancing radical demands such as defunding the police. Take, for instance, a recent intervention by Andrew Bacevich (disclosure: he was a colleague of mine at John’s Hopkins SAIS), a military officer-turned-professor of impeccable conservative credentials. He advocates defunding not only the police, but also the military.

Confronted with Trump and his Republican coterie, intellectual conservatives cannot but promote an agenda that is diametrically opposed to the spirit of conservatism. In the age of Trump, everything is up for grabs, from economic, social and racial equality to women’s rights and the question of gender. In the case of Brooks, by the way, rethinking does not go very far. As he put it, “I find I have moved ‘left’ on race, left on economics and a bit ‘right’ on community, family and social issues.” In other words, when online media no longer allow conservatives to ignore the brutal reality of racism, when social inequality stares them in their face, they turn radical, at least a bit.

Decades ago, the adage was that neoconservatives are liberals mugged by reality. In today’s world, anything-but-Trump conservatives such as George Will, Elliot Cohen (dean at SAIS and another former colleague of mine), and Andrew Bacevich are conservatives terrified by what the United States — and the Republican Party — have become over the past four years. Aware of the fact that there is a world outside the US they are terrified by the horrendous disaster Trump and the Republican Party have visited and continue to visit upon the American people.

This is a disaster that to a considerable part is the responsibility of America’s intellectual conservatives. For decades, they have provided the intellectual fodder that infused the GOP’s destructive agenda — an agenda that has proven instrumental in undermining the very foundations of a system American conservatives have claimed to uphold and defend. The likes of David Brooks and George Will have to accept responsibility for paving the way for the likes of Donald Trump. In the process, they have shown that conservatism is a spent force, wiped out by the Trump tsunami.

In the face of a horrifying daily reality, conservatism is nothing but a cop-out, a nostalgic yearning for Eisenhower’s 1950s when the world was “still in order,” when women submitted to men, and nuclear power was the bright hope for the future. In this world, the Pat Buchanans, George Wills and David Brookses are nothing but the dinosaurs of a bygone era, wiped out by cataclysmic events, fossilized traces in the desert. In this brave new world of global warming, global pandemics and global financial disasters, conservativism is dead if only (as Frank Zappa put it albeit in a quite different context) because it has turned out to be “an ill-conceived piece of nonsense.” 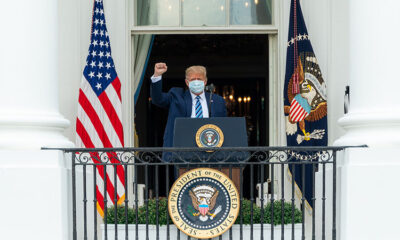 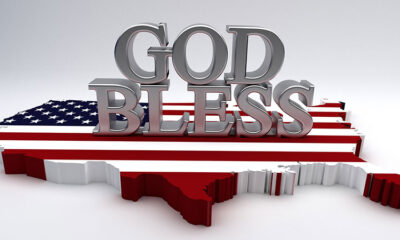 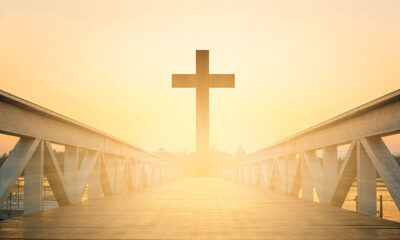