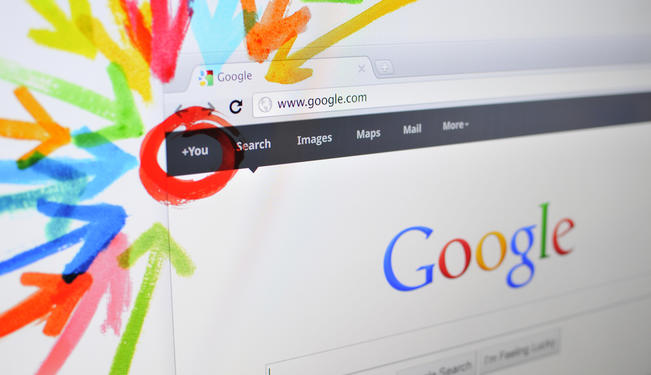 Making the decision for Google to change google.ps’ website to mention “Palestine,” CEO Larry Page didn’t look at international law. Instead, he looked at what social institutions had done regarding Palestine. In turn, Google too followed suit.

Google’s decision on May 3 to change google.ps‘ tagline to “Palestine,” implicitly recognized it as a state. It also encapsulated a jurisprudence (philosophy of law) that harkens back to a world-wide quasi-revolution in law from 100 years ago, called by many at the time, the solution to “a crisis of democracy.” Today, that approach may herald a new period of legal transition as recent technology and new economic realities collide with old laws and rights. Larry Page’s decision, after noting international practice and consulting with international social and economic organizations (UN, ICANN, ISO), illustrates what was termed “sociological jurisprudence” 100 years ago. It is worth a closer look because of its attractiveness to the 21st Century mind.

At the turn of the 20th Century raged a debate (begun in the 1870s in America) in legal circles in the US, Europe, and European Colonies, regarding the relationship of law to society. New social realities and economic organizations forced governments (especially in rural American States) to legislate to protect farmers, consumers, and workers, often clashing with older notions of rights and freedoms. In the United States, this pushed the Progressive Era head on into a Supreme Court with 19th Century ideas about property rights in the famous and infamous Lochner v. NY case. A law limiting work hours for bakers was struck down as an unconstitutional infringement on “liberty of contract” in a 5-4 decision.

Justice Oliver Wendell Holmes Jr, dissenter in the case, and Roscoe Pound (Dean of Harvard Law School), expressed views around the time that were termed “sociological jurisprudence” by others. Edouard Lambert in France and Eugen Ehrlich in Austria were their European analogs, and it was likely Ehrlich who coined the term “sociological jurisprudence.” It is his approach, it seems, that Larry Page recently adopted.

In Holmes’ view, law had always included a “social element” often obliging individuals to conform to group obligations even without “fault,” as expressed in The Common Law. He traced the social character of law through Roman, Germanic, English and American law. For him, “new” social and economic legislation that began with the 1870s Granger Laws was not at all novel in the larger view of history.

Dean Pound, on the other hand, historicized not law as legislation but “fundamental” rights themselves. He pointed out that rights and freedoms stem from the outlook and needs of each time period. With respect to the 18th and 19th Centuries in the west, freedom “to do what one will with one’s property” reflected the culmination of the Age of Discovery and the Era of Colonization. Society sought to encourage exploration, pioneering, and domestication through individual initiative that it, in turn, rewarded and protected. Moreover, Pound remarked, law changes in character, from a closed, formal system during periods of socio-economic stability, to an open, reflective system during periods of rapid change. During such epochs of change, law would open up to society and philosophy to receive society’s new values and ends. These, in turn, would constitute the new rights and laws of the following era.

On the continent, Eugen Ehrlich took sociological jurisprudence a step further in the direction of political theory. In his view, that turned Hobbes on his head; law was not a product of the state or a sovereign but rather of a society that pre-dated the state and was logically prior to it. He cited examples of non-states throughout history where courts and judicial institutions exercised important roles. Those “social laws” were not always written in the form of statutes or cases, but were generally followed and enforced.

This is Larry Page’s view. Making the decision for Google, he didn’t look at written international law or law decreed or enforced by states. Page looked at what social institutions, like the UN and ICANN had done regarding Palestine. Since they and other international actors, including states, had treated it as a state for all intents and purposes, Google would follow suit.

Ehrlich’s and Page’s approach is attractive to 21st Century thought for several reasons. First, it puts all social organizations on an equal footing. This relates to “net-neutrality” and open access to information and publicity. Second, it privileges organizational and social practice over the use of force. After all, the one missing element in Palestinian statehood is territorial integrity, akin to the ability to secure its borders. If almost everyone treats Palestine as a country in all other respects, then that should settle it. Third, it puts actual social practice over law in theory or “law in the books” as promulgated by political entities. Yes, both international law and even the UN Charter call for “territorial integrity” but the fact of the matter is that a people called the Palestinians elect a government, police themselves, and send and receive diplomats to other countries. In the sociological jurisprudence sense, Palestine is a state.

Lastly, sociological jurisprudence à la Larry Page, feels radically democratic. It is not the use of deadly military force, nor the decisions of political elites that determine what law-in-practice is, but rather people’s day-to-day values-as-practiced, or even if enforced only by habit, social pressure, or mutual agreement. Perhaps Page has given law professors and political scientists something to write about for a few years. He may have also just sparked another revolution in jurisprudence.