Gina Haspel has done nothing to demonstrate her independence and moral fiber, but only a professional capability and a willingness to obey orders.

Gina Haspel, President Donald Trump’s pick to head the Central Intelligence Agency, compromised her integrity in front of the Senate Intelligence Committee on May 9 with her fumbled answers concerning torture. Despite persistent questioning, she refused to say torture is immoral. When pressed about what she would do if Trump — a vocal supporter of waterboarding — ordered the CIA to torture its prisoners, she would only say she would not allow the CIA to do something “immoral even if it was technically legal.”

Since Haspel would not call torture immoral, this statement seems to be nothing more than a legalese obfuscation. She added that she would not take the CIA back to its interrogation program, but with a caveat that the CIA follows the law, adding: “We followed the law then, we follow the law today. I support the law. I wouldn’t support a change in the law.” But she left open the door that if the law changed, she would obey.

I learned an essential lesson during my resistance-to-interrogation training in the services: Torture is counterproductive. From the victim’s point of view, torture never ends because the interrogators will not believe you, whatever you say. They carry on torturing whether you refuse to talk, or talk freely, and especially if you change your story at any point. From the interrogator’s point of view, they have no idea if anything you have confessed to is true, fabricated or just designed to stop the pain. In other words, torture is no more than a sadistic simpleton’s idea of interrogation. It is degrading to all concerned and, in the case of the CIA, particularly perverse for the doctors they used to keep their victims alive. It should never be a tool of a civilized country’s government.

Haspel is well aware of the futility of torture — as a professional and experienced intelligence officer she has been through the training, read the books and listened to the psychologists, the victims and even the torturers. Despite being a former chief of Detention Site Green in Thailand used for waterboarding high value al-Qaeda prisoners, she did not tell the Senate that torture is both unethical and useless. If Trump ordered her to resume torture, the honorable thing for her would be refuse or resign. The fact that she did not tell the Senate she would do so disqualifies her from holding the highest office in the CIA — the director of central intelligence.

Haspel has had a steady career in the CIA clandestine service. She is a reliable performer, a capable administrator and she earned positive assessments.  But being the DCI, especially in the Trump administration, requires so much more than being an experienced professional. It requires a keen sense of loyalty to the country — what former FBI director James Comey refers to as a higher calling. For the DCI in particular this means having the courage and integrity to tell the truth even if it contradicts an ideologically-driven policy. George Tenet, a former DCI, failed this test spectacularly when he stayed silent in the face of the White House fiction that the invasion of Iraq was to destroy Saddam Hussein’s WMDs. Tenet had intelligence to demonstrate that Saddam had no weapons of mass destruction, and yet he kept quiet.

Actually he did more that that. He sat behind the Secretary of State Colin Powell at the UN Security Council and lent his authority to Powell’s false narrative. Tenet also failed to prevent the torture of the CIA’s al-Qaeda prisoners — a process Haspel oversaw.

Haspel has done nothing to demonstrate her independence and moral fiber, but only a professional capability and a willingness to obey orders. Donald Trump has embarked on a policy of confrontation with Iran that has already relied on bending the truth with his bogus reasons for reneging on the Iran nuclear deal for a start. Does Haspel have the backbone to speak up? 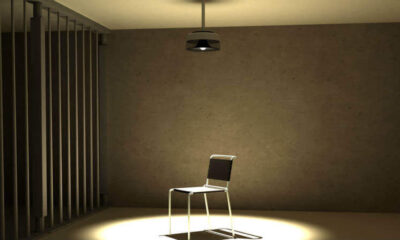 The Banality of Gina Haspel 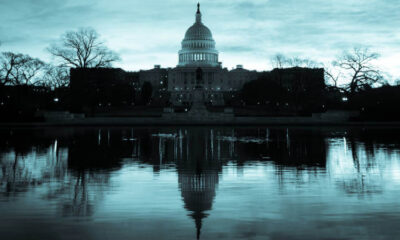 The Witches of Washington DC