As the world was forced into lockdown at the start of the COVID-19 pandemic, Alex Lee Moyer’s documentary “TFW No GF” was released online. The film focuses on an internet subculture of predominately young, white men who already experienced much of life from the comfort of their own homes, pandemic notwithstanding.

Its title, a reference to the 4chan-originated phrase “that feel when no girlfriend,” reveals the essence of its subjects’ grievances described in the South by Southwest (SXSW) film festival program as first a “lack of romantic companionship,” then evolving to “a greater state of existence defined by isolation, rejection and alienation.” As one of the film’s subjects remarks early on: “Everyone my age kinda just grows up on the internet … 4chan was the only place that seemed real… I realized there were other people going through the same shit.”

What does this level of alienation tell us about society today? And how seriously should we take the content found on this online patchwork of messaging boards and forums, each with its own language and visual culture that may at first seem humorous or ironic, but often disguises misogyny, racism and violence? These are difficult and urgent questions, particularly given the emergent incel phenomenon — “incel” being a portmanteau of “involuntary celibate” — which appears to be gaining in strength online.

The idea of virtual expressions of alienation and rage translating to actual violence remains a real and present danger, as we were reminded of this May when a teenager became the first Canadian to be charged with incel-inspired terrorism. The documentary, however, avoids confronting the violence that this subculture often glorifies, and the director has since stated that the film was never supposed to be about incels but that it had become impossible to discuss it without the term coming up.

As it turns out, the men we meet in “TFW No GF” appear to be largely harmless — except perhaps to themselves — and despite the documentary’s lack of narrative voice, it takes a patently empathetic stance. Set against the backdrop of industrial landscapes and empty deserts, this is a United States in decline. Here, role models and opportunities lie thin on the ground, and the closest thing to “community” exists in virtual realms. Each self-described NEET — slang for “not in education, employment or training” — has his own tale of alienation: of alcoholic parents, dead friends or a disenfranchisement with the school system.

For those who study internet subcultures, the memes of Pepe the Frog and Wojak explored in the film will be familiar. Pepe is used as a reaction image, typically in the guises of “feels good man,” and “smug/angry/sad Pepe” and, although not created to have racist connotations, is frequently used in bigoted contexts by the alt-right. Wojak, AKA “feels guy,” is typically depicted as a bald man with a depressed expression.

One of the documentary’s subjects, “Kantbot,” explains that you “can’t have one without the other … that’s the duality of man.” For these men, Pepe represents the troll self, a public persona that embodies their smug and cocky traits. Wojak denotes a more private and vulnerable self, typified by inadequacy, unfulfillment and sadness. At its core, it is this dichotomy that the documentary seeks to explore, whilst at the same time demanding our sympathies.

On the surface, the men in “TFW No GF” are united by their failure in finding female partners, a theme which permeates the “manosphere” that includes Men Going Their Own Way (MGTOW) and incels. This latter identity has garnered particular attention in recent years due to the spate of incel violence witnessed in North America, most infamously Eliot Rodger’s Isla Vista attacks in California in 2014 that left six people dead. According to Moonshot CVE, incels believe that “genetic factors influence their physical appearance and/or social abilities to the extent that they are unattractive to women,” with some subscribing to the philosophy of the “blackpill” — namely, that women are shallow and naturally select partners based upon looks, stifling the chances of unattractive men to find a partner and procreate.

Incels are a diverse and nebulous community, their worldview characterized by a virulent brand of nihilism seen through the prism of a three-tiered social hierarchy dictated by looks. Here, incels find themselves at the bottom of the pile, after “normies,” “Chads” and “Stacys.” Whilst instances of real-world violence perpetrated by incels remain in relatively low in numbers, its potential to mutate into an offline phenomenon is rightly a cause for concern, with Bruce Hoffman et al., making a convincing argument for increased law enforcement scrutiny, noting that the most violent manifestations of this ideology pose a “new terrorism threat.”

A counterterrorism approach alone, however, is unlikely to address the reasons why so many young men (and women: see femcels) are drawn to these virtual worlds. If self-reported narratives on forums such as Incels.net and Incels.co are anything to go by, low self-esteem, bullying and mental health issues are rife. An acknowledgment of the pain, rejection and illness that someone may be suffering from is surely required, however unpalatable that is when faced with the abhorrent imagery and rhetoric that may espouse. Underlying all of this is the need for response based in public health.

However, the documentary’s empathic approach has been criticized, with The Guardian accusing it of misinformation, particularly in its portrayal of 4chan and the like as harmless, and Rolling Stone criticizing the film’s acceptance of events without challenging the communities support of violence, misogyny and racism. In this sense, the film is reminiscent of the 2016 documentary “The Red Pill,” which followed Cassie Jay’s journey into the world of men’s rights activists, similarly focusing on one side of an ever-complicated debate. Thus, showing compassion should ultimately not be a way of avoiding the difficult conversations and, in the case of inceldom, a failure to do so could be seen as irresponsible.

As a researcher of internet subcultures, documentaries like “TFW no GF” are valuable in so much as we are granted a rare perspective of these men in their own words. Despite the film’s selectivity and subjectivity — representing a small sample of the infinite experiences and beliefs held by those in this expansive community — it provides us with a vignette of the online spaces that allow for certain hateful ideas to flourish and be sustained.

For some, the strange and often hostile world of online messaging boards provides a much-needed connection when other doors are closed. For others, they contribute to a more misogynistic, racist and at times violent way of perceiving the world. As COVID-19 continues to rage on, forcing more of us to shift our lives online, the ability to understand and combat deeply entrenched loneliness — as well as its potential to intersect with extreme and even violent corners of the internet — will be essential. 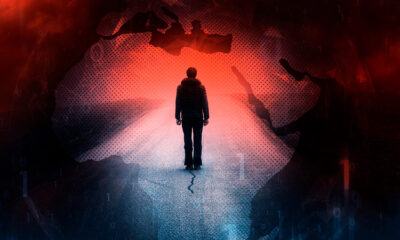 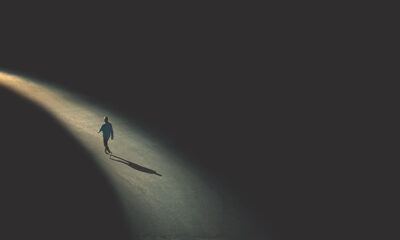