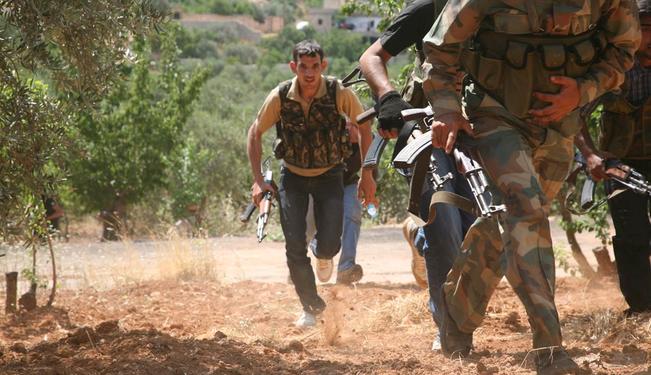 Training and supporting insurgents against one’s adversaries has been a cost effective strategy since the late 20th century, when states co-opted their adversaries’ enemies as proxy forces, avoiding the monetary cost of deploying their own soldiers and the political cost of casualties.

The recent announcement that the United States is considering deploying its forces to train Syrian rebels en masse in a friendly third country, in a bid to improve the insurgents’ capability to counter the Syrian military, suggests that Washington might be heading down that path. This might backfire badly.

It is known that the CIA supported the Afghan Mujahideen with weapons and training against Soviet forces during their occupation of Afghanistan from 1979 to1989. Although this resistance cost the USSR dearly and contributed to their eventual withdrawal, it also destabilized Afghanistan and fostered a territory controlled by rival warlords who were no match for the Pakistani-backed Taliban, which ended up controlling most of Afghanistan. The Taliban then provided refuge and training grounds for al-Qaeda, the prime enemy of America.

Turning to Britain’s support for insurgents who would eventually bite the hand that fed them, the communist-led Malayan People’s Anti-Japanese Army received guerilla training as well as arms from the British during World War II, but ended up forming the main body of the Malayan National Liberation Army, the armed-wing of the Malayan Communists who engaged in the insurgency in Malaya from 1948 to 1960.

Even though the British would eventually win this counter-insurgency campaign, they had to pay the price of at least 1,860 British and allied deaths and over 2,400 wounded.

In Syria, excluding the ostensibly secular Free Syrian Army — and assuming that the US would be able to screen out al-Qaeda affiliates like the al-Nusra Front from receiving combat training — the groups in the anti-Assad rebel alliance, including the Syrian Islamic Liberation Front, al-Tawhid Brigade, and Syrian Islamic Front, are all driven by Islamist ideology. Training them would conflict with US foreign policy.

Hence, there is a distinct possibility that anti-Assad regime insurgents given warfighting training by the US and armed by sympathetic Arab governments, could end up using their lethal capabilities against US forces or interests in a future conflict.

While caution advises against widespread training of Syrian rebels, the instruction syllabus should be carefully designed to minimize any risk of strategic blowback on the US, if the Obama administration decides to go ahead and upgrade the skills of Syrian rebels.

Specifically, any training program should strictly omit instruction on special forces-type skills like combat demolitions and long range sniping, avoid teaching the rebels commando tactics — such as enemy personnel seizure raids, sabotage operations and other missions — and leave out any mention of psychological operations and counter-intelligence measures.

Essentially, training for the rebels should exclude skills useful for terrorism and/or assassination, preclude the possibility that the insurgency could acquire special forces capabilities that might be used against the US in future, and prevent the rise of violent Islamist leaders who have keen persuasive abilities while being resistant to Western/US intelligence monitoring or surveillance.

On the other hand, training should concentrate on imparting the tactical skills and mindsets necessary to operate in disciplined groups of platoon, company, and even battalion strength so that the insurgency can more effectively face the al-Assad military and function despite casualties.

Next, detailed instruction in the employment of anti-tank weapons and tactics along with the effective use of light artillery would help to even the odds against government forces.

Avoid Shooting Its Own Foot

Additionally, effort should not be spared in inculcating a sense of professionalism and ethics amongst junior and mid-level commanders so that civilians will be respected and atrocities against captured government troops avoided. In essence, the training should not only sharpen the edge of the insurgency but also lay the foundation for a respected, professional, and reformed Syrian military if the al-Assad regime is ever deposed.

In as much as the regime needs to be actively opposed for reasons laid out by the Obama administration such as the use of chemical weapons, it bears repeating that any friendly intent of Syrian insurgents towards the US cannot be guaranteed over the long term.

Hence, to avoid blowback from combat training provided to any Syrian rebel faction, Washington needs to be very circumspect regarding the type of warfighting training conducted so that the US does not unwittingly sow the seeds for a future Hezbollah or al-Qaeda. In short, America’s policy vis-à-vis Syria must avoid shooting itself in the foot.

*[This article was originally published by the RSIS.]