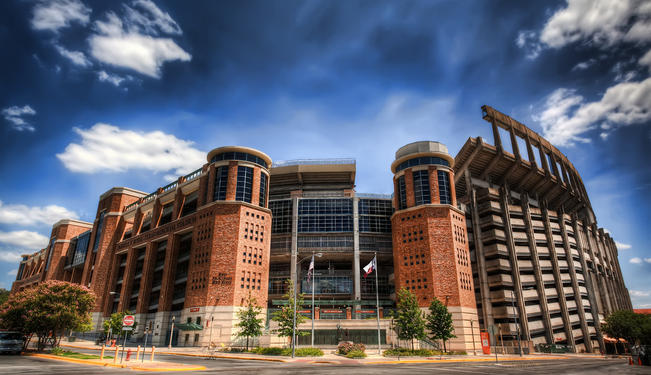 Facing a floundering economy, American graduates are being forced into a perpetual cycle of student-loan debt and underemployment that will not be resolved without a significant reassessment of American higher education.

The imposition of debt on the lives of all, but particularly young people in the United States, is increasingly becoming a significant factor in career path decisions for college graduates. Faced with the choice to risk repaying student loans with an unsure employment future, or reenter into higher education for an advanced degree, students are finding themselves dodging repayment and potential bankruptcy by entering into even greater amounts of debt.

The 2011 College Board study on college tuition prices found that over 120 different colleges and universities have exceeded $50,000 for undergraduate tuition plus room and board. The 2012-2013 school year promises the first group of universities to ever exceed the $60,000 price tag. The most expensive education is currently billed by Sarah Lawrence College in New York, with a cost of $59,170 per year. According to their website, the university provides approximately 65% of students with some form of financial aid, though that percentage does not specify the differentials between loans and scholarships or grants.

Further down the list, but still charging a hefty price of $54,988 a year, Pitzer College in California provides nearly 44% of their student body with some form of financial assistance. According to their website, the average aid package provided to students is worth $37,147, still leaving the “average” student to account for $17,841 per year. Although some families may be able to account for at least some portion of these grandiose prices, many, if not most, certainly cannot afford the $71,364 that would come due after a four-year timeline. It should also be noted that students often take more than four years to complete a degree, as decreased university funding and class availability prohibit students from completing their necessary coursework within a four year period.

In addition to the pressures of reenrolling in higher education to avoid debt remittance, students now face ever-increasing tuition prices in a troubled economy. Public institutions, such as the California State University (CSU) system, have joined their private counterparts in responding to large cuts in the education budget by increasing tuition, some by almost 22% in only two academic years. The Los Angeles Times reported a tentative agreement to cede the tuition increases, providing that the state allot the CSU and University of California systems an additional $125 million in funding for the following academic year. This agreement, however, hinges on voter approval for tax increases in a highly political atmosphere riddled with student protests and accusations of corruption. Additionally, CNN Money reports that CSU attendance rates have increased by more than 72,000 since 1998, further constraining already limited resources.

Increasing tuition expenses only further propagates the need for additional student loans, simply perpetuating the debt crisis that students are facing and attempting to temporarily sidestep. Some universities and colleges have taken it upon themselves to halt increasing tuition costs. Temple University, the University of Texas at Austin, the University of Maine, and every public university in Arizona have promised a tuition freeze for the upcoming academic year. Though these promises are considerable and welcomed, students should be aware that many universities supplement tuition freezes by increasing fees or decreasing aid availability.

One could question the preparedness that students possess for cumulating such massive amounts of debt at such a young age. Rarely, if ever, are students educated on budgeting, debt management, or loan consolidation prior to embarking on their collegiate path. Without such valuable and necessary information, students are less prepared to make educated decisions about their fiscal futures. Many universities now provide financial advising to current students, but this education needs to begin prior to a student’s signature on the dotted line of a loan document. With student debt amount amassing beyond $1 trillion this year, the current system of un/underemployment in the United States has created a dynamic where young adults are left with few options but to enter into more schooling simply to avoid debt repayment due to a lack of jobs, only to take out more loans for a second degree, ultimately perpetuating the debt crisis.

Compared to available funding mechanisms for an undergraduate education, advanced degrees are much more limited in the grants and scholarships made available to potential students. Often, advanced degrees are only fully funded for graduate assistants, teaching assistants, or university employees who receive tuition remissions. Students must often engage in a cost-benefit analysis of what is most beneficial to their future career and sustainable livelihood: the risk of defaulting on student loans while trying to find work, or entering into more debt as a student in order to avoid a default. Although the overall unemployment rate is on the decline, the rate of unemployed persons is still significantly higher than it was four years ago, particularly for Black and Hispanic Americans. According to the Bureau of Labor Statistics’ most recent Current Population Survey, 13.6% of Black Americans and 11% of Hispanic Americans are currently unemployed in the US compared to only 7.4% of White Americans.

Beyond the anxiety-inducing unemployment rate, underemployment as a phenomenon among recent college graduates has developed into a rapidly increasing threat. The Associated Press recently reported that based on current Labor Department findings, last year nearly 1.5 million (53.6%) of Americans under 25 holding a bachelor’s degree were either unemployed or underemployed. Even when students are accessing job opportunities, these occupations may not be enough to adequately maintain and pay off student debt, let alone provide for a sustainable future.

Though many now promote the idea of beginning entrepreneurial endeavors right out of high school and circumventing the collegiate system, this advice does not offer much consolation for those graduating college with rapid interest growing debt. With countries such as Sweden, Argentina, and Spain providing free public higher education to their citizens, a reconstructed framework on the value and profit driven focus of higher education in the United States must occur if the nation plans to remain competitive in the global market. Purveyors of education to future generations should consider the influence that money management skills and more reasonable tuition costs can play on the nation’s future.

Perhaps a reassessment of higher education as a profit margin should be conducted. The European method of free higher education may be the answer. Though this could further strain our educational resources and limit the quality of education students receive, education should not be one of the first places a budget is slashed. Perhaps money management skill building is the answer. In any case, a shift needs to occur in the way that the United States approaches education spending and debt accumulation. Students should be enrolling in advanced degree programs because they have a desire to learn and expand their global understanding, not as a means to postpone loan payments for another two years. Something needs to change.