The Bush administration saw the aftermath of 9/11 as an opportunity to achieve pre-existing foreign policy goals.

Louise Richardson, the incoming vice-chancellor of the University of Oxford, has attracted controversy for suggesting the US overreacted to the terrorist attacks of September 11, 2001.

Richardson is a well-respected expert on terrorism studies, and she made her comments in the context of a nuanced argument about how nations should best respond to terrorism in the contemporary era. However, it is inevitable, given both Richardson’s new status as the head of a prestigious institution and the politically charged nature of anything to do with 9/11, that her views have attracted some angry responses in the United States. But is she right?

Much of the hostile media reaction to Richardson’s comments drew on contributions from the relatives of people killed during the terrorist attacks. Clearly, no one would wish to tell bereaved family members of those killed on 9/11 that their grief and anger in response to those events were an overreaction. But when talking of an overreaction to 9/11, Richardson clearly has in mind the broader collective response of the nation to the events, rather than the personal responses of individuals directly affected.

In this broader sense, it seems self-evident that the US did overreact in various ways to 9/11. In the weeks and months following the terrorist attacks of 2001, fear about the country’s newly realized vulnerability, combined with an invigorated sense of patriotism, spread throughout the country.

President George W. Bush’s narrative that the terrorist attacks represented an assault on the country’s most precious values of freedom and democracy resonated with Americans. So too did the stated intention to go to any lengths to bring the perpetrators of these crimes to justice.

In many respects this outpouring of patriotic defiance stemmed from what is best about America—a strong sense of collective identity based on shared values, a commitment to seeing justice done and an optimistic belief that the wrongs of the world can be made right.

But it subsequently manifested in some ugly ways. Patriotism based on an assertion of common values can easily morph into an intolerance of dissent. This clearly materialized in the post-9/11 US. Voices that questioned the dominant narrative were denounced as treacherous.

A quest for justice combined with a fear of the “other” can also easily result in vengeance being aimed at the wrong targets. The rise of Islamophobia in the US following 9/11 is testament to this. The pervasive sense of fear that a terrorist attack is designed to create also facilitated severe restrictions of the very liberties Americans were so keen to defend in the aftermath of 9/11. The clearest example is the expanded surveillance powers granted to intelligence agencies, including the National Security Agency (NSA).

Evidently, there was a sense in which the US overreacted to the terrorist attacks of 9/11. Americans felt deeply threatened by the attacks and were keen to reassert their common values in response to this threat. While it may be true that ordinary Americans were guided in their response to the horrors of 9/11 by a combination of fear and patriotism—resulting in an overzealous assertion of American values—the same cannot be said for those in charge of formulating some of the most controversial aspects of the government’s response to the attacks.

Many of those at the heart of the ruling Bush administration responded to the terrorist attacks on 9/11 less as a catastrophic event that elicited an emotive response, and more as an opportunity to achieve pre-existing foreign policy goals. Most prominent among these was the desire to remove Saddam Hussein from power in Iraq.

This goal was espoused by a neoliberal think tank, the Project for the New American Century, as far back as 1998 in a now infamous open letter to President Bill Clinton, advocating regime change in Iraq. Many of the signatories to this letter included figures who went on to play prominent roles in the subsequent invasion of Iraq in 2003. Among them were Deputy Secretary of State Richard Armitage; Ambassador to the United Nations John Bolton; and Deputy Secretary of Defense Paul Wolfowitz. Another was Defense Secretary Donald Rumsfeld who, on the very afternoon of 9/11, instructed aides to immediately consider whether it could warrant an attack on Iraq.

These individuals—who were key to determining the US government’s response to 9/11—did not exactly overreact to the terrorist attacks. Rather, they sought to exploit the climate of fear and patriotism that emerged after 9/11, in order to pursue their goals in a wholly calculated and cold-headed fashion.

Did America overreact to 9/11? The answer seems to depend on which Americans we are talking about. 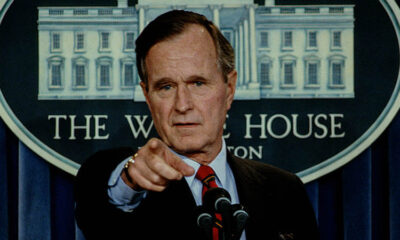 How George H.W. Bush Was Groomed to Become President 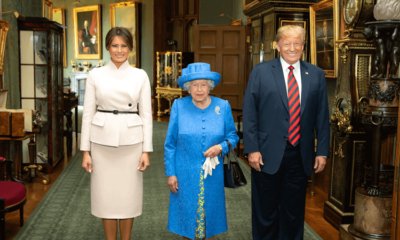 The Daily Devil’s Dictionary: “Nobody” Knew about Brexit 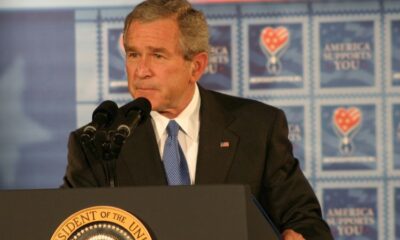