After Iowa and New Hampshire, two states known for the homogeneity of their white populations, the Democratic primaries move west and south. The next venue is Nevada, a state with a significant Mexican minority. The pundits see this as the first test of the capacity of Democratic candidates to appeal to the essential component of the party’s base: the minorities whose massive support — or lack thereof — will likely make the difference in the November election.

Interviewed by the Spanish-language network Telemundo in Las Vegas, some of the Democratic presidential candidates have revealed serious gaps in their grasp of international affairs. Their ignorance of the political reality of distant nations includes countries even as far away as Mexico. Considering that the current president, Donald Trump, has been obsessed by US relations with Mexico ever since the day he launched his candidacy in 2015, this ignorance tells us something about these Democratic candidates’ preparedness to govern.

When asked individually by Telemundo to name the current president of Mexico, Minnesota Senator Amy Klobuchar and billionaire Tom Steyer both drew a complete blank. The former mayor of South Bend, Indiana, Pete Buttigieg, playing the role of the bright kid in class who studies harder than his classmates and thinks he might know the right answer to the teacher’s question, responded, “Lopez Obrador, I hope.” As the 18th-century poet Alexander Pope reminded generations of schoolchildren: “Hope springs eternal in the human breast.” And sometimes it pays off when, in spite of yourself, you come up with the right answer.

Newsweek describes the setting of the event where this questioning took place: “The three candidates took part in the town hall to discuss issues relevant to Hispanic and Latino voters, who make up over 30 percent of the population in the city. People with Mexican ancestry are said to constitute more than 20 percent of the city’s population.”

In politics, an adjective to describe issues that nobody other than a specific segment of the population is particularly sensitive to, which often provokes embarrassingly insincere, fawning behavior on the part of candidates seeking votes.

Klobuchar’s knowledge of Latin American heads of state appears particularly shaky for someone with the status of US senator. Like almost every national legislator present at Trump’s recent State of the Union address, she appears to believe that Juan Guaido is the president of Venezuela. In this case, she probably does know his name and has made it clear that she remembers the name of the Venezuelan president, Nicolas Maduro, whom Guaido hopes to overthrow with help from the United States.

There should be nothing shocking about this shared ignorance about Mexican politics, since for most Americans a wall of ignorance about everything to do with Mexico other than tacos, enchiladas and guacamole long preceded Trump’s initiative of building a physical wall. Trump’s strategy of demonizing Mexicans couldn’t have worked if Mexico wasn’t already widely considered by many Americans to be unworthy of their attention, unless they were running a company or a farm that desperately needed cheap labor. And even so, they needn’t waste a thought on how Mexico was governed or by whom. So long as Mexico stays where it is and lays no ancestral claim to California or Texas, there isn’t much to pay attention to south of the border.

US culture has always regarded Mexico as having the charm of a less than civilized place that has a few exciting spots to spend a holiday. Many Americans maintain an ingrained belief in Mexican inferiority validated by the visible racial contrast of its people, compounded by the persistent desire of an entire population to speak a language that — despite Miguel de Cervantes, Octavio Paz and Pablo Neruda — lacks, in their eyes, the exquisite finesse of American English.

Nevertheless, for a presidential candidate to be totally or even partially in the dark about the identity of the chief executive of Mexico is objectively startling. Not only is Mexico an important country, with an economy closely linked to that of the US, but the current president stands out not only in Mexico’s history but also for what he represents in the overall balance of ideological power on the American continent at a critical moment of its history. Recent US foreign policy has succeeded in pushing back what was known in the previous decade as the “pink tide” throughout much of Latin America. The election of the left-wing president Andres Manuel Lopez Obrador (known as AMLO) in 2018 represents a major shift in Mexican history, with special significance for the delicate game of political influence across the continent.

AMLO has been called the Bernie Sanders of Mexico. When AMLO was elected in July 2018, Sanders tweeted his congratulations and even made some quick suggestions about future collaboration. Because no one had referred to AMLO as the Amy Klobuchar of Mexico, Klobuchar probably had no reason to pay attention to his remarkable campaign and successful election. As a billionaire looking after his fortune, Tom Steyer had more important things to think about. Pete Buttigieg, however, may at the time have seen a headline in The Wall Street Journal mentioning Lopez Obrador’s success and hoped that if ever asked about it in the future he might still remember the name.

Though Americans may choose to ignore it, Mexico has a history that includes various phases of colonization by the Spanish and the French, the seizing of much of its northern territory by the US, a populist revolution in the early 20th century, the subsequent development of a powerful oil industry, some prominent economic crashes, a permanently uncomfortable relationship with the United States and a fairly recent loosening of the decades-long despotic grip on political power of the aptly named Institutional Revolutionary Party (PRI).

The PRI was created in 1929 as an officially left-wing movement that quickly morphed into an autocratic oligarchic system of government built on the foundations of institutional corruption. Through 71 years of uninterrupted reign, it was what Peruvian writer Mario Vargas Llosa called a “perfect dictatorship.”

AMLO is the first non-institutional left-wing president in Mexico’s history. As most presidential candidates have done in the past, he promised to root out corruption. Since his election, he has been active at it, though he certainly has a long way to go before rooting a certain form of corruption out of the national culture.

Concerning the misspent billions of pesos, the journal reports that “the amount of resources in question is greater than the entire federal budget allocated annually for education and health, which receive more funds than any other areas.” This was not your everyday “mordida.”

The other story concerns the former CEO of Mexico’s nationalized oil producer under Pena Nieto. Emilio Lozoya was arrested in Spain last week for massive fraud. Reporting on his arrest, Bloomberg describes his relationship with the former president: “He was appointed by Pena Nieto, who considered him a confidant.” Thanks to AMLO’s actions, both men have been exposed not merely as confidants, but as confidence men.

Bloomberg, however, hedges its bets and appears to come to the defense of Pena Nieto when it states that “Political pundits … cautioned that AMLO’s campaign is often seen as one-sided because it so far has focused on opponents.” But Pena Nieto is the former president, presumably accountable for his historical actions. Calling him an opponent of AMLO makes no more sense than calling Barack Obama an opponent of Donald Trump. Pena Nieto’s actions now belong to the history of Mexico.

When we look into who the pundits cited by Bloomberg are, things become clearer. The article describes the Wilson Center’s Mexico Institute as “a Washington-based think tank.” A bit of research reveals that its Board of Directors includes Trump’s ineffably ignorant education secretary, billionaire Betsy DeVos, alongside Trump’s Secretary of State Mike Pompeo (schooled in lying and cheating, as he himself has claimed), as well top executives of insurance companies and finance and a powerful Mexican corporate conglomerate (media, finance and consumer products), Grupo Salinas.

Ignorance of everything that happens in Mexico other than the murderous activity of drug cartels has become a feature of the American way of life. In 2014, Time Magazine fawningly dedicated its cover to president Pena Nieto with the caption, “Saving Mexico,” followed by the explanation “How Enrique Peña Nieto’s sweeping reforms have changed the narrative in his narco-stained nation.” This may remind some readers of Thomas Friedman’s effusive praise of Saudi Crown Prince Mohammed Bin Salman a year before having to recognize, following the murder of Jamal Khashoggi, that MBS was an unprincipled thug as well as an economic reformer.

In both cases, US media adulated leaders who were “reforming” things in ways that appeared to be in conformity with US geopolitical and economic objectives, whether or not they corresponded to the interests of their own people. It’s funny how easy it is for presidential candidates in the US to forget the names of leaders who don’t engage in reforms favorable to the US economy. 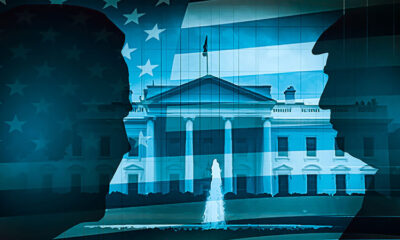 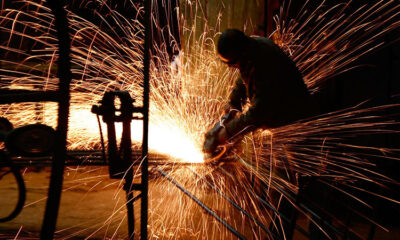 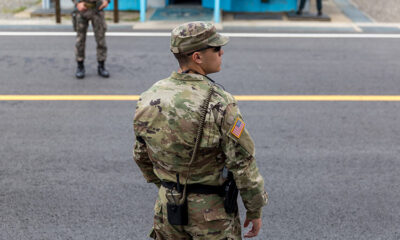