On October 31, the US House of Representatives held a formal vote on its first resolution in relation to the impeachment inquiry against President Donald Trump. The resolution, which passed by 232 votes to 196 along party lines, set out rules on how the impeachment inquiry will proceed in the next phase where open public hearings will be held on the alleged impeachable offenses committed by the US president.

The impeachment inquiry was announced by House Majority Speaker Nancy Pelosi on September 24, after a July phone call in which Trump appears to put pressure on Ukraine’s president, Volodymyr Zelensky, to investigate former vice president and Trump’s political opponent in the 2020 election, Joe Biden, and his son, Hunter, became public. Enlisting the help of a foreign power to get dirt on a political opponent for personal political benefits is a direct violation of the US Constitution, laws and norms dating back to the founding of the country.

America’s first president, George Washington, named foreign influence as one of the greatest dangers to the country in his farewell address:

“As avenues to foreign influence in innumerable ways, such attachments are particularly alarming to the truly enlightened and independent patriot. How many opportunities do they afford to tamper with domestic factions, to practice the arts of seduction, to mislead public opinion, to influence or awe the public councils. Such an attachment of a small or weak towards a great and powerful nation dooms the former to be the satellite of the latter.

Against the insidious wiles of foreign influence (I conjure you to believe me, fellow-citizens) the jealousy of a free people ought to be constantly awake, since history and experience prove that foreign influence is one of the most baneful foes of republican government.”

When the president of the United States fails to abide by the laws of the country, it is the duty of the legislative branch to take action to hold him accountable and to uphold the sanctity of the Constitution. Like the president, every member of Congress from the House and Senate has a duty to uphold the oath to defend the Constitution. After all, what is the purpose of having laws if they are not being upheld?

It is disconcerting to note that had the Republicans remained in control of the House, it is highly likely that it would have ever come to impeachment. Partisan political polarization has led to a highly charged atmosphere where every action is scrutinized and seen through a partisan lens. Party interests seem to have taken precedence over the national interest in the decision calculus of many members of Congress these days. The rule of law and institutions of governance have come under severe pressure under this administration, but it would be a mistake to cast the blame entirely on the president.

The current media narrative is predominantly focused on Trump and how he has invited foreign interference into American politics by trying to get Ukraine to investigate the Bidens. His every action is being examined under the magnifying glass for all to see. But it will be a mistake to think that only the president is guilty of this practice, and that foreign interference in American politics is something new.

The fact of the matter is that US politics has been witnessing interference by foreign actors for a long time. Many politicians from both parties have indirectly benefited from foreign help in the form of campaign contributions. Richard Nixon’s 1972 reelection campaign infamously received $100,000 cash donation from a Mexican businessman. Back then, foreign nationals were still allowed to donate directly to political campaigns. The subsequent disclosure of the $100,000 donation during the Watergate scandal sparked a political firestorm that led to further amendments being introduced in 1980, which finally explicitly prohibited foreign nationals from donating money and other articles of value toward US elections.

The amendments did not stop foreign interference completely, as US nationals are often used as agents on behalf of a foreign power. In 2002, the Federal Election Commission (FEC) handed a record $719,000 fine against those involved in the 1996 Democratic National Committee (DNC) fundraising scandal where Chinese nationals made illegal campaign contributions via Democratic Party insiders with close links to the Clinton administration in return for meeting then-President Bill Clinton. Wang Jun, head of a Chinese state-owned weapons company, was invited to have coffee with Clinton after making a $640,000 donation that was facilitated by Yah Lin, or Charles, Trie, a naturalized citizen from Taiwan.

Bill Clinton went on to cruise to reelection victory that year. An investigation by the US Department of Justice concluded that the money came from China, and that Beijing had used its embassy in Washington to funnel money into the 1996 election. The FEC proceeded to penalize both the DNC and the Clinton-Gore campaign.

Dark money has always been an issue in American politics, but it was dampened by the passage of the 2002 Bipartisan Campaign Reform Act that tightened federal oversight over the financing of political campaigns. But the landmark 2010 Supreme Court ruling of Citizen United v. Federal Election Commission changed the rules of the game by creating a legal loophole for foreigners to funnel millions of dollars into American elections. While foreign nationals are barred from making contributions to political campaigns, a foreign corporation’s US subsidiary is allowed to contribute an unlimited amount of money to outside spending groups such as political action committees, or super PACs, as long as no foreign national directs the contribution.

Another glaring loophole is that so long as the campaign doesn’t have a direct relationship with the PACs mentioned, the PACs will be allowed to advocate for their preferred candidates. For instance, a 2016 report by The Intercept showed that a super PAC connected to Jeb Bush’s presidential campaign received a $1.3 million donation from a Chinese-owned company.

Citizen United v. Federal Election Committee made it much easier for foreign donors to hide the true origin of the money. According to The Washington Post, American subsidiaries of foreign companies are permitted to spend their corporate money on “‘independent expenditures’ (ads that explicitly call for supporting or opposing a candidate), ‘electioneering communications’ (ads that mention candidates without urging support or opposition) and donations to super PACs,” making it difficult to determine whether the money spent originated in the US or abroad.

Of course, many Americans will be surprised that there are times when companies from friendly countries are not necessarily acting in the best interest of the United States. For instance, EnCana Oil & Gas USA, a subsidiary of Canadian company Encana, gave $200,000 to the Congressional Leadership Fund (CLF) and $100,000 to the Senate Leadership Fund (SLF) in 2018. The CLF and the SLF are super PACs dedicated to electing Republicans to the House and Senate respectively. The Republican Party has traditionally advocated for a smaller government and fewer regulations. When President Barack Obama curtailed drilling on federal land and implemented policies aimed at reducing fossil-fuel consumption, the oil industry and the Republican Party fought back every step of the way.

EnCana, which was facing an adversarial Trudeau government and a lack of further growth opportunities at home, has decided to make a move into the US market. Under the leadership of its CEO, Doug Suttles, who is an American, EnCana has been aggressively expanding in the United States. The last thing EnCana wants is to have politicians implementing new regulations that may limit its growth. Therefore, it is in the interest of EnCana and the oil industry to have more elected office-holders who are friendly toward the industry and are unlikely to pursue regulations detrimental to their interest. There is constant pressure on politicians elected with EnCana’s money to act in its interest at the expense of the American public.

EnCana’s policy notes that all political contributions of the company and its subsidiaries are reviewed by “any one of Encana’s Executive Vice-Presidents,” several of whom are Canadian citizens. Multinational corporations often employ diverse leadership — consisting of Americans and foreign nationals from a variety of countries — making it difficult in most cases to discern whether “foreign influence” is being exerted in the decision to invest in US elections.

To know how this approach has paid off for a foreign company, just look at BP. The British multinational oil and gas conglomerate was responsible for the 2010 Deepwater Horizon oil spill — one of the largest environmental disasters in US history. In response to the accident, the House of Representative passed reform legislation to tighten penalties for companies implicated in future oil spills and tightens restrictions on offshore drilling. Republicans opposed the bill, and it eventually died in the Senate, failing to get the 60 votes necessary to prevent a filibuster.

When the Obama administration proposed new regulations, BP and the oil industry fought back by donating money to Republican politicians who vowed to fight “job-crushing” regulations. In the face of intense opposition, the administration took more than 6 years before the regulations were ultimately finalized and went into effect in 2016. BP had donated to Republicans prior to the disaster, and it stopped giving out donations in the aftermath of the accident due to a massive public outcry. After an initial self-imposed moratorium on political donations, BP resumed political donations to Republicans in 2011.

While everyone is focusing on Donald Trump’s attempts to make political gains from foreign influence, many US politicians have been benefiting from this long-established practice. Trump must be held accountable — and so must everyone else. 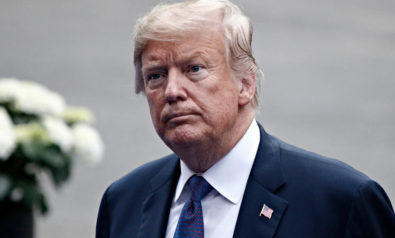 When Is a Coup a Coup?

The Delicate Dance of Democracy 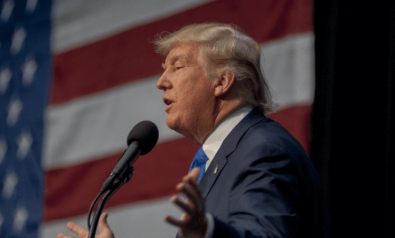