On Monday, California Governor Gavin Newsom ordered many businesses statewide to shut down in response to the raging resurgence of COVID-19 in nearly all 50 US states. That same day, a friend of mine landed in San Francisco after having spent six months living in Japan. On his flight, a United employee sitting behind him failed to wear a mask, as did numerous other people on the flight. No one said or did anything. Upon arrival, he was not asked where he had been or if he had any symptoms of the virus. His temperature was not taken and there was no mention of any requirement for 14 days of quarantine. He boarded a connecting flight and was on his way — six months after the pandemic that has ravaged the world began.

Countries the world over have gotten so many basic elements of the battle against the virus right. Why not America? The unfortunate politicization of COVID-19, the failure to implement mandatory and consistent rules nationwide, the absence of rule enforcement, selfishness, laziness and a culture of silence are all combining to doom us to the consequences of our shared failure. Our collective apathy, complacency and idiocy are killing us.

Should We All Have Been Wearing Masks From the Start?

Not long ago I was in Whole Foods, in the produce section where foods are not packaged, and a perfectly healthy-looking woman in her 30s was the only one not wearing a mask. No one said a thing until I approached her and said she needed to wear a mask and that it had been the law in Connecticut since April. I was told to mind my own business. It is my business, of course, and everyone else’s business in that store, yet no one said or did a thing as she continued to breathe all over the produce. I even went to store management and said something. They had to let her in because she said she had an underlying medical condition that prevented her from wearing a mask. It just so happens that the law in Connecticut allows for that exception, but no doctor’s note is required.

There are plenty of reasons why America continues to lead the world in COVID-19 infections and deaths, but our own stupidity and selfishness have not been talked about much in the media. Every time we see someone not wearing a mask, or wearing it over one’s mouth but not the nose, or under the chin, we should be going up to that person and saying something. Every time. Our culture of silence is raging every bit as much as the virus in this country.

So is local, state and national authorities’ failure to make mask-wearing and social distancing mandatory in all public places throughout the country, backed up by enforcement, which is a critical ingredient that is missing. Many governments across the world have backed their policies with strict enforcement measures and fines. That is why countries such as China and South Korea have been able to successfully battle the virus, and why Morocco, which just started doing the same, now has a reasonable chance of beating down infection rates.

America is capable of doing all this, but the politicization of the virus and silly interpretations of what freedom of action means under the US Constitution have prevented us from following their example. Yes, you are free to take your own health and life into your own hands by being stupid and selfish, but you are not free to do the same with someone else’s health and life. And that is what the “Live Free or Die” movement and conspiracy theory believers among us fail to acknowledge.

Every one of us needs to remind ourselves that other peoples’ actions impact us, and start to act accordingly. Say something when you see someone not wearing a mask in public, or failing to wear it properly. If everyone did so, those who are failing to do so would stop. The majority of us who are now wearing masks and social distancing have the power, but our own complacency is preventing us from taking control of inconsiderate fellow citizens. We have a responsibility to ourselves and everyone else to say something. We should also be putting pressure on lawmakers to crack down on violators and enforce mandates.

Until America gets smarter about how to battle the coronavirus, we will continue to lead the world in infections and death, and we will deserve it. We have only ourselves to blame for being so dumb and failing to take corrective action. America has the resources to get COVID-19 under control, especially if we start treating this as a war and start acting like our collective survival depends on it — because it does. 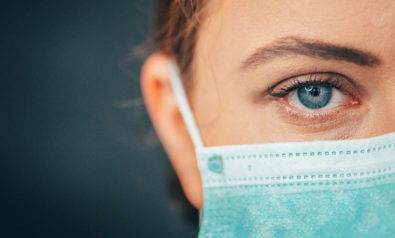 The History of the Respirator and Cloth Mask