Condoleezza Rice wants the US to have a conversation about gun culture.

Former US Secretary of State Condoleezza Rice has emerged from her Stanford classroom to help solve the problem of school killings. Appalled by the idea of turning schools into armed camps — “I don’t think that just arming people in the classroom is going to be the answer” — the long awaited-for solution she has worked out is quite simply… a conversation!  Here is how she put it: “We wouldn’t … say you can go out and buy a tank … So I do think we need to have that conversation.”

Her logic is impeccable. Few would disagree with the proposition that whenever a rational human being realizes it isn’t a good idea “to go out and buy a tank,” it is time to start a conversation.

A procedure that allows a rational, articulate person to appear to assume something positive will happen even when they know it is utterly unlikely because at least one of the sides is immune to listening. “Conversation” contrasts with “dialogue,” a procedure assumes that the participants have the intention of taking into account contrasting points of view to reach some kind of consensus.

There can be little doubt that Secretary Rice sincerely believes what she says. But as a former prominent political figure, she will be aware that “a conversation” is certain to be less effective than appointing a committee to study an issue, which is the usual way of dismissing the issue and circumventing any imaginable solution.

Could this indicate that the Republicans are divided into two camps: one dedicated to the vision of a society where armed confrontation is the desirable norm, and the other — Rice’s side — resigned to admitting that weapons and confrontation are undesirable, but still constitute the norm? Talking about it may simply prove useful to ease the pain.

Rice’s side should be pleased to learn that First Daughter Ivanka Trump shares her wish to work things out through conversation, though instead of being horrified by the idea endorsed by her president father, Ivanka thinks it’s “not a bad idea.” As she tells it, “I think that having a teacher who is armed who cares deeply about her students or his students and who is capable and qualified to bear arms is not a bad idea, but it is an idea that needs to be discussed.” Being armed while caring “deeply” and then conversing or discussing should put things right in no time at all.

History offers us moments when the art of conversation played an important role in elevating public discourse and stimulating the public’s — and even law-givers’ — thinking about complex problems. The emergence of Socratic dialogue and its continuation through the long philosophical tradition of Greece and Rome stands out. But so does — in another genre and a radically different context — the Book of Job in the Bible.

In India, the tradition goes back to the early Rigvedic dialogue hymns (saṃvāda-sūktas), such as the dialogue on happiness between Agastya and Lopamudra, a text composed as far back as the 12th century BC. Shakespeare and his fellow Elizabethans produced great drama, characterized by subtle and complex dialogue, reflecting a movement of great intellectual and social ferment in an era dominated politically by brutal, intractable religious wars. The conversations that took place in 18th-century Parisian salons (and even boudoirs) led to the overturning of monarchies and the birth of modern politics. Dialogue has repeatedly showed itself to be a constructive force in the evolution of societies and cultures.

But is the conversation Secretary Rice invokes a form of dialogue?

Francis Ford Coppola directed a powerful and subtle 1974 movie he called The Conversation, a complex story about surveillance, spying and murder. The title refers to a secretly recorded conversation between two people in San Francisco’s Union Square. As the story develops, the whole notion of a simple conversation turns out to be fraught with dark ambiguity. We learn that the conversation hides more than it reveals.

The physicist David Bohm explored in depth the notion of dialogue, presenting it as the key to solving complex problems. He clearly distinguished between discussion — or conversation — and dialogue, which he saw as a deliberately constructive process or what Maria Popova describes as “a commitment to mutual contemplation of viewpoints and considered response.”

So, what does Condoleezza Rice mean by wishing for a “conversation”? Can we imagine any other answer than, “not much”?

In a society in which all debate (which, for Bohm, is not dialogue) has become radically polarized, conversations may exist, but dialogue remains absent. If Secretary Rice presents conversation — a process doomed to go nowhere — as the alternative to legislation, wouldn’t it be more accurate to call that simply a copout? 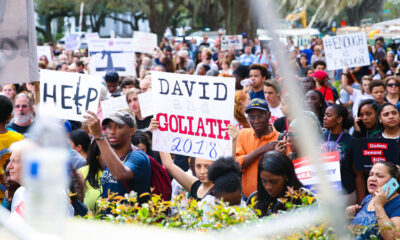 Gun Control After Parkland: What Can Firms Really Do? 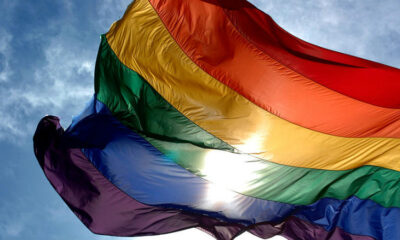