Those who use Twitter to articulate their perception of other people’s racism may, in fact, be reinforcing their culture’s racism. The Daily Devil’s Dictionary explains.

The founding fathers of the United States built racism into the nation’s DNA. They drafted the terms of its management into the Constitution. A century and a half after Emancipation, the nation is still struggling to prove that its true identity is antiracist. But no serious observer, especially in the age of Donald Trump, can deny that racism is alive and well in America.

Persistent racism has, in return, spawned a virulent ideology of cultural antiracism. More than just a moral position, this ideology has inspired a kind of vocation for amateur detectives intent upon investigating other people’s sins. They spend their time examining through a microscope the discourse of public figures and shaming them for their linguistic choices.

Chris Christie, the former Republican New Jersey governor, provided the input for the latest example of detective work by the antiracists when he expressed his admiration for Cory Booker, a Democratic senator who recently declared himself a presidential primary candidate. Christie described Booker as “talented, smart, articulate.”

This provoked a bevy of reactions on Twitter from those who deem that applying the adjective “articulate” to a black man is a racist dog whistle. The HuffPost — never averse to publishing stories about acrimonious accusations — cites this insight as proof of the issue’s seriousness: “One Twitter user wondered if any white politicians have been described using the word.”

Able to sound as if one’s speech reflects an elevated notion of style acquired through education and is constructed according to logical principles, thus identifying that person as a member of the elite predestined to govern

Psychologists might interpret this boisterous manifestation of moralizing antiracism as an attempt to deny the accuser’s own racism, an example of the phenomenon of “projection.” An article in Psychology Today proposes this definition: “Projection is a primitive defense mechanism that occurs in individuals, as well as within groups. A person disowns an unacceptable idea or impulse by projecting it or attributing it to another.”

The enforcers on Twitter desperately want the world to know that if they have the ability to detect a racist who denies being a racist, neither they nor their culture should be accused of racism. They are out to prove that only individuals can be racists, thus absolving the culture of racism. This amounts to a more massive form of denial than what they so eagerly attribute to the individuals they accuse of masquerading their racism.

In Newtonian terms of action and reaction, one form of unfounded intolerance provokes an equal and opposite intolerance. Countering evil in this way has the effect of reinforcing the status of racism by turning any serious reflection on the true problem into a contest of denunciation. It diverts attention from the fact that racism is woven into the texture of the US economy and culture. Because US culture has a predilection for contests and competitions, the rhetorical joust between racism and antiracism has become a permanent part of the landscape. The two opposites perversely reinforce one another, like two rivals in a sporting match.

If racism is a permanent element in the texture of US culture, the way it plays out is far more complex than the simple act of branding as inferior other ethnicities than white European. Civil-rights lawyer Bryan Stevenson, the founder of Equal Justice Initiative, pointedly observes that, “Slavery was never abolished, it only evolved” and adds, “The death penalty is the stepchild of lynchings.”

The entire criminal justice system functions according to a deeply racist logic. President Richard Nixon’s team designed its “war on drugs” — still the official policy of the US government — on explicitly racist grounds. John Ehrlichman, Nixon’s counsel and assistant for domestic affairs, in 1994 explained the strategy as the Nixon team saw it:

“We knew we couldn’t make it illegal to be either against the war or blacks, but by getting the public to associate the hippies with marijuana and blacks with heroin, and then criminalizing both heavily, we could disrupt those communities. We could arrest their leaders, raid their homes, break up their meetings, and vilify them night after night on the evening news. Did we know we were lying about the drugs? Of course we did.”

The hippies faded into the mists of history once the Vietnam War was over, but the black community continues to feel the deliberately designed effects of Nixon’s and all subsequent presidents’ policy. And this, despite the unequivocal assessment of the Global Commission on Drug Policy in 2011: “The global war on drugs has failed.”

With the arrival of Donald Trump in the White House, the question of “white supremacy” has returned to the arena of public debate. But the complaint of racism continues to focus on individuals — starting with President Trump himself — and avoids a reasoned assessment of how the culture itself functions, which isn’t limited to the treatment of African-Americans. The virulently pro-Israeli policy of every administration and Congress reflects Americans’ perception that the Israelis are essentially civilized white Europeans defending Western culture in the midst of a savage darker-skinned region of the world.

Does it make any sense to spend time calling out Chris Christie as a racist for describing as “articulate” a man who happens to have African-American origins? In contrast, when Christie bungled his attempt in 2014 to seduce Sheldon Adelson, a wealthy Zionist, he ended up apologizing for his mention of Israel’s “occupied territories,” a term banned from Israeli discourse. This would appear to show that Christie is personally far less racist than the system and the culture he is part of. Or is it simply proof that, like so many politicians, he can sometimes be inarticulate? 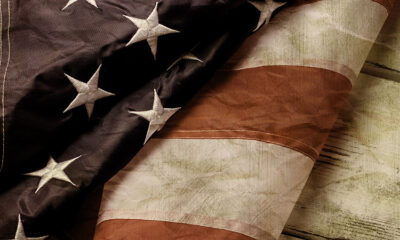 Should the American Way of Life Be a War on American Life? 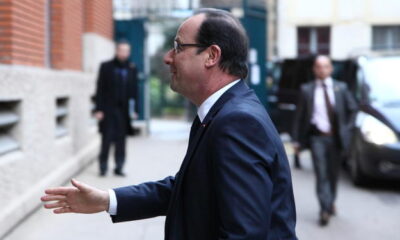 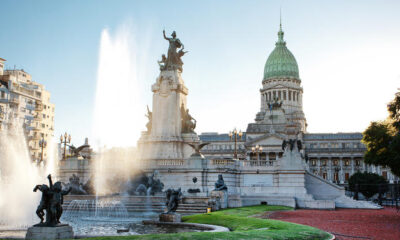