Monopolist capitalism in the era of digital control reassures some and frightens others. Can it be controlled?

After reformers, including Democratic presidential candidate Elizabeth Warren, called for laws to break up the monopolies of big tech companies such as Google, Facebook and Amazon, the defenders of neoliberal economic orthodoxy have begun developing their counter-arguments in what is likely to be a long campaign to prevent a throwback to such Teddy Roosevelt-style trust-busting from ever taking place.

Michael R. Strain, in a recent opinion piece for Bloomberg, cites the “correct” way to think about the issue, defending the liberty of the tech giants to grow and grow, increasingly invading our lives. Shocked that the public might stare a gift horse in the mouth, he asks: “[A]re these companies actually stifling competition, as Cicilline and others think they may be? Not by the traditional, and correct, standard used to evaluate competition.”

A deliberately limited and vaguely defined criterion of judgment generally cited with the reassuring aim of justifying the status quo through an appeal to an impression of strong statistical frequency and repetitive pronouncements. The basis of an appeal to anonymous authority.

Strain’s argument relies on our accepting two things: that the only reason for concern in the debate about monopoly is the question of stifling competition, and that there is a single “correct” standard to evaluate whether the requirement of free-market competition is being respected. But though Warren herself focuses on the legal question of fair competition, she also highlights the more fundamental and far-reaching problem of what we should call “digital monopoly”: unbridled power over people as well as the economy. “America’s big tech companies provide valuable products but also wield enormous power over our digital lives,” says Warren.

Strain cites three criteria for competition evaluation: “reducing the welfare of consumers by increasing the prices … decreasing the quality of products and services they enjoy [and] reducing the choices available to users.” The three pillars of the consumer society: price, enjoyment and choice. This approach reduces humanity to the status of homo economicus, the rational decision-maker focused on self-interest. It singularly fails to define what value is other than the monetary price of an item. It judges quality by measurable performance at the time of use, not by impact on society over time. And it assumes that the existence of choice implies total and permanent freedom.

Even superficial analysis reveals that once a consumer has bought into a brand, especially if that brand is a widely shared self-sustaining system (e.g., Windows, Facebook), they no longer have a choice. They become prisoners of a network effect. Their freedom either disappears or becomes irrelevant.

You could compare it to learning a language. Consumers in the United States are free to learn and speak any language they like, but if at birth they (or their parents) had to choose only one and it wasn’t English, all their other choices — what to do, where to work, with whom to associate, etc. — would be severely restricted. Networks created and owned by corporations seek to lock people into programmed behavior, knowing that that behavior will become a monetizable resource for the corporation. Strain would undoubtedly argue that that’s what people want. But the only thing we know for sure is that that’s what the corporations and their shareholders want. As author Shoshana Zuboff says, “the goal is to automate us.”

Facebook has been maligned for facilitating the dissemination of fake news to the point of complicity in the manipulation of the 2016 presidential election. Since then, after half-hearted apologies, it has doubled down in its stated efforts to minimize, if not completely eliminate the opportunities to spread fake news. Framed like a Weight-Watchers testimonial, in October 2018 Facebook proudly cited a multi-university academic study to proclaim that “during the 2016 – 2018 period, [its] role in the distribution of misinformation was dramatically reduced.”

Some may thus find a curious irony in Business Insider’s revelation this week that “Facebook is paying The Daily Telegraph to run a series of positive sponsored stories about it.” In October, Facebook proclaimed “we’re committed to our part in the long-term effort that fighting false news will require.”

“Sponsored stories,” as everyone should recognize, is advertising. It isn’t mere persuasion. It is consciously designed to make the reader believe that what is presented is solid and pertinent information, i.e., news. As Business Insider points out: “Some studies have been critical of the ad format, arguing they can mislead news consumers.” The purpose of all advertising is to orientate the potential consumer’s perception to create a favorable disposition for future decision-making. Sponsored stories are, quite simply, fake news with a mild and not always noticeable disclaimer attached.

This is the example Facebook wants to show us of its “commitment” to “fighting false news.” We learn from the BBC that even the serious steps it claims to have taken to root out fake news may be lacking in seriousness. Facebook outsourced the work to external agencies, using both artificial intelligence algorithms and human readers, in an effort to detect and suppress or at least tag suspicious postings. But the results have been far from convincing. “More than two years on from its inception, and on International Fact-Checking Day, multiple sources within agencies working on Facebook’s global fact-checking initiative have told the BBC they feel underutilised, uninformed and often ineffective.”

Facebook apparently prefers to pay for its own rose-colored fake news in The Daily Telegraph than to fully support the effort to root out the real thing on its own platform. And The Telegraph, a media company like Facebook, prefers the revenue generated by the publication of Facebook’s sponsored content to the lack of said revenue, thereby demonstrating through its own example that, whatever happens, the news you get is the news that somebody paid for, without you necessarily knowing how or why. 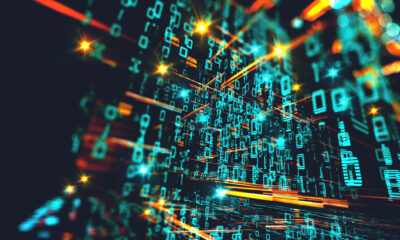 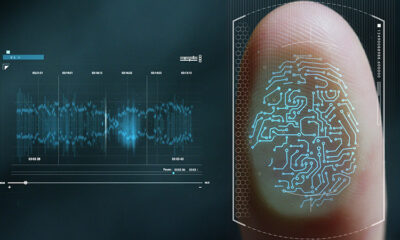