It is doubtful that most Americans of good will have the guts to put much of anything on the line to confront and neutralize the racism in our midst.

There is so much that needs to be said about today’s American trajectory, but only a limited amount of space to say it. So, I am going to start off with a concept that seems so obvious, but to which much of the US has seemed so oblivious: racism is flourishing in America. The nation now has a racist president shoving his racism into our public discourse on an almost daily basis. No one with any moral fiber and a pulse should be able to comfortably avoid the issue any longer. In the end, this may be Trump’s only contribution to a better America.

Now is the time, finally and forever, to put aside the notion that Brown v Board of Education (1954) and the US Supreme Court’s conceptual racial equality ushered in a new era of actual racial equality that would somehow erase the cultural stain of an American nation that rang its initial bell of freedom while enslaving human beings in its midst. Born in those heady days and nurtured throughout the nation’s history is a defining notion that black people are inferior to white people and must remain forever subservient to white cultural norms.

Today’s gladiators, black athletes who dominate revered white sports, have grown “uppity” since their less athletically-gifted brothers have been routinely blown away by white cops who root for them on the playing field and then shoot their brothers on the streets. Where Trump hears an anthem and sees a flag, young black men hear a gunshot and see a pool of blood. Many of the rest of us are so busy playing allegiance to some symbolic piece of cloth with a beer in our hand that we couldn’t get the anthem’s words right if we tried.

More importantly, after all the excitement about the flag and national anthem dies down, it is critical to take a moment to contemplate racist reality. A recent article in The Washington Post references a new paper by Yale University researchers and offers succinct and sobering insight into the depth of the problem:

“[C]ensus data released last week showed that African Americans were the only racial group still making less than they did in 2000. The average black household made 60 percent of what white households made in 2016 and half of what Asians made, according to census data. For every $100 of wealth accumulated by a white family, a black family has a little more than $5 — a gap just as wide as it was 50 years ago, according to federal statistics cited by the Yale researchers.”

Now for the best part, those same Yale researchers found out that most Americans, especially wealthy whites, vastly overestimate America’s progress toward racial economic equality. This is where Trump comes in. He has it so wrong that there may be greatly renewed interest in finally getting it right.

Maybe, at last, over 60 years after Brown v Board of Education, Trump’s willful and appalling ignorance will provoke the moral strength to confront America’s racist past and present and actually do something about it. While it is nice to have a few more black folks to hang out with at work or at school, no white person in America can ever walk in their shoes. Far too many white people have far too little experience in black neighborhoods where families struggle to make their $5 go as far as my $100.

There is so much wrong about so much of the crap that Trump spews that it becomes so easy to pay so little attention to what he is actually saying at any given moment. Much is lost amid a search for labels. This month’s top pick for misunderstood and misapplied label that obscures content is “populist.” You know, as in Trump, the great “populist” on a gilded mission to save the common man.

Putting aside those few who identify as members of a US political party founded in 1891, the general definition of a populist is “a believer in the rights, wisdom, or virtues of the common people.” So, unless “the common people” is a group comprising only white folks, Trump is no more of a “populist” than any of his billionaire friends and his congressional cohorts who stand idly by while he divides “the common people” into neatly colored boxes.

There is nothing about Trump that even remotely suggests a belief in the vast majority of common people in America today — not their rights, their wisdom or their virtues. What Trump has connected with are uncommon people, rich and poor alike, who share a common hatred for racial and cultural diversity, a disdain for equal justice and a palpable fear of a disadvantageous redistribution of wealth.

Trump, rooted to the cheers of his racist brethren, can be counted on to keep stoking the fire, and the media can be counted on to keep that fire burning in our living rooms for a while. But, as with those who oppose meaningful gun control, racists have proved to be a resilient foe. It can only be hoped that this time around, a racist president will be the catalyst for those of good will to actively (not passively) take a stand against the blight of racism that undermines any remote chance at national “greatness.”

Like many, I have again watched the gun carnage in America and the nation’s institutional response to it with shame and outrage. Maybe Las Vegas will do what Sandy Hook could not. I doubt it. I also doubt that most Americans of good will have the guts to put much of anything on the line to confront and neutralize the racism in our midst. 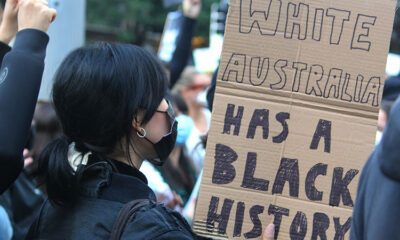 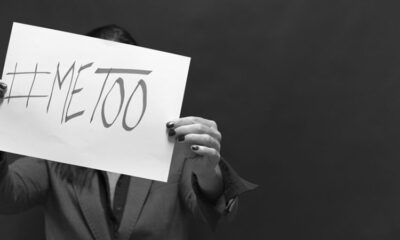 Humane Outcomes Define a Nation’s Worth