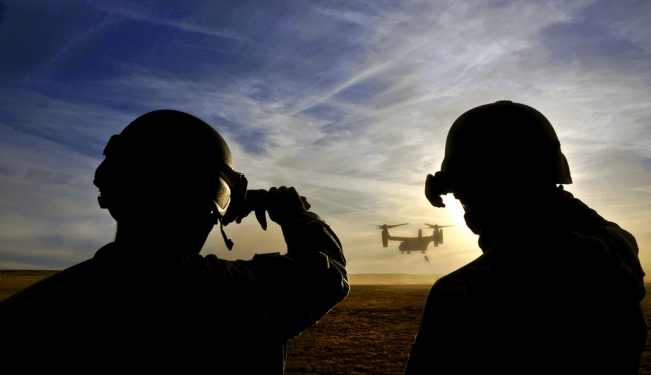 Historical interventions in Afghanistan have always ended up confirming its condition as a strong society but weak state, and I suspect the 2001–2014 US/NATO episode will be no exception. In 2020, Afghanistan will confront this enduring national dilemma.  As a result, it may resemble the county in 1920 rather than the centrally governed liberal democracy envisaged, at least originally, by the latest incursion. The degree of historical determinism this implies has an almost Marxist resignation, yet it seems likely the patrimonial mechanisms that constitute Afghan vernacular politics will continue their pervasive hold.

“Success will be achieved when the Afghan government has earned the support of the powerful Afghan people” was former US Commander in Afghanistan Stan McChrystal’s view of his mission, from which General David Petraeus has not demurred. But while it has a ring of counter insurgent truth to it, this phrase does not define the Afghan people. It falsely implies a sentient electorate, anxious to independently exercise its democratic rights – a far cry from the tangled web of tribal, ethnic, and informal structures which define the Afghan body politic and allow warlordism to retain a central role. The Afghan tribal structure is not as fixed as it is often portrayed to be; affiliations can change over time, but the function of providing security against other tribes and outsiders is permanent. The tribes themselves are tied into a network of patronage through a series of vertical links which connect them to local, regional and national power brokers.

The warlords at the apex of this tribal-client hierarchy exercise a self interested power which keeps the society strong and the state weak.  They are problematic figures for the NATO campaign in that they simultaneously seek military accommodation and continue criminal activities, of which drug trafficking is probably the most egregious. Their interests lie in creating conditions which will guarantee their power and freedom of action, and they are capable of generating sufficient localised violence to safeguard their positions. Unfortunately, violence stemming from the warlords is often conflated with the Taleban’s more ideological military activity, and perceived in a way which obscures the true nature of operations in Afghanistan.

As we now contemplate the stampede for strategic exits in the Afghan campaign, it is the warlords who hold the ring between an exhausted people and a corrupt and inept central government. If NATO hopes to leave the country with any semblance of order, it will need to deal with the real brokers of power, not the purported representatives of the people. To do so, NATO will also have to abandon the lofty aims of principled intervention and embrace the gritty reality of the existing patrimonial edifice, and perpetuate weak central governance.

This leaves us with a prognosis of more of the same and the conclusion that the aggregate military and political power of the USA and the NATO Alliance was insufficient to overcome a medieval socio-cultural structure. If that is the case, then the original aim of the intervention – to deny ungoverned space to terrorist activity – will have failed, and with it the much lauded counter-insurgency doctrine associated with McChrystal and Petraeus. This is likely to lead to recidivism and a crude counter-terrorist approach, advocated by Vice President Biden and others, which can be paraphrased as “forget legitimate government, just kill the bad guys.” This will result in the sort of remote tactical engagement currently prevalent in the Federal Administered Tribal Areas of Pakistan and the consequent progressive alienation of the people. In turn, this will recreate conditions for the Taleban’s discipline to appear beguilingly attractive in a bizarre case of historical déjà-vu.

So much for luckless Afghanistan, doomed to the Sisyphean fate of re-living its history. But what are the implications for the region, and, in particular, for Pakistan and India? Pakistan has a long track record of meddling in Afghanistan, mainly in order to retain the facility of “strategic depth” in its confrontation with India. The equation is complex and must include the variable of Kashmir, but the use of Afghanistan as a device in the Indo-Pakistani standoff can only further complicate an already convoluted situation and make a comprehensive solution more attractive. The conventional wisdom as seen from Islamabad is that the scale and proximity of the Indian threat has always required the spatial depth of Afghanistan in order to absorb an Indian attack. However, a weak or ungoverned Afghanistan allows the Pakistan Taleban to rely on the sanctuary of its co-ideologues in the southern Pashtun area of Afghanistan as well as a strategic depth from which to prosecute operations against Pakistan’s central government. Seeing its own logic turned on its head may make Pakistan more amenable to a broader regional accommodation than it has been in the past.

Will the world care what Afghanistan looks like in 2020? It owes its current celebrity to 9/11 and the preceding conditions and subsequent actions. From 2001–2007, terrorism was elevated to the status of a global war; by the end of the decade this was no longer the rhetoric of Western engagement as the distractions of relative failure and financial crisis began to bite. The next ten years will see a strategic shift from West to East, the possibility of currency and water wars, the certainty of state or criminally led cyber wars, and a vastly increased danger of nuclear engagement as multi-polar deterrence is tested, perhaps beyond its tolerances. In the broad spectrum of history, our preoccupation with jihadist terrorism may appear ephemeral, and, upon its demise, Afghanistan may again occupy its traditional place as a footnote to history.