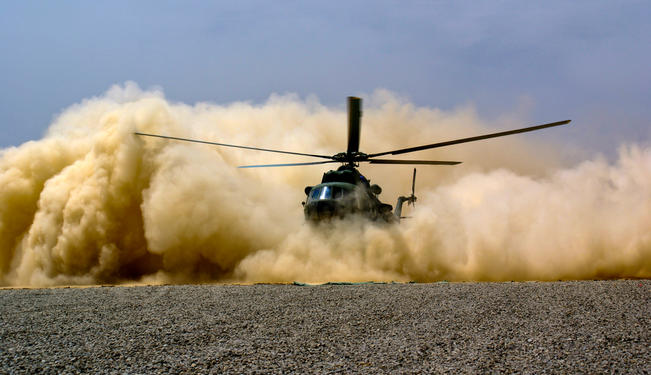 Is Obama's "zero option" a wise choice in Afghanistan?

President Obama's determination to keep on the table the so-called "zero option" of a complete withdrawal of all American military forces from Afghanistan next year is not simply a bargaining ploy to bring to heel the country's mercurial president, Hamid Karzai, as readers of the New York Times might imagine. There are policy reasons for a complete military departure the president could find persuasive.

Yet at this point, he would do well to leave that option on the table. The case for leaving a "residual" military presence in the country, not for combat but for training and emergency back-up, is still the stronger.

Decisions on the size and capabilities of any residual American force remain linked to the successful conclusion of a bilateral security agreement between Washington and Kabul, on which Karzai suspended negotiations in the wake of the debacle over the opening of the Taliban office in Qatar. The Afghan leader's petulance, however, has only reinforced the appeal to Obama of making a clean break, and the failure of the US military campaign over many years to meet the promises of commanders to eradicate the insurgency has understandably made him skeptical about their assessments on force levels.

So far, only Germany and Italy have committed to maintaining residual forces after the International Security Assistance Force mandate runs out late next year, and even they have been assuming there will be a complementary American presence they can rely on if things really get ugly. US military commanders have reportedly pressed for 20,000 American troops to stay on — a troop level the Bush administration only reached in 2006, four years into the US war. The White House plainly isn't interested in a Bush war-fighting troop level, and is said to be looking at a number under 10,000 — or then again, zero.

And talk of zero is galvanizing antiwar activists in the president's Democratic base.

After all, "zero" advocates say, once you are down to 6,000 or so troops, they become hostages as much to capricious Afghan authorities as to potential successes by insurgents. The rapid phase-out of US forces from Afghan front lines has already produced "a huge drop from a year ago" in Afghan soldiers' attacks on their supposed Western partners, a fact that drew attention with a recent incident. A complete military withdrawal would remove the constant irritant of culturally alien foreign forces that inflames even government soldiers. (The soldier who launched the recent attack "said foreign forces had conducted raids and frequent searches of his village in eastern Afghanistan, prompting him to take action," the Times reported.)

Maybe the Afghan government's forces aren't as "professional" as the well-trained American forces in their country, but they are probably better trained and slightly more literate than the fighters fielded by the Taliban. Moreover, Taliban recruiting campaigns appear less successful at mobilizing village men to war against an army of Afghan Muslims, than they were against infidel Americans.

Finally, the zero option negates the core Taliban argument against the legitimacy of the Kabul republic — that it is a "puppet" of the infidels. Whatever small military contribution the continued presence of 6,000 US troops might make, the "zero" case runs, is far offset by the voiding of the charge of the government's illegitimacy. (Of course, a complete US withdrawal would not void the second Taliban indictment against the Karzai government — the colossal corruption that pervades it — but it is not clear that zeal against corruption is what really sustains a guerrilla army.)

The Taliban will eventually find that they cannot defeat a well-resourced Afghan army, and be compelled to do what they adamantly refuse to do now: negotiate with it. So long as there are American soldiers on the ground, the Taliban have an excuse to avoid facing that reality.

Yet this case for gambling on total withdrawal, on the model of Iraq, remains too bold — not because of the risk that the Afghan national army may simply collapse (6,000 American troops could hardly stanch a complete unraveling of government forces anyway), but because a US troop presence on the ground is the only guarantee that the US Congress will continue to provide the funds needed to keep the Afghan forces adequately resourced. Take out the residual force, and it's not just the German and Italian training units that will vanish; it's the cash flow that is essential to holding together the Afghan government and army that will disappear into the sands of sequestration, deficit reduction, and fiscal gridlock in Washington.

The United States has led the international community into making an extraordinary commitment of resources to support Afghanistan's stabilization through the rest of this decade. The linchpin is America's own support. Unless there is some other way to ensure that Washington follows through on its costly commitments to Afghanistan's development and security, a residual force is needed — to hold congressional appropriators hostage, if for no other reason.

By making clear that he contemplates a complete US military withdrawal from Afghanistan with equanimity, President Obama has signaled that he would have no trouble agreeing to an Afghan peace settlement that includes total withdrawal as one of its provisions — something that many in Washington found unthinkable just two years ago. If the Taliban are fighting for a total US withdrawal, they can get through a peace deal with Kabul.