The Senate Intelligence Committee’s report on CIA’s enhanced interrogation techniques only highlights what everyone in the Middle East and South Asia already knows.

What does it say about us as a country, when we have to actively debate the merits of torture? The mere fact that this is even a point of discussion, emphasizes just how far we have drifted from whatever national values we used to subscribe too. The recently released CIA “Torture Report” will soon make us confront some stark realities about our conduct since the days of 9/11.

Nonetheless, the usual partisan politics have already been set in motion, and phrases like “endangering the lives of Americans overseas” and “expose our allies” have already been sounded throughout the rhetorical echo chamber. Unfortunately, this is nothing more than political subterfuge to shield those who engineered and supported such a disastrous set of policies, which have now been universally condemned.

Reality is much more simple: There will never be a better time to have an honest discussion about what the War on Terror really cost us as a nation, not just in real terms, but also in moral capital. Especially as the US continues to be the pivotal player in a world that is experiencing a prolonged period of instability.

Looking back, some things become painfully obvious after the 9/11 attacks. One of these is that the nation, collectively, experienced something along the lines of a neurotic breakdown. The old rules no longer applied, international frameworks and agreements could be twisted and dismembered to satiate a shared desire for revenge, regardless of the consequences.

Politicians capitalized on this fear and turned it into a political weapon; wars were started, civil liberties infringed upon, and prisoners were detained without due process. Sensible policy makers became swept up in the patriotic fervor of post-9/11 madness. But worst of all, torture happened, and the ability to justify its use though legal manipulations, will, without a doubt, be of the great national disgraces for many years to come.

Clearly this viewpoint is not shared by all. Comments made by House Intelligence Committee Chairmen, Mike Rogers, that the release of this report will cause “violence and death” are as ludicrous as they are naive. As are other assertions by Senator Marco Rubio that this report will be “used as a recruitment tool for our enemies.”

The current upheaval in the Middle East is a direct result of failed US policies, such as those highlighted in this report. By continuing to deny our involvement with torture, we would only be perpetuating some of the critical failures, which have become endemic to both foreign and security policy. What Mr. Rogers and Mr. Rubio fail to grasp is that without this kind of transparency, there is no real moral position that can be used to defeat the terrorist groups we are currently fighting.

Furthermore, the campaign of drone strikes, support for corrupt Arab governments, as well as a general inconsistency in foreign policy, provides enough propaganda for groups trying to generate anti-American sentiment. This report only highlights what everyone in the Middle East and South Asia already knows, or worse, has already experienced first hand.

This report should ultimately be about the right of the American people to comprehend what actions their government took, in defense of their own security. Everything else is political self-gratification for policy wonks in Washington.

To be a truly exceptional nation, we must live by a higher standard than our enemies, which does not include waterboarding, sleep deprivation and dehumanization.

On December 5th, a former CIA agent, Jose Rodriguez, wrote a compelling editorial for the Washington Post, amongst other things, he stated: “The interrogation program was authorized by the highest levels of the US government, judged legal by the Justice Department and proved effective by any reasonable standard.”It is not hard to imagine how much pressure the intelligence community was under in the critical days and months following 9/11.

It is also not hard to imagine how quickly those pressures turned into overwhelming frustration. What was once unthinkable, and illegal, became a pragmatic solution, as every politician in Washington demanded unrealistic results in the newly inaugurated War on Terror.

Mr. Rodriguez was also correct in pointing out that both the Senate and House Intelligence Committees remained briefed on such clandestine programs. Whatever discrepancies might have existed in the reporting chain, there is a reasonable expectation that Congress was aware of what the enhanced interrogation program entailed.

This is where the true soul-searching should come from. How elected leaders failed to ensure proper compliance with established traditions like the Geneva Convention, and given the right set of circumstances, became woefully complicit, in torture, under the guise of national security. Other questionable programs, whether domestic surveillance, extra-judicial killing of Americans abroad, or executive authority to wage war without Congressional approval are rooted in the very same national security rationale.

So what do we do now?

We must stop having the torture debate. There does not need to be anymore judicious discourse on the positive or negative aspects of enhanced interrogation. Only one answer is correct – it is wrong and amoral. By giving equal time to individuals supporting enhanced interrogation, we are only continuing to legitimize a point of view that has permanently damaged US credibility abroad. The US is not safer or in a better position because of these programs.

Finally, the blame cannot be solely outsourced to any one specific individual or organization, albeit the CIA, the Congress or the White House. We are all to blame. The fear and panic, which came in the months following 9/11 and expedited the invasions of Afghanistan and Iraq, belonged to everyone. As a country, we allowed our elected officials, policy makers, and political appointees, to take us to depths previously unthinkable only a few years earlier.

By admitting this to ourselves, hopefully, we will not default to the same setting when the next mass-casualty terrorist attack occurs. To be a truly exceptional nation, we must live by a higher standard than our enemies, which does not include waterboarding, sleep deprivation and dehumanization. 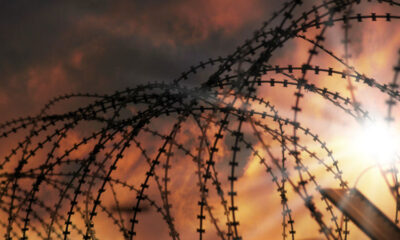 Guantanamo Bay in the Words of a Prisoner 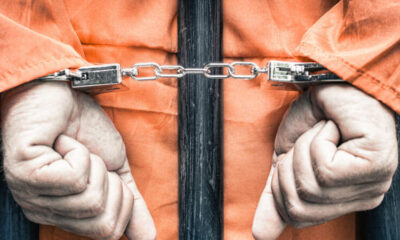 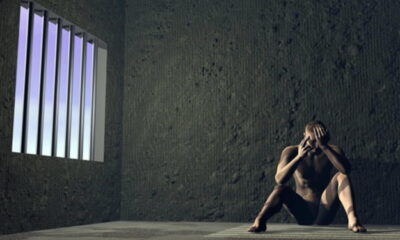 If Torture Works, Is It Wrong?