Yazidi refugees reveal tragic and inspirational stories of surviving ethnic cleansing by the Islamic State. [Scroll down to view the mini-gallery.]

The Yazidi people are an ethno-religious group with aspects of their religion entailing a mixture of Christianity, Islam and Zoroastrianism. They are monotheistic, worshipping one God, but their most holy religious figure is Sheikh Adi ibn Musafir al-Umawi, who meets all criteria of a prophet but is described by some Yazidis as only a saint. Their holy scripture includes Jesus, Mary, Adam and Eve, Moses, Muhammad and other prophets shared in monotheism.

The Yazidis have resided in northern Iraq/Kurdistan since Mesopotamian times, along with other communities in Turkey, Syria and Armenia. However, as with the Assyrian Christian population, they have been in significant decline due to centuries of persecution, discrimination and violence. According to their narrative, they are survivors of 72 genocidal campaigns against them.

In August 2014, the Islamic State (IS or Daesh) conducted a brutal campaign of ethnic cleansing against the Yazidi people, which can only be described as genocide. IS attacked Sinjar Mountain, the second holiest place of worship for Yazidis, and surrounding villages resulting in the mass displacement of people. According to the International Office of Migration (IOM), there are more than 1.3 million internally displaced persons (IDP) from Sinjar, Mosul and other locations in northern Iraq/Kurdistan.

Unlike Christians, Yazidis are not granted reprieve from proselytization by paying taxes as citizens under the IS caliphate. They have only one choice: convert or die. Many captive Yazidi youth have been forced into slavery or recruitment as IS militants. The female prisoners are raped and sold as comfort women. All of this includes a prevalent societal discrimination by Muslims that still persists today.

Jalal and his family fled his village for Sinjar in August 2014. According to him and other interviewees, Daesh militants infiltrated villages prior the main assaults. Jalal explains that the reason for this belief was the fact that IS fighters knew too well the exact location of sensitive targets and escape routes.

While fleeing his village, Jalal witnessed a Peshmerga (Kurdish military forces) military checkpoint blown up by rockets and other Yazidis dying from starvation and dehydration on top of Sinjar Mountain while surrounded by IS militants. He describes being trapped on top of the mountain as “the hardest days of my life.”

His two most memorable moments occurred when an unidentified aircraft parachuted food and water supplies, and when the Kurdistan Workers’ Party (PKK) rescued the Yazidis at Sinjar, exchanging gunfire with Daesh fighters and opening a path for Yazidis to escape.

“Without the PKK, we might have died at Sinjar,” Jalal says. The majority of interviewees at Sharya Camp echoed his sentiment. Najee was a volunteer Peshmerga fighter in his village of Seba. On August 3, 2014, Daesh attacked Seba at 3am.

He remembers the fierce exchange of gunfire and the Peshmerga soldiers abandoning his village. Yazidi fighters like Najee stayed behind to continue fighting. He attests that he saw Muslims he knew from neighboring villages as a child aiding and fighting with Daesh. When his ammunition ran out, he wished farewell to his comrades and started transporting Yazidi families from his village to Sinjar.

In a quick, humorous juncture in his story, he reminisces at the unbelievable sight of a man at the bottom of Sinjar Mountain offering his expensive Honda for a donkey to travel up the cliffs. The man was refused and consequently ran up the mountain.

Najee proudly showed photos to this author of some of his comrades who battled to the last bullet at his village. The pictures showed dead bodies, shot in execution style.

An IDP whose photo is not shown in this feature’s gallery is called Khansaa, aged 12. On August 3, her family’s car broke down while fleeing from IS advances on her village. They were captured while running on foot.

Khansaa witnessed the execution of captives, her male family members stripped naked and her sister physically assaulted when their father’s photo in Peshmerga fatigues within her purse caught the eye of IS militants.

Over the course of months, Khansaa was separated from family, auctioned off as a slave, not fed for eight days while drinking water from a toilet, nearly killed in airstrikes against the Islamic State, forced to care for sheep, mercilessly raped by several men, and repeatedly told by IS fighters that her torment was God’s punishment.

Prisoners like Khansaa were temporarily placed in different abandoned civilian buildings until ultimately being transferred to former Shia, Yazidi and Christian towns that were evacuated or ethnically cleansed. Male family members were sent to other locations for execution, with the exception of boys.

After several months, Khansaa finally reunited with her sister when the man her sister was sold to serendipitously dropped her off to where Khansaa was imprisoned while on his way to visit family in Jordan and Saudi Arabia. Khansaa, her sister and the rest of her family escaped before he returned. For two days, Khansaa and her family laid motionless in fields and bushes during daytime, continuing at night until finally being rescued by Peshmerga. She will never forget the exact date: April 27, 2015. Her most vivid moment occurred en route to the first prison camp. Her Daesh captors stopped at a gas station. There were children wearing IS bandanas teasing, laughing and throwing stones at the shackled Yazidi prisoners in the back of the truck. Khansaa will never forget how her hopelessness and humiliation was entertainment for children.

All of the Yazidi IDPs in Sharya Camp, including the ones featured in this article, were unanimous in echoing renowned Yazidi activist Nadia Murad. They sternly call for the international community to officially recognize and condemn the Daesh genocide of Yazidis. They also affirm their deep desire to return to Sinjar, but on condition of international protection. The other alternative a few IDPs suggested was forming their own military to protect themselves.

Many Yazidi victims of Daesh violence are struggling to overcome the deep fear and distrust they feel toward their Muslim neighbors. This fear and distrust can only be repaired with positive programs by Muslims for Yazidis.

In addition, while the media focuses on the narrative of Daesh’s ethnic cleansing of Yazidis, it is important to mention that the perspective of the Yazidis differ. The Yazidis have been victims of 72 genocides by Muslims, Persians and Mongols since 630 AD. They identify their most dangerous of antagonists as the Ottomans—hence the fear and distrust.

That Ottoman aggression included continuous failed attacks upon Sinjar Mountain from 1752 AD to 1838 AD. The Ottomans employed even worse brutality than Daesh. And like Daesh, they failed.

After every genocide, the resilient Yazidis return to their venerated Sinjar Mountain to defy the cruelty that humans can inflict, rebuild their nation and live on. 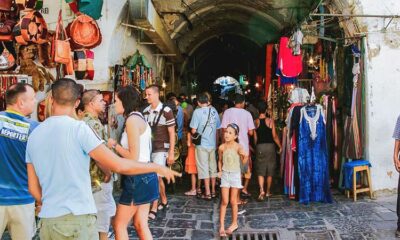 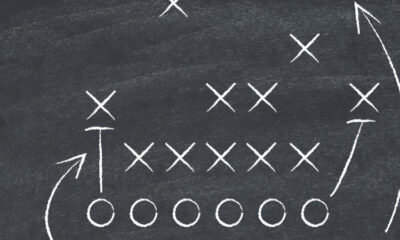 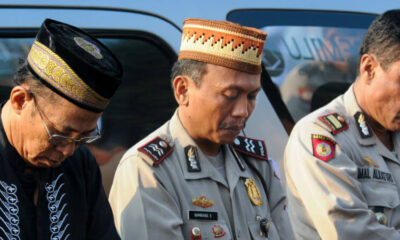