A destroyed school in Yemen © anasalhajj

Call the war in Yemen whatever you like, but at least recognize it for what it is: a humanitarian disaster.

A recent editorial in British newspaper The Observer reassures us that: “The US proposal, backed by Britain, for a ‘cessation of hostilities’ in Yemen, to be followed by UN-led peace talks, is welcome.” The author of the editorial nevertheless wonders, given the humanitarian catastrophe that is still going on, why it has “taken so long.”

A series of events, sometimes referred to as a war, in which groups of people with different worldviews manifest their disagreement through violence, sometimes attaining spectacular results, such as “57,000 people killed, 14 million at risk of famine, 10,000 new cholera cases each week” and “85,000 under-fives starved to death”

The initiative for a cease-fire initially came from US Secretary of State Mike Pompeo. As the editorialist points out, the sudden concern expressed by the Trump administration may be linked to its unease with the ever-unfolding drama of the Saudi assassination of journalist Jamal Khashoggi.

US President Donald Trump and Secretary Pompeo continue to deny the conclusions shared by the CIA and most of the outside world that Saudi Arabia’s crown prince, Mohammed bin Salman (MBS), ordered that brutal murder. Among the latest evidence revealed by the CIA and reported by The Wall Street Journal is this: “Saudi Crown Prince Mohammed bin Salman sent at least 11 messages to his closest adviser, who oversaw the team that killed journalist Jamal Khashoggi, in the hours before and after the journalist’s death in October.”

On the very same day as The WSJ article, Pompeo is quoted as saying of MBS, “When it is done, when you complete that analysis, there’s no direct evidence linking him to the murder of Jamal Khashoggi. That is an accurate statement, an important statement and it is a statement that we are making publicly today.” Trump and Pompeo, a jury of two, have reached a verdict: O.J. … er, MBS… is categorically innocent!

Pompeo and Trump seem to believe that if some kind of peace initiative — even an unconvincing one — is implemented in Yemen, the pressure to accuse MBS of the wanton murder of a journalist will abate. It may be an appeal to our sense of proportion. The millions of threatened lives in Yemen will outweigh the loss of one journalist. Rather than adding one to the tens or hundreds of thousands already killed and charging the complete list to MBS — who started the war and continues to produce the world’s worst humanitarian disaster — Trump seems to believe that people look kindly enough on war, especially when there is a vague gesture toward peace, but are unforgiving about the premeditated and gruesomely executed murder of a single person.

The public’s largely indifferent and unconcerned attitude to the ongoing conflicts in Afghanistan and Iraq, in which the US continues to be involved, proves that the massive killing of people of another race, religion, culture or color — people who cannot be perceived as individuals — has no impact on Americans’ sensibility. The media, including Trump’s declared “enemies,” have played into his hands by underreporting, if not altogether neglecting to report on any of the conflicts in the Middle East. As Yemen has no oil reserves, unlike Saudi Arabia, there can be no compelling reason for an American television audience to be bothered by the fate of the people of that nation.

As The Observer’s editorialist points out, it’s thanks to the Khashoggi affair that the war in Yemen, after nearly four years of inhuman violence, has emerged as a topic in the news and in political debate, mobilizing governments and threatening Trump’s commitment to every policy MBS has promoted.

But while US media consciously and continually neglected the tragedy in Yemen, members of Congress, reacting to the dire reports from the United Nations earlier this year, had begun expressing their opposition to the illegal funding of the war. A group of Democrats, later joined by some Republicans, began to mount a challenge to US policy a month before the Khashoggi affair put the spotlight on Saudi Arabia’s — and, more particularly, Mohammed bin Salman’s — taste for solving all problems by unbridled violence.

The idea of a “cessation of hostilities” will be seen by many as a positive step. We may still wonder about the vocabulary itself. “Hostilities” and “conflict” are technocratic euphemisms that allow us to avoid calling the event referred to as a “war.” Those words could describe anything from a heated argument, at one extreme, to a nuclear holocaust, at the other. Should we therefore be reassured by the fact that all we are witnessing in Yemen is an asymmetric battle, like Vietnam and Afghanistan, that has become an enduring humanitarian disaster? 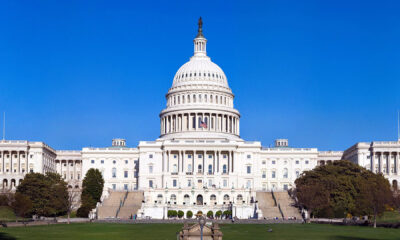