Alpaslan Ozerdem reports from Turkey on a violent, thwarted attempt to take over the country by force.

After the recent Ataturk Airport bombings, I wrote that Turkey is “a country with serious deficiencies in democracy, governance, the judicial system, human rights, the rule of law and — more importantly — security. Some commentators have even warned of the possibility of a full-blown civil war. More terror attacks such as the massacre at Ataturk airport can only serve to hasten the country down this dark path.”

It seems the country may have reached that breaking point already. In a span of just few hours on the night of July 15, I, and everyone else in Turkey, watched as a horrendous and violent process almost too bizarre to believe unfolded.

Turkey last endured a coup d’état on February 28, 1997. That one is often described as a “postmodern” coup, since it was carried out via a military statement on the Turkish chief of staff’s website. There were no tanks in the streets, as had been the case with the previous coups of 1960, 1971 and 1980, but it nevertheless successfully overthrew the government at the time.

By contrast, this latest coup attempt was not so postmodern in the way it was carried out—tanks were indeed in the streets and buildings bombed—but the way it played out was a spectacle unlike any Turkey has seen.

First, reports came through that the bridges over the Bosporus in Istanbul had been blocked by army units. State TV station TRT stopped its normal broadcasting and a statement from the coup’s leaders was read out, announcing that their objective was to take the full control of the country. Ataturk Airport was closed—tanks blocked its entrance.

Meanwhile, President Recep Tayyip Erdoğan, who had just flown from Marmaris to Istanbul, addressed his people from the airport, telling them to go out into the streets and resist the coup attempt. Large crowds responded to his call and filled the main squares of Istanbul, Izmir—where I was—and the capital city, Ankara.

The surprises kept coming. At first, most TV channels kept broadcasting; Erdoğan contacted the news channels via a feed from his cellphone, answering questions and calling on Turks to defend their democracy.

Soon afterward, members of the public stormed the state TV studios in Ankara, and the same broadcaster who read out the coup statement only a few hours prior announced that the state TV had been brought back under civilian control.

However, an army unit then stormed the studios of CNN Türk just after 3:30am, and the Turkish public were treated to the bizarre spectacle of a military coup taking over a TV broadcast and journalists fighting back.

Half an hour later, the public stormed the CNN building too, chanting “Allahu Akbar” (God is great). A man entered the studio itself from the fire escape and asked his fellow protesters to join him there, apparently without realizing that all cameras in the studio were broadcasting live—instantly making him something of an unwitting national icon.

The coup’s leaders declared that they had imposed nationwide martial law, but their grandiose announcement seemed to make no impact at all. Some people went out to buy food just in case the military really did take control, but cafes and restaurants remained open as usual in most parts of the country, and most of the public didn’t pay much attention to the order and continued with their normal Friday night out.

Instead of fear, the atmosphere was one of total disbelief; many people were contacting each other to check that what they were seeing on their TV screens was actually happening.

To make things even more unbelievable, while there were reports that the head of the armed forces had been taken hostage, a number of top generals contacted the TV channels and declared their opposition to the coup. It was becoming clear that the putsch had threadbare support among Turkey’s huge military forces.

As both the governing and opposition party leaders declared their opposition against the coup, TV channels started to broadcast scenes of army helicopters bombing the Turkish Grand National Assembly building in Ankara. For a moment, this really started to look like a country on the brink of civil war. The Turkish people might be used to coups, but the national assembly had never been attacked in such a way.

Things got even more alarming with reports of clashes between the police and the coup’s army units in Ankara and Istanbul. Had this got out of hand, it could easily have thrown the country into a state of total chaos. But soon afterward, the public saw something completely new: the sight of soldiers being arrested by police officers. Images of handcuffed army officers and soldiers were broadcast live on TV.

By 5am, it became clear that the coup attempt had failed. According to reports, it claimed 265 lives, with more than 1,500 injuries. Nearly 3,000 people have already been arrested.

Living on the edge

A surreal, short-lived failure it may have been, but this incident was nonetheless one of the most significant challenges to Turkey’s civilian democracy in years. It’s also still unclear who exactly mounted this coup and why.

Erdoğan and government representatives are already claiming that it was organized by the Gulen movement, a religious brotherhood in Turkey. Erdoğan’s ruling Justice and Development Party (AK Party) and the Gulen movement were very close until only a few years ago, but today, the state considers the Gulen movement to be a terrorist organization, and its leader, Fethullah Gulen, is accused of trying to run a “parallel state” by infiltrating the justice system, the police and other apparatuses of the state.

The government has been purging staff from the supposedly infiltrated institutions for months, so it’s not surprising that they have accused the Gulen movement for the coup attempt. The movement’s leader, who is currently in exile in the United States, has denied his involvement and said he was against the coup.

The thwarted coup has set Turkey on a strange political trajectory that’s very difficult to chart right now. But it’s not too difficult to guess that Erdoğan will emerge hugely strengthened politically. His long-held dream of becoming an executive president is now closer to coming true.

The implications of all this for Turkey’s future are not all bad. Social media and TV channels played a hugely significant role in mobilizing people to act against the coup attempt, and the strength of the public’s response is a clear indicator of their disdain for military regimes. This certainly augurs well for Turkey’s democracy, but what Erdoğan will do in response remains to be seen.

All the while, Turkey is still processing the night’s startlingly violent events—a classic tanks-and-bombs coup that played out in a postmodern spectacle of interrupted news broadcasts, martial law imposed in name only, and a president mobilizing his people against a coup from a phone screen held up to a TV camera. 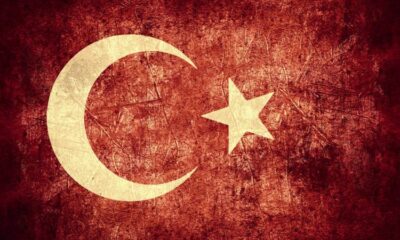 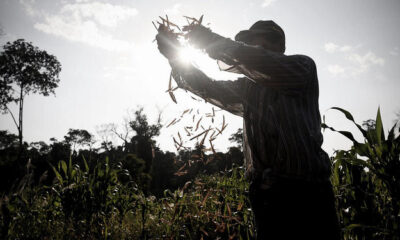