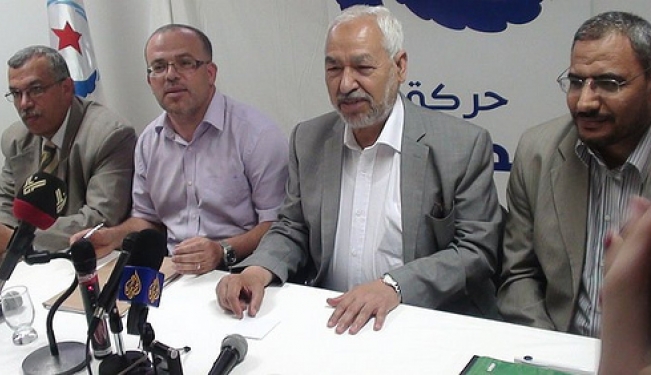 An insight into the first democratic election to take place in Tunisia since Ben Ali’s exile, and the prospects of the Al-Nahda Islamic political party.

The ongoing Arab uprisings of 2011 arguably started when the young street vendor Mohammed Bouazizi set himself alight – on December 17, 2010 – after feeling completely demoralised following the confiscation of his livelihood, harassment, and humiliation by a female municipal officer, who publically slapped him across the face on the streets of Sidi Bouzid in Tunisia.  Since then, mass mobilisation developed, spread and continues across the Arab world.

As a result of the uprisings, the former Tunisian President Zine El-Abideen Ben Ali fled to Saudi Arabia in exile at the behest of the ruling monarch, the former Egyptian President Husni Mobarak has been placed on trial for crimes committed during the 18-day demonstration in Tahrir Square and the rest of Egypt, and Colonel Muammar Qaddafi, the controversial former leader of Libya, has recently been killed by fighters of the National Transitional Council in his birth place of Sirte following a NATO- backed civil war.  The people of Yemen and Syria continue to protest against the repressive regimes of Ali Abdullah Saleh and Bashar Al-Assad, with the symbolic chants of “Ash-sha’ab yureed isqat an-nidham” (translation: the people want the downfall of the regime) echoing throughout the respective countries.

The Vote for the Constituent Assembly

Meanwhile, Tunisia will hold its first free and fair democratic elections on October 23rd..  Delegates from the European Union have been sent to the country in order to monitor the process for its fairness and precision, ensuring a representative vote is conducted.

The Tunisian people are set to elect an assembly, which will be given the task of drafting a new constitution for the North African country.  An interim government was formed on March 3, led by Fouad Mebazaa and the current Prime Minister Beji Caid Essebsi, following the removal of most ministers from Ben Ali’s regime.  The transitional government announced that the election for a Constituent Assembly would take place in October, following the postponement of an earlier date set for July 24th.

The assembly will consist of 217 elected members, who will debate and decide on a new constitution for the country.  Since the overthrow of Ben Ali, 81 new political parties have been formed to take part in the election along with a vast number of independent candidates.

The return of Ghannouchi and Al-Nahda

It is thought that the assembly will decide on the role of religion in the political spectrum of the country.  The current constitution, which was devised under the authoritarian regime of the first president after French colonial rule, Habib Bourghiba, defines Tunisia as a secular Muslim state.  However, some of the population are sceptical of electing or voting for an Islamic political party for fears of changing the secular nature of the country into a theocracy.

Clashes have particularly been seen recently between Salafist and secular protestors and the police over the screening of an animated film called Persepolis.  The film depicts an image of Allah (God), which is forbidden in Islam, as Islamists protested against its screening whilst secularists demonstrated in favour of it, with the backdrop of freedom of speech.  Islamist protestors also clashed with police over the ban on wearing the niqab (full-face veil) in universities after a female student was refused entry.

Despite this, the Al-Nahda Islamic political party formed by Rachid Ghannouchi, who was previously in exile for 20 years in the United Kingdom, is seen as a moderate voice in Tunisia, similar to Recep Tayyip Erdogan’s AK Party in Turkey.  It is believed that the Islamic or ‘Islamist’ party is the favourite to win a majority at the polls, with a projected 25% of voter support.  However, with the vast number of political parties and independent candidates taking part, the election results may see the possibility of having no clear majority winner.

The Al-Nahda (meaning renaissance) party, which was banned and brutally repressed under the rule of Ben Ali, aims to challenge the western stereotype of ‘Islamism’ with its moderate voice, pro-democratic nature and pro-women’s rights view.

In a recent article in the British newspaper, the Guardian, Ghannouchi wrote: “We have long advocated democracy within the mainstream trend of political Islam, which we feel is the best system that protects against injustice and authoritarianism. In addition, it provides institutions and mechanisms to guarantee personal and public liberties, most importantly the peaceful transfer of power through the mechanism of elections, respect of the popular will, protection of the rights of women, separation of powers, independence of the judiciary, press and media freedom and protection of minority rights. All these are in no way contradictory with Islam, but reflect the Islamic principles of consultation, justice and accountability as we understand them.”

The view of the Al-Nahda party contradicts the popular Western view of Islamist groups, which are claimed to be ‘hostile’ towards non-Muslims (albeit in the case of Al-Shabab in Somalia this holds a level of validity particularly of late).  This opinion has also advocated the idea that democracy and Islam are not compatible by limiting the freedom of expression amongst the population.  However, Ghannouchi states: “God says in the Qur'an that "There is no compulsion in religion"; therefore we believe that neither the state nor any social actor has the right to interfere in society in order to impose a certain lifestyle, belief or idea. These should be matters of free personal choice.”

Ghannouchi also recently stated in an interview with Al Jazeera: “We are against the imposition of the headscarf in the name of Islam and we are against the banning of the headscarf in the name of secularism or modernity.”  This view may help ease the tension between Salafists and secularists, following the recent unrest over the ban of the niqab in universities.  Perhaps the French President Nicolas Sarkozy should actually take tips from Ghannouchi over the meaning of ‘freedom of expression’ to wear what one wishes in France, a ‘democratic’ European state.

If Al-Nahda wins a majority in the Constituent Assembly elections this month and the proposed 2012 elections, it remains to be seen how they would run the state and whether the promises made by Ghannouchi turn into true action. Thus said, the mere involvement of the previously banned Islamic political party in the election process in Tunisia shows how far this small country in the Maghreb has come since December 17, 2010.

However, despite the symbolic return of Ghannouchi and Al-Nahda in a ‘new’ Tunisia, human rights groups still complain of abuses by Ben Ali sympathisers in the corrupted judicial system and the police.  Imene Triki, a rights activist, said: “We are overwhelmed with cases of human rights abuses. You wouldn't believe there had been a revolution.  Torture is the way things are done, it's systematic. They have not changed their practices at all.”  Claims of blogger activist arrests built on false charges and people accused of being “Salafists”, indicate that this revolution is far from over.

In light of these claims, perhaps then Ghannouchi is clearly right by stating: “Tunisia needs a new political system, [and] a decisive break with the past.”  It will be up to the Tunisian people to choose which political system is the right one for them, starting today.