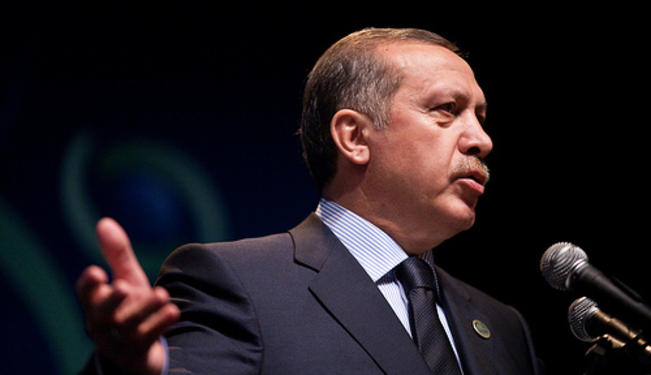 As the AKP continues to address Turkey's internal political reforms and growing domestic challenges, it may soon discover that its leadership will be compromised by its reticence to establish and entrench the necessary standards needed for the country to sustain itself as a dominant regional power.

In the year that has followed the Justice and Development Party's (AKP) successful showing in Turkey’s most recent national elections, Prime Minister Recep Tayyip Erdogan and the AKP have emerged from June 2011’s electoral victory with a successful, yet highly delicate, governing mandate. As the Turkishfaithful reflect on a year of post-election governance, the consequences of choosing to keep the AKP light bulb plugged in over Ankara has yielded notable progress towards needed political reforms for Turkey. Its enhanced regional leadership and legitimacy within the Muslim world, has allowed Turkey to assert increasing diplomatic influence towards advancing its vital strategic interests. Nevertheless, in spite of Turkey’s many successes, the country finds itself in greater regional transformation than at any other time under the AKP’s tutelage. Furthermore, the many internal domestic debates and challenges which Ankara must continue to address, has placed Turkey at the helm of regional leadership albeit with many distractions of its own.

One of the central items on the AKP’s agenda in 2012 is to introduce a civilian-friendly constitution to replace the current one, which was drafted in 1982 under the guidance of the military and which still fails to protect minority and individual rights, despite being amended over the years. The process of reform will be difficult and could be destabilizing. Major disagreements on the shape of the planned overhaul continue

Before the general election in June 2011, the idea that Erdogan was seeking to introduce a presidential system fuelled fears of an anti-democratic drift.

The Turkish Prime Minister still aspires to enhancing the powers of the presidency before he is expected to run for the post, probably in the second half of 2014. However, the AKP's majority of 327 seats out of 550 in total, falls short of the minimum required to change the constitution. Erdogan will need the backing of at least some members of the opposition, although, they currently seem unlikely to support such radical change. However, the possibility that a sufficiently large number of individual members of parliament might defect from the opposition ranks and support the government, cannot be ruled out.

The Kurdish issue is arguably the single largest threat to political and social stability as well as a major obstacle to Turkey's EU accession prospects. The campaign of violence by Kurdish terrorist groups, notably the Kurdistan Workers' Party (PKK), and the government's decision to respond with force, has increased social and political tension. Thus, little room is left for hope that the government will revive the short-lived "democratic opening" that it launched in 2009 to solve the problem.

Managing the Syrian Dilemma and Relations With Israel

In spite of such success, Erdogan's new term in office began with his Middle East policy in disarray as the crisis brewed across the border in Syria. Over the last two years, Erdogan has come to fully embrace the “zero problems” policy of his foreign minister, Ahmet Davutoglu, which has made it a strong priority of Ankara to work to secure strong relations with all of the states bordering Turkey. Few could argue against the wisdom of this policy. Indeed, the Turkish economy owes much of its success to its large investments in northern Iraq, its strong economic ties with Iran, and the more recent investments in Syria.

However, with the situation in Syria spiraling out of control, Erdogan is now faced with a dilemma, caused by his having misinterpreted the two states' relationship. Where President Bashar al-Assad saw his newfound association with Turkey as one between equals, Erdogan perceived Turkey as some of sort of surrogate big brother to the weak Syrian state. In essence, Syria was to be a regional satellite state of Turkey, while the latter would reap the benefits of the underdeveloped Syrian market. It seems clear that Assad's days are numbered, and there is no doubt that Turkey has entered a period of "damage control" to secure its investments in Syria and to try foster a stable transfer of power there. Nevertheless, Turkey will have a hard time coping with the regional implications of continued civil strife in Syria.

Whereas Erdogan often meddles in internal politics, Davutoglu opts for the hands-off approach, understanding that as long as Turkey remains an economic powerhouse with a dynamic society, the states of the region will naturally drift towards it. In other words, it seems that Davutoglu understands that the real Turkish legacy in the region will be to act as a neutral moderator between the various Arab parties, and to work towards a lasting peace between Israelis and Palestinians. This is a much different stance than that of Erdogan, who during the elections did not miss a chance to criticize Israel. Even if this stance scores points with the Turkish electorate, it does not necessarily play as well with Palestinians, who know from past experience with Arab regimes that empty rhetoric does not translate to a better future.

If Erdogan looks back to his first years in office, he will see that Arabs admired Turkey for its ability to retain a strong relationship with both sides of the conflict; a position that had enabled Ankara to possess substantive diplomatic clout as an asset and mediator in regional stability. Arab societies and states have lived in a polarized system for decades now. They simply do not need a new polarizing force in the region, something that Turkey, through Erdogan's assertive politics, has become. While Ankara believed that its new regional role would translate into political leverage, Damascus has displayed in the harshest way that it does not. And although Israel certainly deserves its share of responsibility for the rapid deterioration in relations between Jerusalem and Ankara, there is no question that, without Israel, Turkey will not be able to make any real progress on the Palestinian front.

For now, Turkey's priority should be to prevent the region from falling into another war, which can only be done by reaffirming its ties with Israel, even as it continues to strengthen its links with the Palestinians and other regional states. If this happens, plenty of leaders will be knocking on Erdogan's door, and he will be able not only to prove himself as one of the great masters of Turkish politics, but also the leader who helped bring stability and prosperity to the region as a whole.