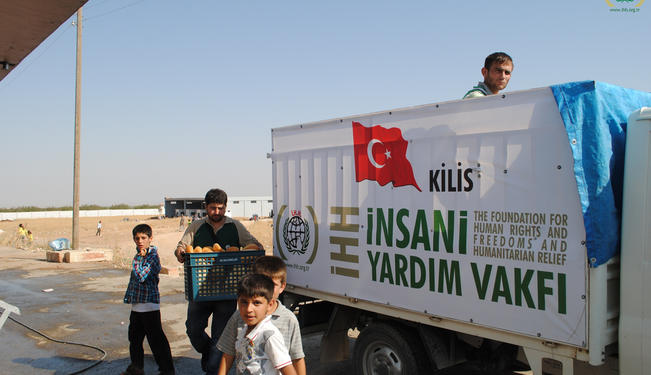 The Syrian military’s massive June 10 operation against anti-government protestors in Jisr al-Shughour, which involved tanks, artillery, helicopter gunships and airborne troops, has forced thousands to flee to Turkey. This exodus of Syrian civilians seeking safe haven on Turkish soil has brought the number of refugees to nearly 3,000 since the unrest began three months ago – a tally that’s only likely to increase.

Turkish Prime Minister Recep Tayyip Erdogan has assured Syrians that the border would remain open for those who need it. However, under the 1951 United Nations Convention relating to the Status of Refugees and its 1967 protocol, Turkey – regardless of whether or not it is a signatory – it has to allow refugees across the frontier; any contradictory action would reflect negatively on Turkey, which would face grave international disapproval. It also would leave the newly re-elected prime minister with a political black eye, and Erdogan does not need to invite such criticism.

If the Syrian conflict weighs heavily on Turkey, the continuing carnage strains the Western alliance. So far, neither the United States nor European nations has openly called for Syrian President Bashar al-Assadto go. Nor has Erdogan.

Syria poses both a political and military challenge for Erdogan. He has invested a lot in his relationship with Assad while criticizing previous governments for distancing Turkey from neighboring Arab countries and Muslims in the region. Now, however, he doesn’t seem to have any influence to stop further killings of Syrian civilians. Despite the graveness of the  moment, however, he still has an open communication line to Assad, which may prove beneficial to Western powers. Yet, it is hard to see how Erdogan can end the carnage.

Meanwhile, Erdogan and Foreign Minister Ahmet Davutoglu continue to play the "good cop – bad cop" routine. While Davutoglu continues to express confidence that Assadstill has time to reform the country, Erdogan has publicly decried the Syrian regime’s relentless use of violence against its own people. And despite the friendship between Erdogan and Assad, Turkey gave the go-ahead for a gathering of Syrian opposition leaders to meet in the Mediterranean Sea resort town of Antalya.

Turkey’s economy certainly is sturdy enough to absorb the thousands – and quite possibly tens of thousands – of Syrian refugees. Yet Turkish taxpayers will still have to bear a heavy burden .

Immigration is a complex issue. Most people used to live and die in the same general area of their birth, which connected them to their social, linguistic and historic surroundings. But today tens of millions of people migrate each year – some voluntarily, and some not.

The long overdue Arab "Awakening" has already uprooted millions of people, and although specific numbers are difficult to come by, it is even harder to provide any cohesive analysis of their conditions.

Today more than 20 million Arabs live outside their country of origin, creating a huge loss of brainpower in the region. Even before unrest swept the Arab region, public surveys  cited by the "Migration Information Source"showed that nearly 75 percent of Tunisians expressed a desire in 2005 to emigrate.

Many simply lost all hope for a better future under authoritarian and corrupt governments. While many claim that the world was caught by surprise with the Arab uprisings, the 2002 United Nations Arab Human Development Reportfound that 50 million young people would enter the labor market by 2010, and another 100 million would enter by 2020. It also found that 6 million new jobs would be needed each year to keep up with that influx. In addition, the report warned that if current jobless rates persist, unemployment in the region would reach 25 million by 2010.

In the face of such dramatic reality, Turkey decided to lift visa requirementsto travelers from Lebanon, Libya, Syria, Jordan, Qatar, and Yemen, making an already jittery Europe even more nervous.

“You won’t need a visa to travel from Ammanor Beirutto Edirne,” Prime Minister Erdogan said at a news conference early last year. “It is of great importance because we will get rid of artificial borders.”

For Europeans, however, it’s not that easy. Although Turkey is also an immigrant-friendly country, most of these Arab nationalsprefer to live in European cities. Turkey also wanted to additionally show Europe that fears are unfounded that Turks will flood Europe when the visa restrictions are lifted. As of now, this argument has proven true; European countries are feeling no additional burdens because of Ankara's decision to lift the visas to various Arab nations.

There is a very fine line between immigration and security concerns. During the First Gulf War(1990-91), Turkey received nearly 400,000 Iraqi refugees. Some were members of or sympathetic to the Kurdistan Workers Party(PKK)a separatist Kurdish terrorist organization.

Terror attacks in Turkey increased as a result – and it remains to be seen whether Turkey learned its lesson and will implement additional security measures before accepting Syrian refugees.

Turkey’s Middle East foreign policy is clearly flawed. Erdogan used Israel as a whipping post to win the sympathy of the Arab street, andin an effort to win Arab support, he found himself consorting with and befriending a number of Arab dictators.

Syrian President Bashar al-Assad is Erdogan’s closest friend in the region.  Turkish and Syrian cabinet ministershave held joint meetings, and Erdogan helped Assad to break through Syria’s isolation after Lebanese Prime Minister Rafik Hariri’sassassination. Erdogan tried to wedge Syria away from Iran, but in the end they grow closer – and Turkey has lost its leverage.

The irony is that while blaming the West for its “imperialist ambitions,” Erdogan’s intentions are not that different from the very “imperialist” countries he criticizes. In the end, it’s all about who has the power. And this is a test of time for Erdogan as to how he will use the power he acquires – and the responsibility to use it wisely, for the good of peace in the region.