To some, the significance of the Trump-Putin meeting is a harbinger of things to come.

The July 7 meeting between Donald Trump and Vladimir Putin in Hamburg, on the sidelines of the G20 summit, will be remembered not so much because the meeting of two most important world leaders finally occurred, despite all possible efforts by various actors to prevent it, but because of the most unexpected outcome it produced. Not only did the meeting go well, according to official statements by Russian Foreign Minister Sergey Lavrov and his American counterpart, US Secretary of State Rex Tillerson, but the two leaders inked the deal on the establishment of a ceasefire in southwestern Syria, along the borders the beleaguered country shares with the two most important US allies in the region: Jordan and Israel.

The last point begs the question of whether the outcome was all that unexpected and to whom, other than the Russians and the Americans, should at least some of the credit go.

Considering that only three months ago, on April 7, President Trump ordered a cruise missile strike on the Syrian al-Shayrat airbase as a retaliatory measure against the Damascus regime’s reported use of chemical weapons in Khan Shaikhon, the Syrian ceasefire brokered by the US and Russia and supported by Jordan has certainly shocked many observers.

However, to those with insight into the regional power play and intertwined, sometimes converging and more often conflicting interests of various parties, the meetings’ outcome was the expected result of months of strenuous efforts between Moscow, Washington and Amman’s diplomatic and other services. Many called Trump’s decision to launch cruise missiles premature, erratic and a one-off. Some called it counterproductive to American interests in Syria, especially after the Russians and Syrians intensified attacks against internationally-designated terrorists. Both the US and Israel have bombed Syrian forces on several occasions in the interim. Verbal accusations have continued unabated.

Russia and Iran issued stern warnings to both sides that further attacks on Syrian regime infrastructure would not be tolerated and would be responded to in kind. To show the seriousness of their intent, both Russia and Iran have buttressed the warnings with cruise missile attacks against terrorist and US-backed rebel targets across Syria.

Under these tense battlefield conditions and a near failure of the latest round of Astana talks on Syria, it was hard to imagine that the long-anticipated meeting between Trump and Putin would bring about such an abrupt change in Washington’s policy vis-à-vis Syria. Therefore, what really took place behind closed doors and away from the media is what matters most.

The story is where Jordan comes to play an important role as a security and diplomatic bridge connecting Russia and the United States. The question is why Jordan and not Israel? The answer is simple: Jordan has a good record of peacemaking in the region and a high interest in reaching a lasting solution to Israeli-Palestinian problem — an issue where American, Russian and Arab interests converge. Moreover, Jordan, unlike Israel, has no territorial pretensions over Syria, whereas Israel occupies the strategically important and resource-rich Golan Heights.

Israel’s role in the Syrian conflict has been a badly kept public secret. The Israeli government under Prime Minister Benjamin Netanyahu seems to be in turmoil, if not outright internal crisis. Despite the good media image given to Trump’s visit to Israel during his first presidential trip abroad, Tel Aviv desperately wants to be trusted vis-à-vis Syria by either Russia or the US as a reliable partner in this coordination.

Although the Hashemite Kingdom supported the Obama administration’s early efforts to back forces fighting the Syrian regime, Amman had a change of priorities following the Islamic State’s (IS) barbaric burning alive of a Jordanian pilot in early 2015. With the growing number of IS-inspired or claimed terrorist attacks around the world, Jordan, like many other countries, quickly understood the importance of setting priorities in line with its own national security interests. The Jordanian monarch has stressed that the greatest danger to Jordan’s national security and stability is not the Damascus regime, but the scourge of Islamic terrorism under the black banner of IS and its affiliates on its own doorstep.

As a long-term US ally in the region constantly on high security alert due to strains caused by the huge influx of refugees from Syria, but also strategically positioned and neighboring another US ally, Israel, Jordan had a unique chance to act as a mediator in what seems to signal the beginning of the endgame of the Syrian Civil War that has entered its seventh year.

As an Arab country that played an important role in fostering a similar, nearly unimaginable peace accord with Israel in 1994, Amman is uniquely positioned to play a positive role in the attempt to bring the Syrian conflict to an end. Agreement on the fact that IS and Islamic terrorism in all its shapes, forms and guises is the greatest threat to the regional and global security is shared by all three parties in the latest Syrian ceasefire deal — Russia, the US and Jordan — making them perfect partners to make this deal a success.

Also, just a week into Trump’s presidency, the King Abdullah became the first Arab leader to visit Washington, having come to discuss the Syrian war, the anti-IS campaign and regional stability. But Jordanian diplomats and security officials were not just visiting Washington. Moscow, another important center of power with high stakes in the Syrian and wider Middle Eastern affairs, was high on the agenda of Jordanian mediating efforts and a result of many months of intense diplomacy witnessed in Hamburg. This coordination behind the scenes helped lead to the meeting between Trump and Putin.

During a long-anticipated meeting between the two leaders, a crucial deal took place. The low-key commentary about the ceasefire from both sides leaves space for doubt of its durability, practicality and real impact on the conflict in Syria. However, the facts on the ground tell a different story.

Perhaps rather than taking sides in the conflict that has split opinions even among the most knowledgeable in global affairs — with emotive preferences colored by the media’s portrayals of one of the ugliest wars in modern history — taking a long, cold look at the facts may help shed light on how the deal came about and what the most likely long-term effects on the regional security developments may be.

To some, the significance of the Trump-Putin meeting is a harbinger of things to come. The underplayed significance of the ceasefire deal was voiced by President Putin, who stated that the de-escalation zone in southwestern Syria is a model to be followed in other regions willing to cooperate with Damascus.

While the meeting’s outcome was stunning, Trump’s opponents were enraged with it. Global social media had its fair share of attacks on the deal, comparing it with calling the arsonist to make a deal to put out the fire. Even the pope voiced his opposition to the emerging alliance between the US and Russia, calling it “dangerous.”

Despite all this, most importantly, the ceasefire seems to be holding well thus far. Various reports confirm that people from the region are hopeful that the situation will last. The details about policing and securing peace in the area are being worked out between Russians and Jordanians who are tasked with this challenging job.

What America has gained from this deal is a question that has remained unanswered. Fairly and squarely, Washington has scored a great victory on more than one account.

First, it has opened an avenue for a face-saving exit from the Syrian quagmire in which it had no chance of “winning,” especially since its regional Arab allies are in a total disarray amid the ongoing Qatar crisis.

Second, it has used a chance to end a dangerous game of picking a fight with Russia and Iran over Syria, which could trigger a wide regional and perhaps even global war, considering China’s interests in the region.

Third, but not last, the meeting between the two presidents has given birth to hope that collaboration with Russia is possible. To be sure, the ceasefire is its first test.

The Hashemite Kingdom, for its part, despite challenges and turmoil surrounding it, has made the very best choice in pursuing King Abdullah’s vision to take this last chance for peace. And not just for Syria, but, if the deal works and leads to a country-wide ceasefire and an end of hostilities, perhaps the model can be applied to an agreement on the long-overdue Israeli-Palestinian issue. On this matter, if the Hamburg summit is any measure to go by, Jordan would have the support of both the US and Russia. 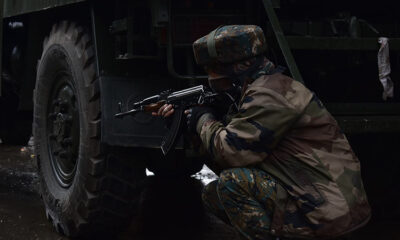 Countering Insurgencies and Violent Extremism in South and Southeast Asia 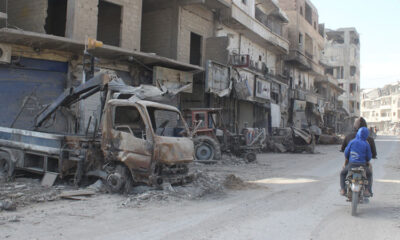 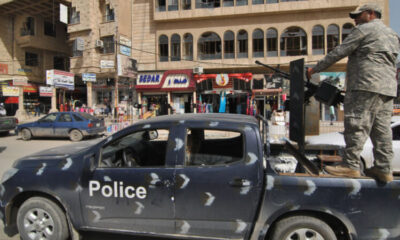 A Shadow Caliphate Emerges from the Ruins